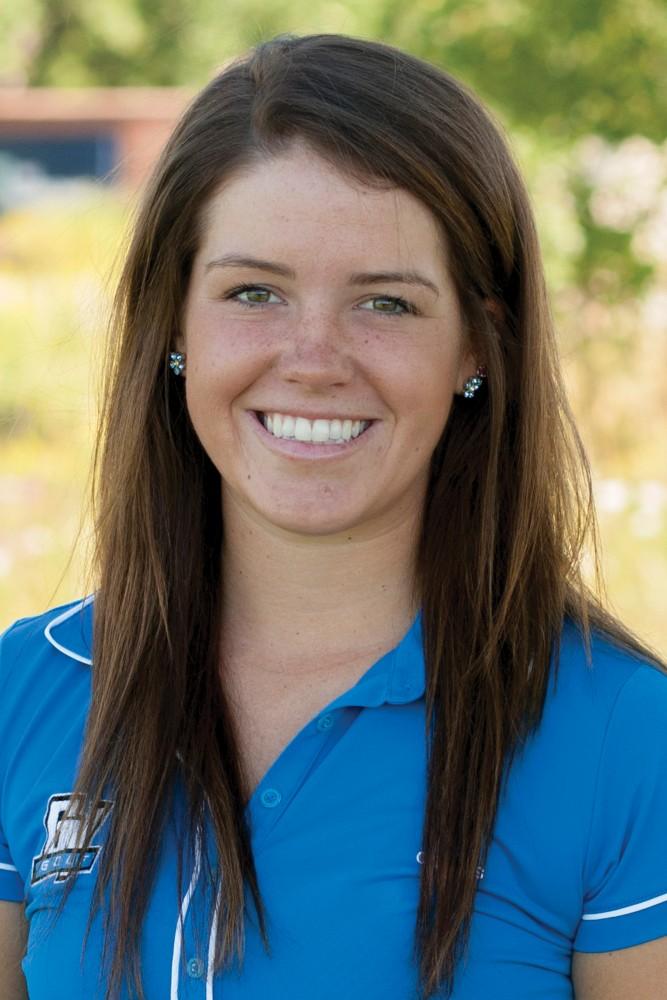 Junior Kelly Hartigan was no stranger to the Persimmon Ridge Golf Club after finishing in 16th place on the challenging course two years ago at nationals.

“It was nice to play well at that course and have confidence going into the next couple tournaments we have coming up,” she said.

The University of Indianapolis came away with a victory at the six-team event ( 27). Ferris State University came in second ( 29), while GVSU finished in a third-place tie ( 30).

As a team, GVSU put together a pair of strong performances on the road trip. On Sunday, the Lakers outlasted 22 schools at the Perry Park Spring Fling and won the event by nine strokes.

A trio of players earned top-25 positioning in Perry Park.

Head coach Rebecca Mailloux applauded her team’s performance in the event against some of the top talent in the region.

“Everyone had their moments when we needed them,” Mailloux said.

The strong showing of late seems to have lavished GVSU with a renewed sense of confidence, which is becoming more essential as the postseason draws near.

“Our confidence is very high,” Shipley said. “I feel like we now can start to expect a little bit more of ourselves.”

Mailloux’s team certainly appears to have the talent to do just that.

Hartigan — who won the GLIAC Women’s Golfer of the Year Award in 2013 — and Shipley were both all-conference first-team players a season ago, while Ryan was awarded All-GLIAC Honorable Mention plaudits.

“We can definitely beat anyone within the region,” Mailloux said.

These high expectations are expressed throughout the team, as well.

Hartigan said that, while the GLIAC championship is still the team’s main focus, “making it to nationals is the ultimate goal.”

The team’s play over the weekend brought great success both individually and collectively, despite the team being a bit “worn out” by the end of it, Shipley said.

“I think in the tournament over the weekend, we definitely played the best we’ve ever played together as a team,” she said.

Improving day-to-day is still at the core of the team’s collective effort, and it seems the Lakers won’t be easing off the gas pedal any time soon. They will have an opportunity to keep the momentum going this weekend in the NC4K Classic, an event at the Jefferson Country Club in Columbus, Ohio.