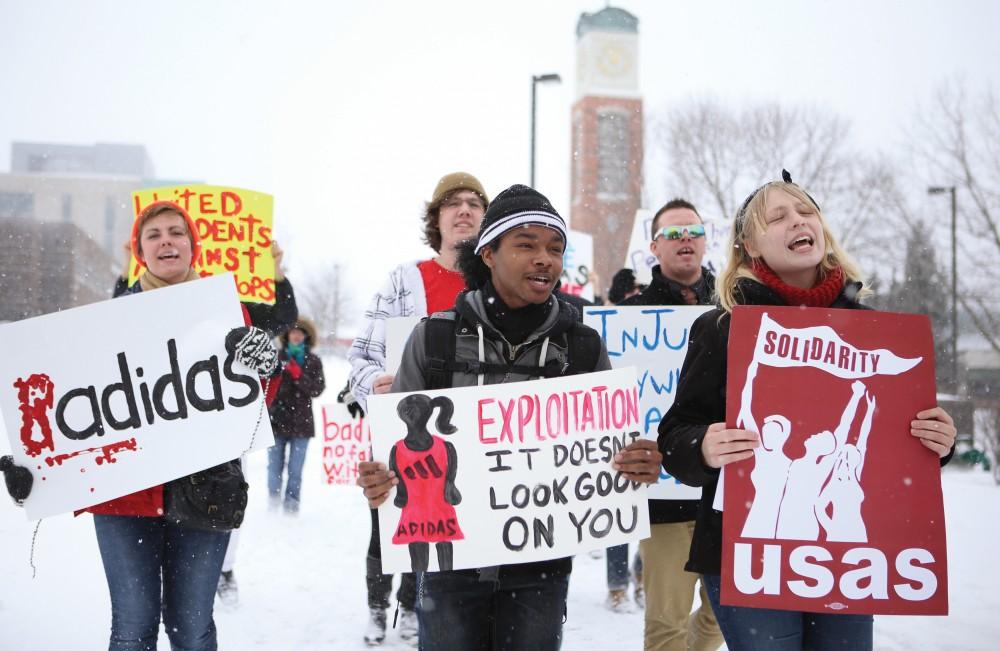 Recent controversy at Grand Valley State University has brought to question free speech on campus and if administrators consider any topics off-limits for discussion. While the GVSU administration claims to uphold students’ First Amendment right to free speech, the Foundation for Individual Rights in Education, known as FIRE, reported that the university’s policies compromise this right.

According to FIRE’s website, GVSU has earned a “red stoplight” rating — the worst rating for free expression on campus — after analysis of policies in 2013.

“I don’t understand FIRE’s action because there is no free speech issue on campus,” said Matt McLogan, vice president for university relations at GVSU. McLogan said the university’s policy on free speech is the First Amendment, which “entitles people to express views and supports those who may not agree with those views and other contrary opinions.”

Peter Bonilla, director of FIRE’s individual rights defense program, said the sole reason GVSU was given that rating was because of the university’s bias incident protocol.

“The ratings that we give universities don’t have to do with any one instance on campus, but are made on the basis of university policies,” Bonilla said. “Red light means that the university has one or more policies on its books that, the way they’re written on their face, violates the First Amendment. It’s in the subtleties in how the policies are written. Red light is clearly a violation as written and is unconstitutional, a yellow light is vague, and a green light doesn’t pose any threat to freedom of expression.”

“We note that many of the acts classified as bias incidents by the policy include speech that is protected by the First Amendment. Many ‘expressions of hate or hostility,’ for instance, constitute protected speech, as do incidents that cause ‘anger’ or ‘resentment,’” Bonilla said. “Further, there is no constitutional right to not be made to feel ‘belittled’ or ‘disrespected’ by another student’s expression. The sheer number of factors considered by the policy, including gender identity, gender expression, religion and even political affiliation makes it highly possible that intellectual debates or honest statements of opinion on sensitive topics can constitute a bias incident under the policy.”

Mark Richards, professor in the political science department, said that principles of equality and freedom are often seen to be in contrast and have tension with one another.

“The price of freedom of expression is that, inevitably, people’s feelings will be hurt,” Richards said. “However, that freedom does not include the right to harass others or discriminate against them. This is a balancing act that requires some fine lines to be drawn.”

Bart Merkle, vice provost for student affairs and dean of students, said the university tries to create a policy that facilitates free speech.

“They’re entitled to their opinion, but I think our bias incident reporting mechanism is a reasonable process,” he said. “We certainly don’t censor speech. (Bias incidents) are usually related to hateful speech. We fully subscribe to the notion that speech is a good thing, and we want to use speech to engage people in further speech.”

While freedom of expression is important, Merkle said, hateful speech should not be acceptable on campus.

“I’m not one that likes or appreciates hateful speech, but I respect people’s right to express themselves as they want to,” he said. “There can be consequences for that, and when people engage in hateful speech, it prompts a conversation of why they want to be so hateful. In an academic environment where ideas are expressed openly, I think that’s a good thing.”