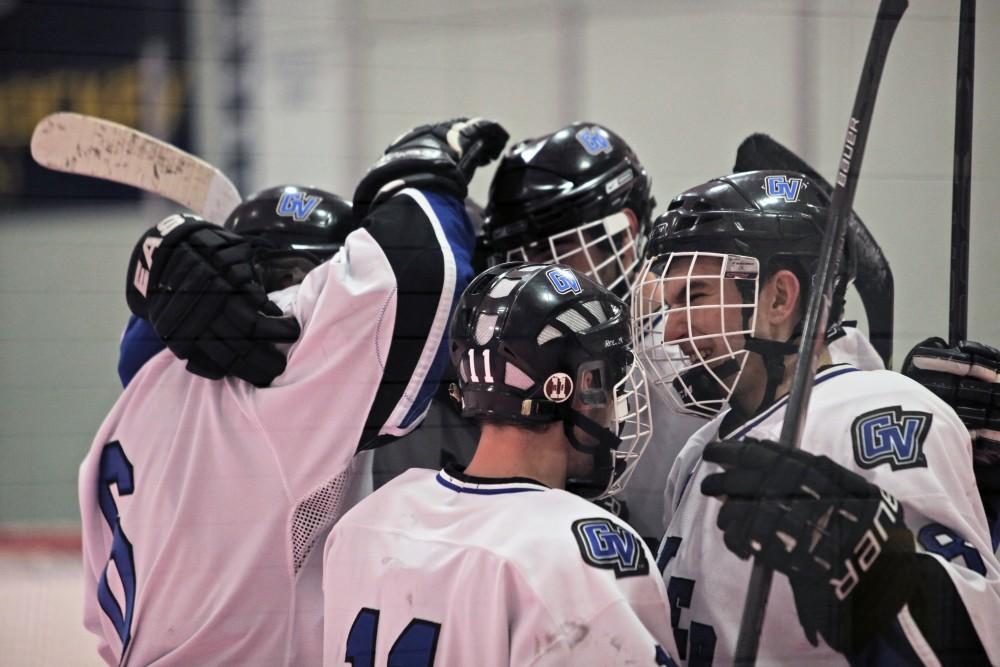 Tensions were high this past weekend between Grand Valley State and Davenport, as a pair of ACHA Division II hockey clubs battled for bragging rights and an automatic bid to nationals.

In game one, Davenport held nothing back. The Panthers slammed GVSU’s players on every board they could. GVSU retaliated hit for hit, which resulted in a very chippy game.

Penalties littered the scoreboard, players’ faces smashed up against the glass and one Davenport player was tossed for fighting.

Despite Davenport’s best efforts, GVSU’s steadfast core earned a 4-2 win on Saturday night, coming back from a 2-2 tie that disrupted their two-goal lead in the third period.

GVSU had an impressive performance from sophomore Collin Finkhouse, who scored two of the four goals. New goalie Spencer Craig also came up big when called upon, improving his personal record to 3-0 since joining the team in January.

“Those are the fun games,” said senior captain Matt Smartt. “In the first semester, we had games where we went 10-1, 12-1, and it’s kind of boring to be out there. But in games like that, you’re in it the whole game.”

The high-impact competition seemed to spark GVSU’s physicality and give the team an extra push. Finkhouse and Rainey said the teams are really starting to dislike each other.

“It’s always fun playing a team that’s like, 15 minutes from your rink,” Finkhouse said. “And Davenport is pretty close. They play us really hard. Last time we played them it went into overtime, but we should beat them every time.

“I guess when you’re the better team, people gun for you.”

After a grueling game with fists flying and penalties almost in the double digits, the Lakers fell to Davenport 4-1 on Sunday afternoon, with three of Davenport’s four goals slipping past GVSU’s defense in the third period.

Grand Valley State’s nationals streak does not end here, however.

The final ACHA DII rankings come out after next weekend’s games against Miami of Ohio. That’s when the Lakers will know whether they’ve earned an automatic bid to nationals, or have to trek off to regionals beforehand.