Title IX, GVPD partner with ‘It’s on Us As Lakers’ to host panel on sexual assault reporting 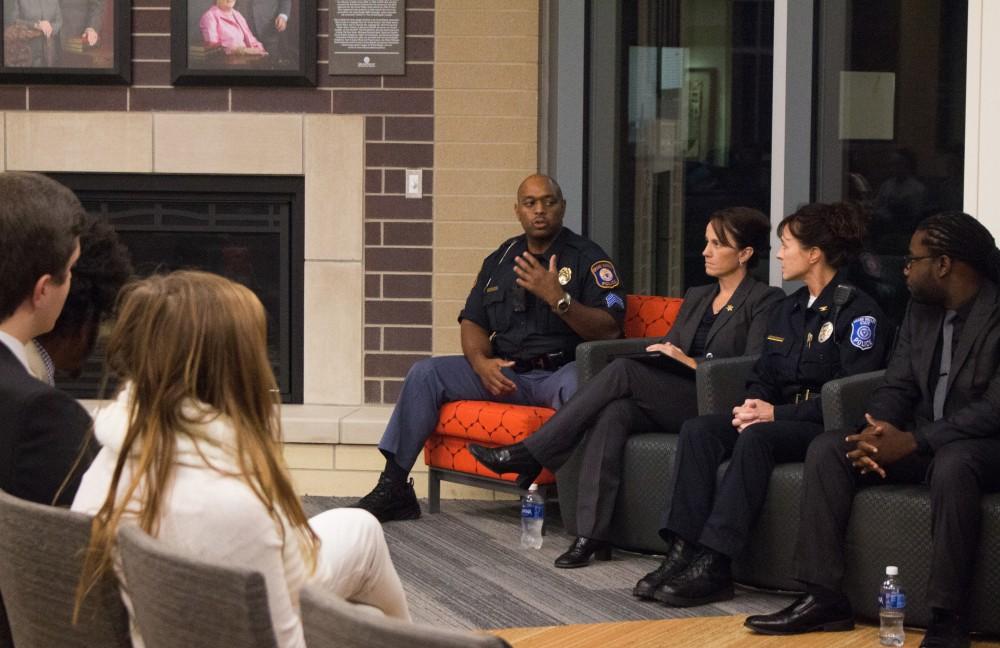 As cases of sexual assault have gained national attention, Grand Valley State University will be reviewing its own policies for handling cases and educating students on reporting processes with “What’s Next?: The Process of Reporting with Title IX and GVPD.” The event will be hosted by “It’s on Us As Lakers,” which has partnered with GVSU Police Department Acting Director Brandon DeHaan and Title IX Coordinator Theresa Rowland to lead the discussion Tuesday, Feb. 6, in the Mary Idema Pew Library Multipurpose Room.

In addition to DeHaan and Rowland, a detective from the Ottawa County Sherriff’s Office will be at the event as well. Rowland detailed some of the information that students can gain by attending.

“They will receive information (about) where students can go to get help, where are locations in the community where they can get appropriate medical care, what is the importance of preserving evidence for an investigation, where can students report and what services are available to students on campus,” Rowland said.

Michelle Roldan and Maddie Varvaeke, members of It’s on Us As Lakers, want to empower students with resources for themselves, their friends and their families. The group seeks to educate their peers so they are familiar with the law, understand their rights and know the resources available to them.

“Knowing these processes is so taboo; it’s hush-hush and it’s not something we are supposed to talk about because it’s just never supposed to happen, when in reality it does happen,” Roldan said. “We have to accept that, and in a sense not accept it and try to change it by educating and by spreading this awareness so that we can decrease these numbers to hopefully zero.”

With only 10 percent of assaults on campus reported nationally, Roldan and Rowland understand the fear that comes with reporting an assault. Victims may fear for their identity, fear blame, want to keep it a secret, lack a support system or not know who to report to. Nevertheless, officials say that reporting is imperative.

“Doubting yourself, questioning yourself and you get victim blaming from other people,” Roldan said. “That’s your doctor, that’s your (coworker), there’s just so many different factors, but I think when it comes down to it, it’s just fear, self-blame and victim blaming. It happens every day, and it’s not a victim’s fault.”

Rowland emphasized the benefits of reporting in two ways. First, reporting helps make sure the victim is safe and is assisted medically and emotionally. Second, reporting gives the police and university another resource to be able to monitor for patterns or themes in terms of assaulters.

“It’s really complex, but the more we report, the more we get out there about what is happening so we can develop programs and services that better meet the needs of those that have experienced it,” Rowland said. “It allows us to do better education, allows us to just do a better job in general, changing our culture.”

Ultimately, the purpose of the panel is to protect and inform students.

“It’s going to give them information that empowers them to be able to address their own needs, should they or have they ever experienced sexual assault or sexual harassment,” Rowland said. “It helps them to support a friend that has experienced it, and it will also help us to hold each other accountable. The more information we have, the better job we can do in our activist work.”