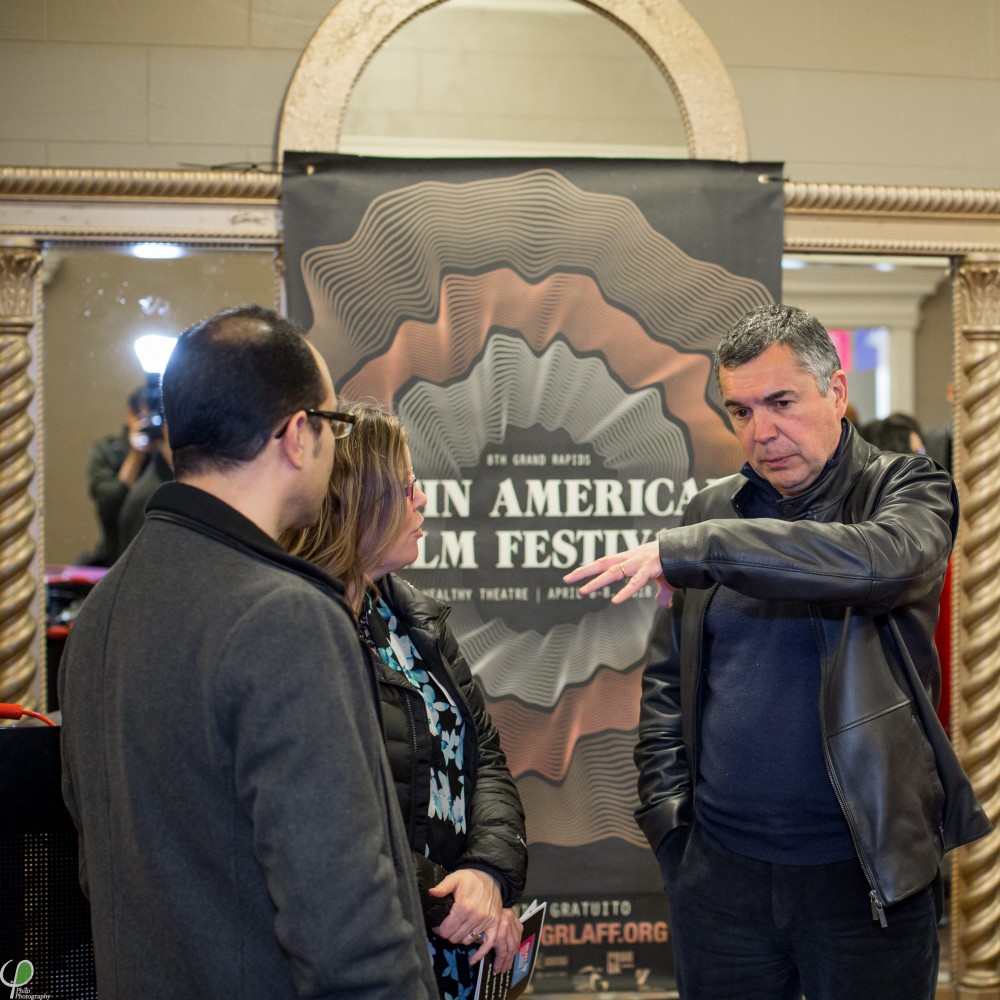 Living in the United States of America, we are constantly exposed to Hollywood blockbusters. Although we have spent hours siting on the couch, shoveling down popcorn and binge watching Netflix, many of us haven’t experienced the style, imagery and imagination of films set and created in other areas, such as Latin America. From Friday, April 5 to Sunday, April 7, multiple award winning films from Latin America will be displayed right here in Grand Rapids for the Latin American Film Festival.

This will be the ninth annual Grand Rapids Latin American Film Festival (GRLAFF) and will be free to the public.

“We want to show that even though there are cultural differences between the United States and Latin American countries, there are still a lot of points they can connect,” said Associate Professor of Spanish and Co-Chair of the Organizing Committee for the GRLAFF Mayra Fortes González. “A lot of these films show different human experiences and people can relate to these experiences and similar struggles.”

“Students from each college will be serving as volunteers for the festival,” said Co-Chair of the Organizing Committee for the GRLAFF Médar Serrata.

In 2018, the GRLAFF was recognized as an outstanding event, winning the local Grand Rapids Grandy award for Outstanding Art Event (Judge’s Choice).

“Over a thousand people attended last year,” González said. “I think people really enjoy the relaxed atmosphere where they can come, see a nice film and connect with other people who are interested in cultures.”

The GRLAFF will be located at the Wealthy Theatre in Grand Rapids. People will have the opportunity all weekend to come out and see the engaging visuals and thriving sounds of Latin America through nine films, including five short films. A majority of the selections are recent contemporary films with drama and humor.

“Academy award winning film from Chile for Best Foreign Film, ‘A Fantastic Woman,’ will be showcased,” González said. “We also have a documentary on the super famous Costa Rican singer Chavela Vargas.”

Over the course of three days, a variety of films from different countries will be shown including selections from Mexico, Columbia, Brazil, Chile, Argentina, Columbia, Ecuador and the Dominican Republic.

To keep up with the fun and lively atmosphere, GVSU Spanish majors will be presenting puppet shows throughout the festival.

“We will have live puppet shows for kids to enjoy,” González said. “These will happen Saturday from 12 to 3 p.m. and Sunday from 1 to 3 p.m.”

Along with the Latin American films and puppet shows, people will have the opportunity to meet with professional directors of the films. Nelson Carlo de los Santos Arias from the Dominican Republic will show his famous film “Cocote” and Daresha Kyi from the U.S. will display her well known documentary “Chavela.”

“The directors go and interact with the audience on any questions they might have after watching the film,” González said. “It’s a great opportunity to actually meet real directors.”

The GRLAFF will have a little something for the whole family, as there will also be showings of kids’ animated films from Columbia.

“Seeing the community coming together and interacting, talking about the film is the best part of the festival,” Serrata said. “I love seeing the sense of community.”

Free Caribbean and Mexican dishes will be provided from local restaurants paid by generous sponsors of the GRLAFF. People are encouraged to come, socialize, grab some delicious food and enjoy an entertainment-packed night exploring the diverse cultures of Latin America.