Student to make directorial debut with ‘God of Carnage’ 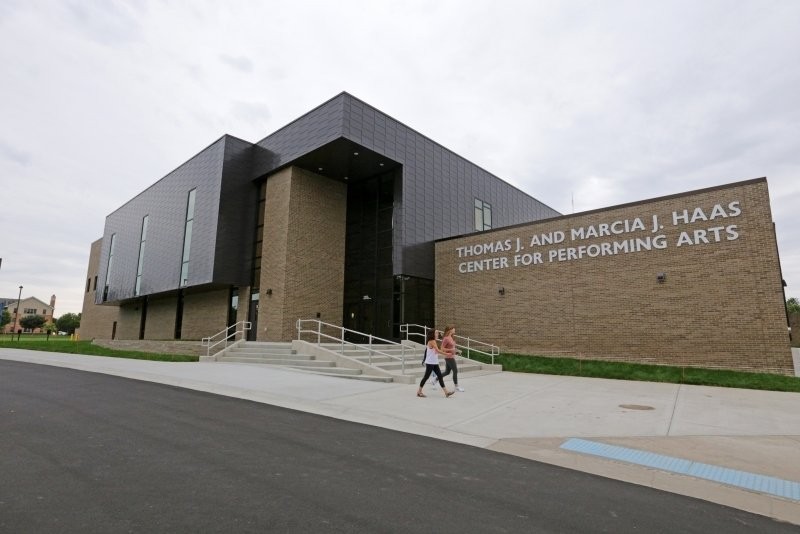 Since 2002, Grand Valley State University’s Performance Studio Series has given theatre students the chance to put on productions with minimal faculty supervision. As one of the only universities to do so, students direct, produce, design and act in multiple shows per semester.

Faculty advisor Karen Libman said that theatre students take courses to learn a variety of theatrical skills, and the series allows students to “experiment with it, to get more creative with it.”

“Being able to apply those (skills) in a production circumstance where they are in charge of everything, from the directing to the set design to all of the technical elements, allows them to really apply what they know and what they’re learning,” Libman said.

Having an opportunity to work on productions with an all-student crew is “relatively rare,” especially giving students access to professional equipment. She said that the Performance Studio Series is “kind of an unusual thing” for theatre programs.

For the final show in the series for the winter semester, the theatre department is presenting “God of Carnage,” a challenging play that involves only four actors. Theatre major Ron Boudreau will make his directorial debut, having only worked with two-person casts in directing classes. Boudreau is among the few student directors stepping into the role without an acting background.

“It’s very different working with a bigger cast,” said Boudreau. “Having four actors on stage has been a very big change, but also great because there’s so many more minds bringing ideas to the table and they’re all great to work with.”

Boudreau said that he primarily works in costumes, but suggested that directing could be a new venture for him once he experiences the full process.

“It’s been interesting to finally be able to see more aspects of production versus just the behind-the-scenes tech work,” Boudreau said.

While the Performance Studio Series gives students the chance to hone their skills in leadership positions, working with peers also benefits the actors. Sophomore theatre student Alex Fetelea said that although each director is different, working with a student director is a great learning opportunity for everyone involved.

“This is a good opportunity for up-and-coming directors to learn how their directing style works,” Fetelea said. “And in general, working with any director is a very interesting and cool opportunity.”

Students are solely responsible for making all the decisions regarding props, costumes, audio and lighting. Fetelea, who has acted in three other GVSU shows, said that the student-run productions can be challenging to conduct as everyone learns to navigate the process.

Libman, who supervises Boudreau’s directing, said that “God of Carnage” challenges students with comedic timing and subtle details. The play depicts two sets of parents meeting to discuss their children after one hurt the other, with the parents becoming more childish as the discussion continues. Libman emphasized the play’s dark sense of humor and the need for Boudreau to understand every aspect of it.

“The most particular thing this play demands is to really foster this deep sense of ensemble between the actors in order to make the script, which is a very tight script, work,” Libman said.

“This is a very hard play,” Fetelea said, referencing the need to perfect the joke timing. “Each (play) has their own challenges. Comedies are difficult in themselves, they need to be the right pacing.”

Libman said that Boudreau is a “wonderfully gifted director” and that the Performance Studio Series is a “culminating experience for his senior year.” Boudreau will direct “God of Carnage” Feb. 21-23 at 7:30 p.m., with a final 2 p.m. showing on Sunday, Feb. 24. All performances will take place in the Linn Maxwell Keller Black Box Theatre.