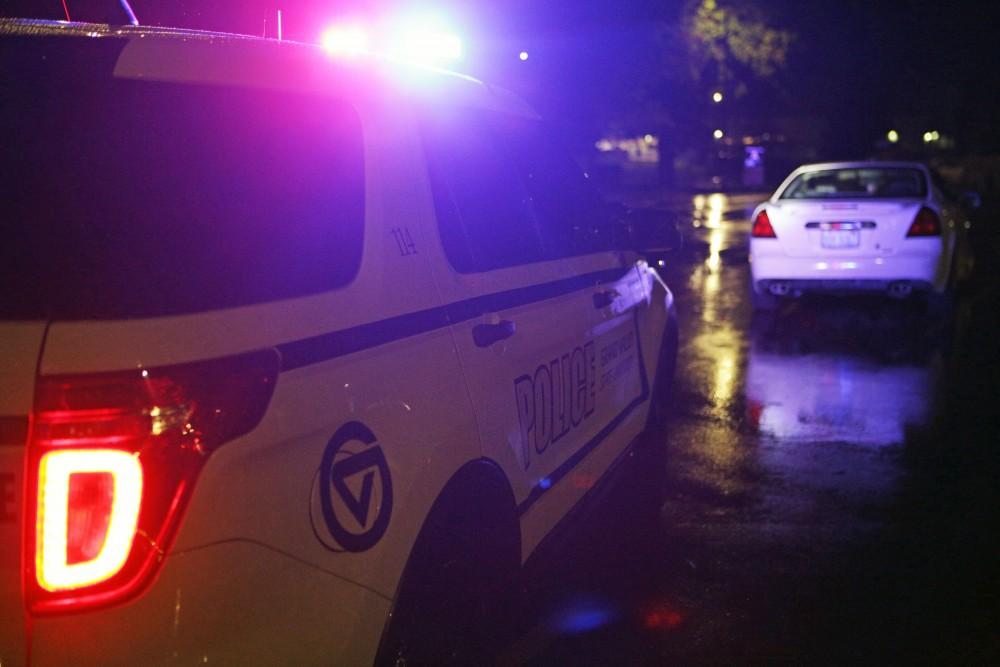 Grand Valley State University’s presence in downtown Grand Rapids has been amplified in recent years with the addition of Finkelstein Hall, the proposed construction of a parking ramp shared with Spectrum Health and the ongoing expansion of the engineering school. As the Laker community continues to grow in the big city, Grand Valley Police Department recognizes the subsequent need for increased security. GVPD now has two officers on duty near the Grand Rapids campuses, the first step in their plan to establish a downtown GVPD unit.

Upon the opening of Finkelstein Hall in fall 2018, GVPD assigned officer JP West to patrol the Grand Rapids campuses weekdays between 7 a.m. and 3 p.m. Starting this week, officer Andrew Dusendang will start his new job patrolling in the evening.

“Between the Pew Campus and the expansion of the health campuses, along with other ongoing construction, we recognized the need for more GVPD officers to be present downtown,” said Capt. Kourosh Khatir, who oversees the downtown unit.

“The calls made in Allendale are different than the kinds of calls that require a response downtown. The urban setting leads us to deal with theft and trespassing more than things like MIPs and noise complaints…. If someone gets robbed across the blue bridge, (the perpetrator) can run over the bridge and suddenly they’re on our property. We have to be prepared for that.”

Dusendang has been with campus security for nearly three years, starting as a part-time dispatcher in Allendale and then joining the security staff downtown. Dusendang will patrol the downtown GVSU facilities on weekdays from 3 p.m. to 11 p.m.

“For now, the goal is to have police coverage during operational hours of the university. Once more officers are brought in we can expand those hours to cover the weekend, but for now we are able to cover the majority of campus activity with these two shifts,” Khatir said.

“Our communication with (Grand Rapids Police Department) has improved as well now that we can contact them via radio system. We were unable to do this before — we’d have to actually call GRPD  but they can now dispatch our officers as needed via the police communication system.”

According to Khatir, a new GVPD office downtown is also in the works to accommodate the growth of the unit. GVPD and campus security will take over the facility where engineering is currently located and occupy the new space on Aug. 1.

“Security and law enforcement go hand in hand. The campus security staff is our eyes and ears on campus, but they do not have power to arrest or enforce criminal law, nor do they carry any weapons,” Khatir said. “Currently we have six full-time security staff members downtown. We might have one more officer by August… The ultimate goal is to have four officers and a sergeant working downtown.”

Though there’s no definitive timeline yet for when GVPD will fully staff their downtown unit, Khatir said it’s likely to happen within the next year, along with new opportunities and the expansion of a cadet program for criminal justice students at GVSU.