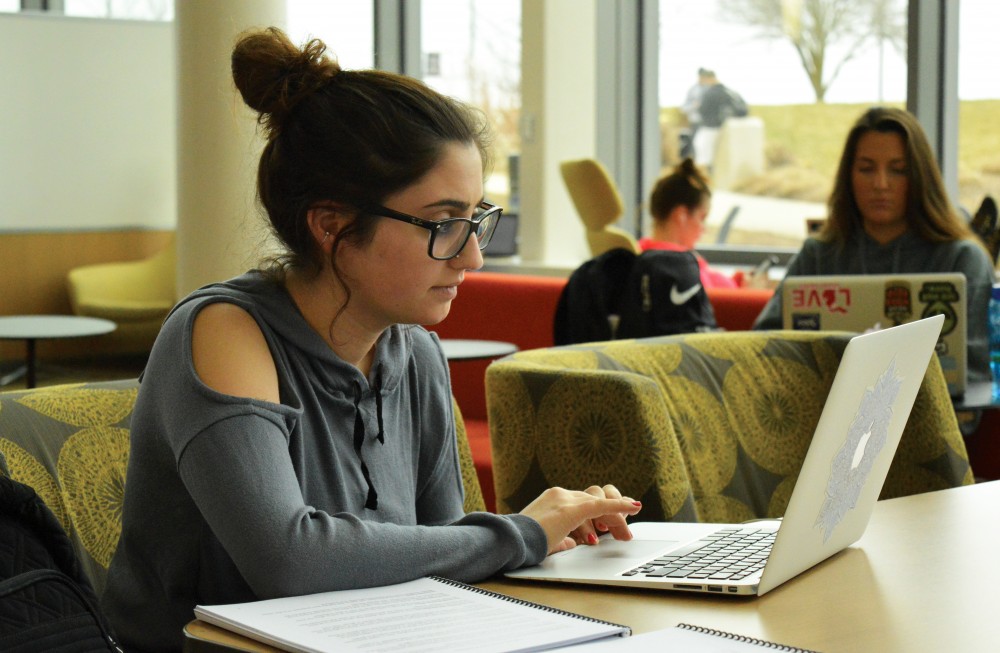 It’s finally April, and final exams are approaching quickly for students at Grand Valley State University. Some students are breathing a sigh of relief knowing that the end is near, but according to Grand Valley Police Department, preparing for finals also leaves many students buckling under extreme pressure. GVPD Capt. Jeff Stoll confirmed that last week, four GVSU students were hospitalized due to ailments of poor mental health and encourages struggling students to de-stress and prioritize their well-being.

“Moving into April, the stress of finals can be so overwhelming that it creates a physical reaction such as panic attacks or breathing troubles, but can also cause people to feel suicidal… Unfortunately, it’s not uncommon this time of year,” Stoll said. “It’s a tough time of year for students, especially seniors.”

The department has responded to nearly 20 mental health crises within the Laker community since January. GVPD is able to respond to students who need immediate attention, but from there, Stoll hopes students will utilize resources and safe spaces found on campus. The Counseling Center is a great resource for students who need emotional support and a listening ear, but counseling isn’t the only way to recoup and reduce stress as finals week approaches.

“Mental health can be addressed by several departments on campus; the rec center is a great way to cope and unwind,” Stoll said. “Resident Assistants (RAs) and living center directors on campus are there to be supportive and help students smooth out issues that arise. We are all here to ensure that the students can not only finish the semester strong but put themselves on a good track toward the future.”

Resident Assistant Marshal Brummel emphasizes the role of campus RAs and how they are trained to look for certain signs and communicate with residents.

“The function of an RA is primarily to monitor and refer,” Brummel said.

“I monitor what my residents do and say. It’s common for RAs to do programs about stress reduction or community resources so residents know how to help themselves, but outside of referring students to counseling, I usually try to figure out the source of the issue… I can’t do much for a student who’s having family issues, but for students who are stressing over their grades, I refer them to various tools I use and encourage them to get a tutor or any other academic help they may need.”

Some time at the gym, a nice long walk, movie night at Kirkhof or even a good tutoring session could do wonders for the struggling student. During the week of exams, GVSU hosts “Exam Cram:” a week of fun, relaxing and intellectually stimulating events to help students decompress and thus improve their productivity.

Student Senate President Rachel Jenkin expressed that though it’s time to buckle down on classwork, students shouldn’t let the pressure of a perfect grade destroy their sanity.

“I would suggest to students to talk to their professors more than anything else. Sometimes students have multiple exams in one day and are overwhelmed, but do not realize they can get it moved. I’m not sure the best way to teach students to not take the pressure of grades so seriously, but it is something I think we need to work on as a society, because it can truly feel like the end of the world if you fail a class or get an exam grade that makes your GPA tank. Maybe this is something professors could address, given that their voice is the most powerful when determining the value of grades,” Jenkin said.