Suspect in off-campus rape at large 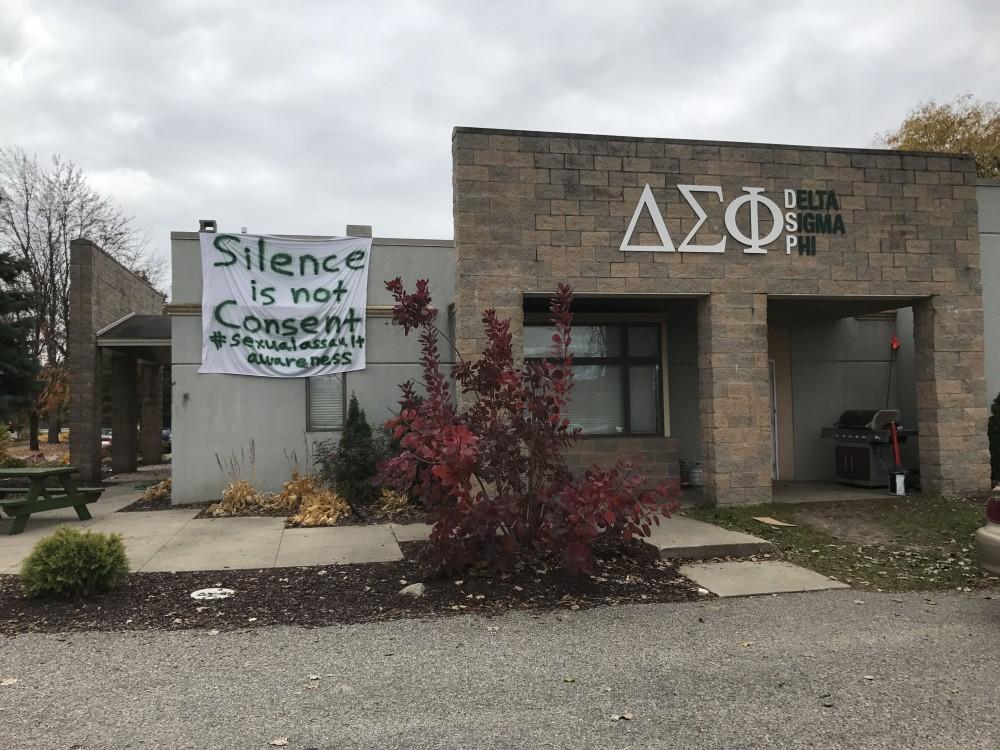 Editor’s note: After publication, the alleged rape that this story describes was confirmed to have not happened. See http://www.lanthorn.com/article/2018/11/false-report for more information.

The suspect involved in a reported rape near campus during the first weekend in November is at large, and Grand Valley Police say the suspect is a continuous threat to the GVSU community.

“Unfortunately we don’t know any more than anyone else, but we encourage anyone with information to contact Ottawa County,” said Community Assistant at the Alpine Apartments Ramiro Vega.

Since this act did not occur on campus property, the Ottawa County Sheriff’s Office – not GVPD – is investigating the incident.

Alpine Apartments sent an e-mail alert to all residents about the incident and is employing extra security measures.

In regards to this incident, Title IX Coordinator and Equity Officer for Division of Inclusion and Equity Theresa Rowland said that an administrative investigation is in place and encourages students to be vigilant.

“We will respond quickly and effectively and assist those who contact the Title IX Office by coordinating interim safety measures and academic accommodations,” Rowland said. “We encourage anyone seeking support and resources to contact Krystal Diel, Victim Advocate. Additional reporting options, along with health and safety options can be found at www.gvsu.edu/safety.”

Because the perpetrator of the assault is unknown, this is a continuous threat to the Grand Valley campus community. Students are advised to stay vigilant: keep an eye on friends at parties and never leave drinks unattended. Students can download the GVPD RAVE LakerGuardian app on their smartphones to submit anonymous tips via text message or obtain a virtual guardian while they walk alone.

Anyone with information should call the Ottawa County Sheriff’s Office at (616) 738-4022 or Silent Observer at (877) 887-4536. Your tip could prevent another student from being a victim of sexual violence.

If you see suspicious activity, call 911. If you are a victim of sexual assault, seek assistance by calling police. Additional resources are available through the GVSU Center for Women and Gender Equity and Victim Advocate Krystal Diel at (616) 331-2748 or [email protected]