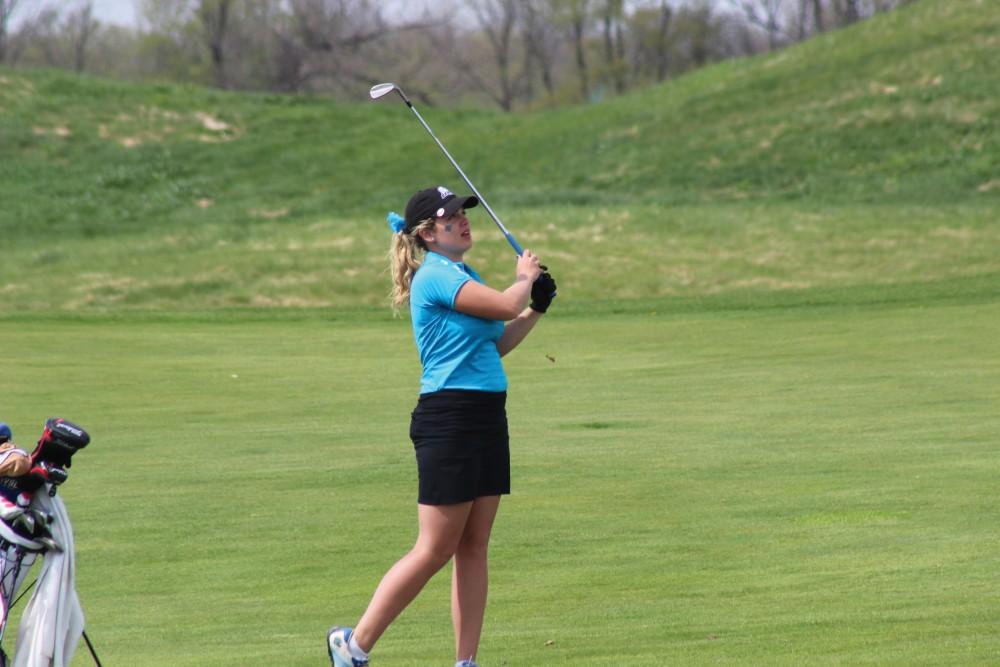 It was a tough Cardinal Classic for the Lakers – one they’d probably like to have back. The 62-over-par 638 gave GVSU an 11th-place score in the 16-team tournament.

“The shots that were costing us strokes were not off the tees this week,” Mailloux said. “It was around the greens. They hit the ball really well, but the short game and inside 120 yards wasn’t where it needed to be.”

After a strong, second-place finish in her last invitational, junior Gabrielle Shipley was hoping to take her performance up a notch. It looked good for her as she tallied the second-most birdies by a player in the second round (five), but those were negated by seven bogeys.

Paired with her round one 77 (+5), Shipley finished the Cardinal Classic with a 12-over-par 156. She ended the tournament in a tie for 27th place, as did sophomore Julie Guckian.

Guckian shined on a sunny day two, draining 12 pars and matching Shipley’s 156 (+12) across 36 holes. She participated as an individual at the event.

“She really had it going (Tuesday) for a little while,” Mailloux said. “Certainly she went out and played some good golf this weekend and that’s promising heading into the home tournament this weekend.”

Senior Kelly Hartigan finished one shot behind her teammates. She recorded a nine-over-par 81 in day one, but found her stroke in the closing round, shooting a four-over 76 to reach a tie for 32nd place.

She managed to par 10 holes in round number two, but after the tournament, the competitive senior leader was left wanting more.

“I didn’t play up to my potential,” Hartigan said. “I thought I came out with a score that I was satisfied with but could have done better.”

Sophomore Alex Taylor grabbed a tie for 47th individually after shooting a pair of eight-over 80s in the tournament. Senior Molly Esordi tallied a pair of 83s, scoring a total of 166 (+22), while freshman Samantha Moss shot a 166 (+22) after posting scores of 82 and 84.

Nonetheless, after facing stiff competition early – 26 Division I teams in two tournaments so far this fall – the GVSU players benefitted from being forced to adapt quickly.

“I don’t think we’ve all played well on the same day and I think that it’s coming soon,” Hartigan said. “That will show our real potential.”