Alcohol a factor in crash near GVSU; four injured 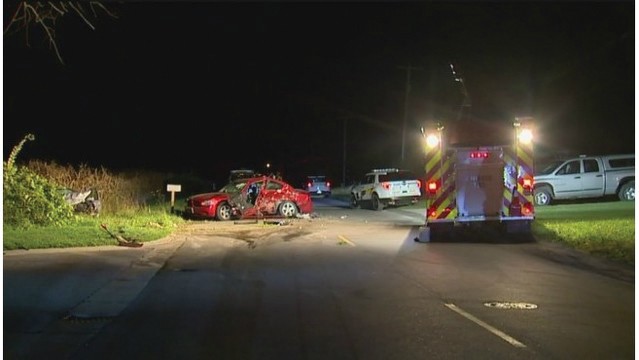 Four people were injured in a two-vehicle crash near Grand Valley State University on Thursday, Oct. 4.

The crash happened just before 11 p.m. Thursday on Pierce Street near 52nd Avenue in Allendale Township.

According to Grand Valley State Police, a 19-year-old GVSU student from Rochester, Mich. was turning left into the Mystic Woods Apartment complex when another car attempted to pass on the inside and caused the collision.

The student was taken to the hospital in serious condition, but is stable and expected to recover.

The at-fault driver, 18-year-old Chancellor Bennett of Allendale who is not a Grand Valley student, was taken to the hospital for treatment. After he was released, the sheriff’s office said he was taken to jail and held on the charge of operating while intoxicated causing serious injury, a crime that could keep Bennett behind bars for up to five years.

GVPD Captain Jeff Stoll said they had received a call regarding Bennett’s erratic driving just moments before the crash occurred.

“We got a call about a reckless driver who was suspected to be drunk, so we went to check it out,” Stoll said. “We arrived at the crash shortly after it happened.”

This incident hits close to home for many GVSU students and serves as a reminder not to drink and drive. Stoll said that alcohol is a consistent factor in many of the serious emergencies GVPD responds to.

“MIP (Minor in Possession) is now considered a civil infraction, it used to be a misdemeanor. We weren’t really taking kids to jail for MIP anyway, but people are diminishing the consequences of drinking due to this,” Stoll said. “Younger students are becoming more open to drinking, and that leads to more of their friends drinking, and subsequently leads to poor decisions being made.”

For Bennett, his one poor decision could alter not only the direction of his own life, but three others. If you suspect someone is drinking and driving, call 911 immediately or text a tip to GVSU dispatch via the Laker Guardian app.