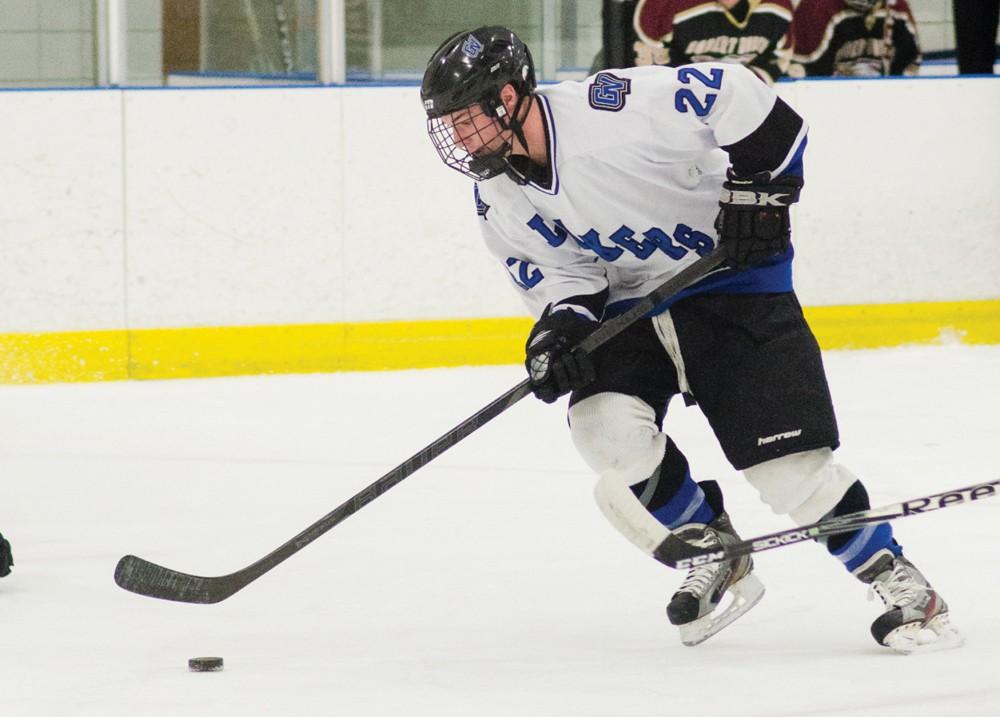 There are few things in life that are lasting, a truth that seasoned Grand Valley State University men’s Division II club hockey coach Mike Forbes is well aware of.

“I’ve always told the guys and continue to preach there is nothing in sports that is permanent,” Forbes said. “Your win/loss record is one thing, but just because you’re going well one day doesn’t mean that’s going to continue. Things always change.”

For Chad and Brad Wilhelm, the two leading goal scorers for the Lakers this season, being brothers is one of the rare constants.

Chad, the eldest Wilhelm and a junior, and Brad, a sophomore, grew up in Carmel, Ind. playing hockey together in the backyard. Surprisingly, this season was only their second ever playing together. The dividends produced from the pairing so far have been tantalizing.

The Lakers boast a record of 24-5-3 on the season and have secured a berth in the American Collegiate Hockey Association (ACHL) Division II championship slated to begin March 15. The Wilhelm brothers have played a major role in the team’s winning equation and have made their impact felt in more than just the stat sheets.

“I would say Brad, although he’s a leader in scoring, he’s not a vocal leader in the locker room,” Forbes said. “Chad on the other hand is a lot more vocal. We look to different people and their leadership capacity and both of those guys lead, not only in point getting, but they are also a positive influence in the locker room. That goes without saying.”

In most sports, being offensively proficient can be used as an excuse to neglect defense. Forbes and the Wilhelm brothers understand that in hockey, one can’t be had without the other.

“We ask that all of our guys are responsible defensively and they’ve bought into that,” Forbes said. “Sometimes when you have somebody that’s gifted offensively, the biggest challenge you have is to get them to cutback and work in your own zone, and that hasn’t been an issue with either of the Wilhelm brothers.”

They may share a name, but both Chad and Brad’s playing styles are distinctly their own.

“Chad’s got a really good shot, he can put it on net really well,” Brad said. “I’m much more of a passer, much more of a finesse player. I think together we bring a lot of speed and athletic ability.”

The roles between the brothers are also uniquely established.

“I mean, of course big brother’s always going to stand up (for) little brother,” Chad said. “Whenever I see him get hit, I’m the first one to yell at the refs. We always try to help each other out. That’s a big part of being brothers, right?”

To balance point disparity and to maintain balance, Chad and Brad generally skate on separate lines with players that best compliment their individual skill-sets. They have enjoyed using their competitive efforts as teammates for a change, instead of against each other, and could continue do so for at least another year.

For their chemistry, talents and the brotherhood they put on display, coach Forbes couldn’t be more pleased.

“We’re lucky to have them,” Forbes said. “They’ve been consistent offensive performers the last two years and they’ve both elevated their game this year. We’re also fortunate in that we have that kind of camaraderie not only with those brothers, but with other guys in the room. We’ve got a pretty tight-knit group.”