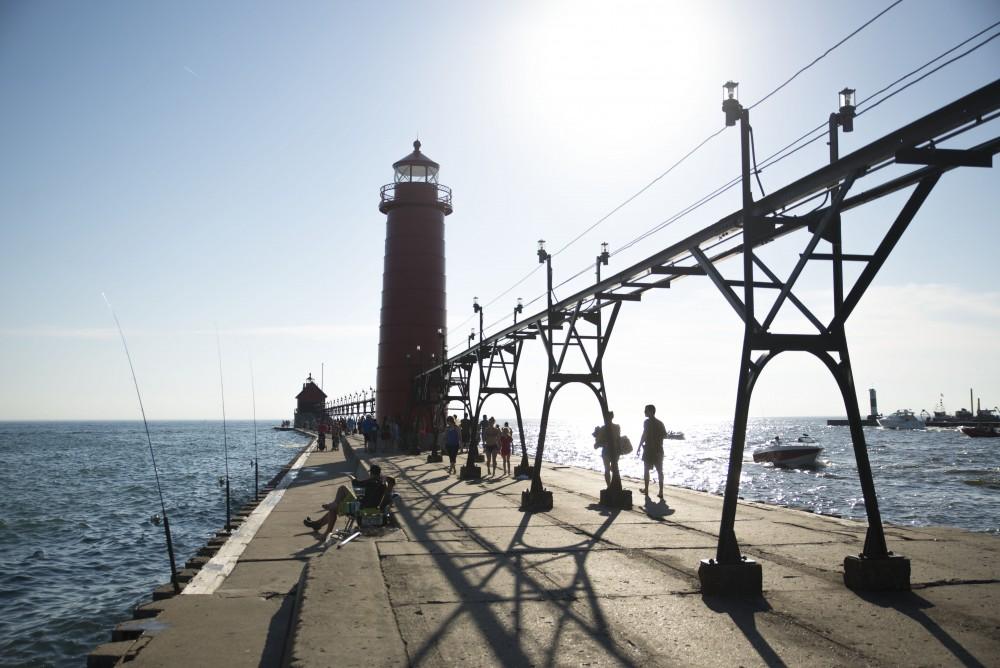 Grand Haven is one of the premiere tourism destinations on Michigan’s west coast. With Pronto Pups, miles of beaches stretching along the lake and well-known lighthouses, Grand Haven has many attractions. So how many people visit and how much money do they spend?

Since no study has ever been conducted to see the way tourism effects the local economy, Grand Haven enlisted the help of Grand Valley State University to gather the data.

“We have this exceptionally rich talent pool sitting right on our doorstep, so that’s why we approached Grand Valley first,” said Pat McGinnis, City Manager for Grand Haven.

Linda Chamberlain, director of technology commercialization at GVSU will serve as the project manager for this study.

The task of gathering and processing all this information was a collaborative one, with three colleges within GVSU working together. The Seidman College of Business, the Hospitality and Tourism Management department with the College of Community and Public Service, and the Statistics department within the College of Liberal arts And Sciences all shared the workload.

Data for the study is being gathered by students throughout the summer. Students will be in the city 40 different times during the summer gathering data and handing out surveys for the study. Their findings will be cross referenced with cameras set up around the city to get an accurate count of people. The survey being handed out serves a variety of purposes for the study.

“The survey is also acting as the count tool, and the email that we ask for on the survey is acting as the means for a follow up survey that will get all of the information on tourism.” Chamberlain said. “So the faculty found a way for one act, one request for information and input, serve three very different purposes.”

McGinnis was thankful for the help from GVSU, saying they were “very accommodating” and helped put the right people from departments together.

The data collected is going to be used in a variety of ways by the city. It will first help to dictate how the city markets itself, including in grant applications, sent to the state park organization to determine funding, and shared with interested private citizens and organizations, said McGinnis. This data will also allow the city, and other organizations such as the state police, to plan better for the summer rush of people.

“I expect the outcome to be (that) we’re going to be able to do a better job providing public services,” McGinnis said. “We’ll have a more credible estimate of the number of people that are coming here in the summer.”

Besides being reported to the city, the data will also be given to the four other organizations who sponsored and funded the study: the Grand Haven Chamber of Commerce, the Grand Haven Main Street Downtown Development Auhority, the Grand Haven Area Convention and Visitors Bureau, and the Michigan Department of Natural Resources Parks and Recreation Division.

Final results from the survey are expected to be released at the end of the year.