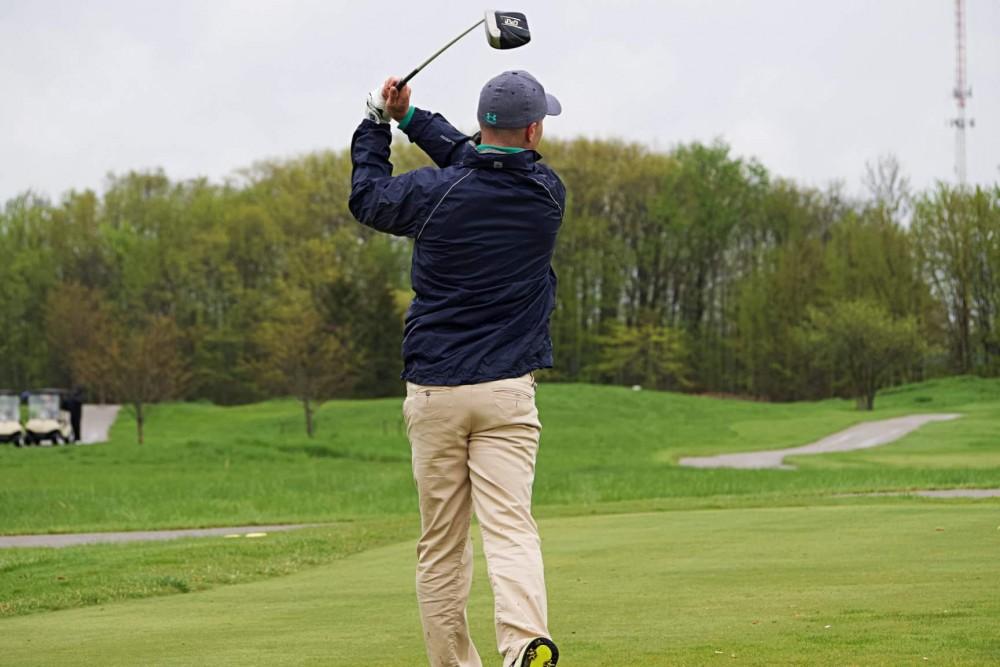 Young Life, a non-denominational Christian organization working to teach middle schoolers, high schoolers and college students about Jesus Christ, hosted their 17th annual golf outing on May 11. Volunteers from the Eastern Ottawa group hosted the outing to raise money for their organization, which focuses on building friendships with students throughout the school year, no matter their religious belief. The golf outing specifically supported the 11 schools where Young Life staff members gather for ministry.

For the past five years, the group has played on Grand Valley State University’s own Meadows Golf Course, which is run by Professional Golfers’ Association veteran Don Underwood. This year the course was maxed out with 122 players, 20 volunteers and 20 Young Life leaders.

With such a successful turnout, GVSU Young Life leader Ryan Elders hopes to bring in 200 golfers next year, and hopes to host both a morning and afternoon flight.

Despite the cool weather and rain, every golfer who signed up came to play. The game was organized into a scramble, with 34 teams playing all 18 holes. Teams of four competed for the best shot, and whichever ball went closest to the pin was their next point to hit from.

“I think it was kind of miserable for people playing, but there was almost some sort of camaraderie and bonding that happened because people went out and weathered this horrendous situation,” Elders said. “I kept asking people ‘why are you doing this, just go home, you’re (going to be) frozen and get sick’ and they (replied) ‘we said we were going to, we love Young Life and we want to show up and do this.’ I thought that was great.”

They also held smaller events along the course, including ‘Beat the Pro’. Former high school Young Life participant Nick Carlson, who is now ranked 266th in the world as an amateur golfer, played against the groups’ best shots.

“(Carlson) went to Hamilton High School (and) grew up playing the Meadows as his home course,” Elders said. “He did Young Life all through high school. It was kind of cool for people to see if they could beat him.”

The golf outing is one of two fundraisers put on throughout the year – the other being the Young Life fall banquet. Any money raised at these events is put toward hiring new leaders and is sometimes used to take participants on trips to one of the several Young Life camps across the world.

“As leaders in Young Life we emphasize the importance of showing up in people’s lives,” Elders said. “It meant a lot to me that 122 people showed up to play golf on behalf of our community and on behalf of this ministry. It speaks volumes to our organization and the people who are involved in it. They’re people who show up.”