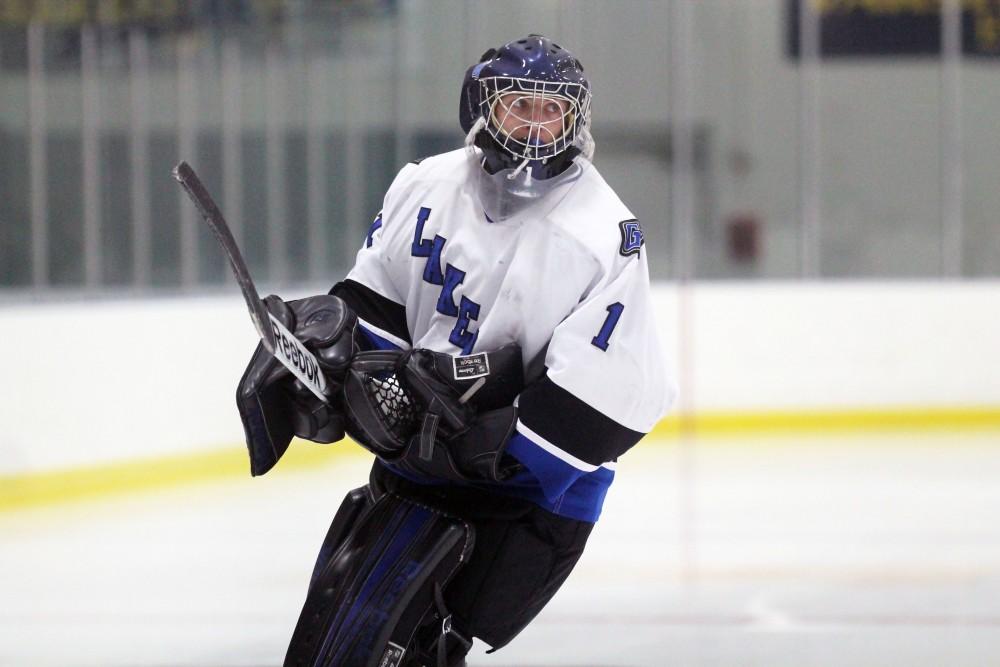 The winter sports season is well underway and, while it has continuously gotten colder each and every week, the Grand Valley State Division II club hockey team has been on a hot streak.

GVSU had somewhat of a letdown in a 4-4 tie Friday night, however, as the Lakers were unable to defeat Davenport University.

Jacob Endicott, Corbin Rainey, Ian Hamilton and Tony Russo scored for the Lakers, demonstrating just how much depth the team has.

“I think our comfort with everyone and having faith in each other allows us to not count ourselves out until the final buzzer,” Russo said.

Speed and physicality have been defining characteristics of the Lakers this season, with a balanced offense and a rock-solid defense. Both goalies, Doc Hoekzema and Ryan Morey, have been impressive with 90.8 and 88.1 save percentages, respectively.

It’s been the collective efforts of different players that has given rise to the success of the Lakers on the ice. GVSU coach Mike Forbes said the reason for such success has been the character that each of his players has shown, taking criticism well and being open to making adjustments.

“There’s been no quitting on this team, and the guys have been very responsive,” Forbes said. “They’ve had slow starts for the last three games, but they made the changes they needed to.”

The Lakers have sustained injuries over the course of the season, but it hasn’t stopped them from finding the net. Defenseman Nick Heinrich attributes their continued success to the team’s focus and players stepping up to when they’re needed.

“We’ve always been able to play our systems and dial down and focus when we needed to,” Heinrich said. “The time that we’ve spent together has helped us build trust and have faith in one another to make comebacks when we’re down.”

While Forbes said there are some areas needing to be shored up, there are half a dozen players that step up every game.

“There’s a saying about being a lone wolf, but that doesn’t apply to us,” Forbes said. “We have a pack mentality.”

The Lakers head to Indiana this weekend looking to upset Indiana University.