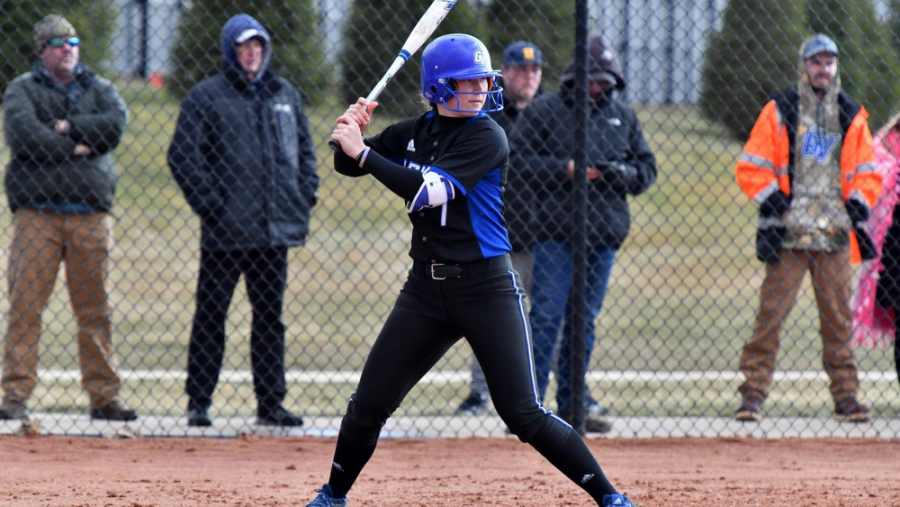 After going 44-9 and 24-2 in conference last season, the GVSU softball team has picked right back up where they left off a year ago.

The Lakers have opened up the season 14-2 and have gone 11-1 over their last 12 games. This is due in large part to dominant pitching by senior Allison Lipovsky and sophomore Hannah Beatus. In 16 combined starts (eight each) so far this season, Lipovsky and Beatus have thrown for 16 complete games, eight shutouts, 124 strikeouts and own a combined earned run average of 0.79.

“They make a nice combination,” said GVSU softball head coach Dana Callihan. “Their styles are different so it makes for some interesting adjustments for other teams.”

Lipovsky is a power pitcher who thrives on getting outs via swings and misses. Last year she led all of Division II in total strikeouts with 309 over 191 innings pitched on her way to becoming a NFCA First Team All American.

Beatus plays more toward inducing weak contact along with being able to generate swings and misses. As a true freshman, Beatus went 8-2 with a 2.77 ERA and was a major contributor to a pitching staff ranked second in the country in ERA a year ago.

Callihan also said that her Lakers squad has played very well defensively behind Beatus and Lipovsky. The Lakers currently own a .975 fielding percentage through 16 games this season.

Another nice contribution has come from freshman infielder Lydia Goble. Goble has contributed five of the Laker’s nine home runs so far this season while also hitting .319.

“She has a great eye at the plate and jumps on her pitch when she sees it,” Callihan said. “As a freshman, not many teams know about her yet, but she will have to continue to make some adjustments as we get deeper into the season.”

Callihan said she felt that her team could still improve at the plate as GVSU starts to head back toward GLIAC conference play. While GVSU has had six games of scoring eight-plus runs, they also have had five games where they managed three runs or less.

“We are still figuring out the lineup and so forth. We can be more consistent at the plate still,” Callihan said. “We had a couple games that we didn’t hit as well as we could have and we will get back at it in practices this week and get that going again.”

Overall, Callihan also felt that the team just needs to continue to focus on getting better day by day.

“We are just looking to get better every day,” Callihan said. “We are still figuring out lineups and things like that, but it is starting to come together.”

The Lakers will travel back to the Midwest to face Cedarville and Ohio Dominican on Friday and Saturday, March 16 and 17. Despite her efforts to get her team to continue to improve, Callihan also said the Lakers’ selfless mentality has made them a fun team to coach so far this season.

“They get along very well, this team,” Callihan said. “Everyone has bought into our team first concept and that makes things so much more fun.”