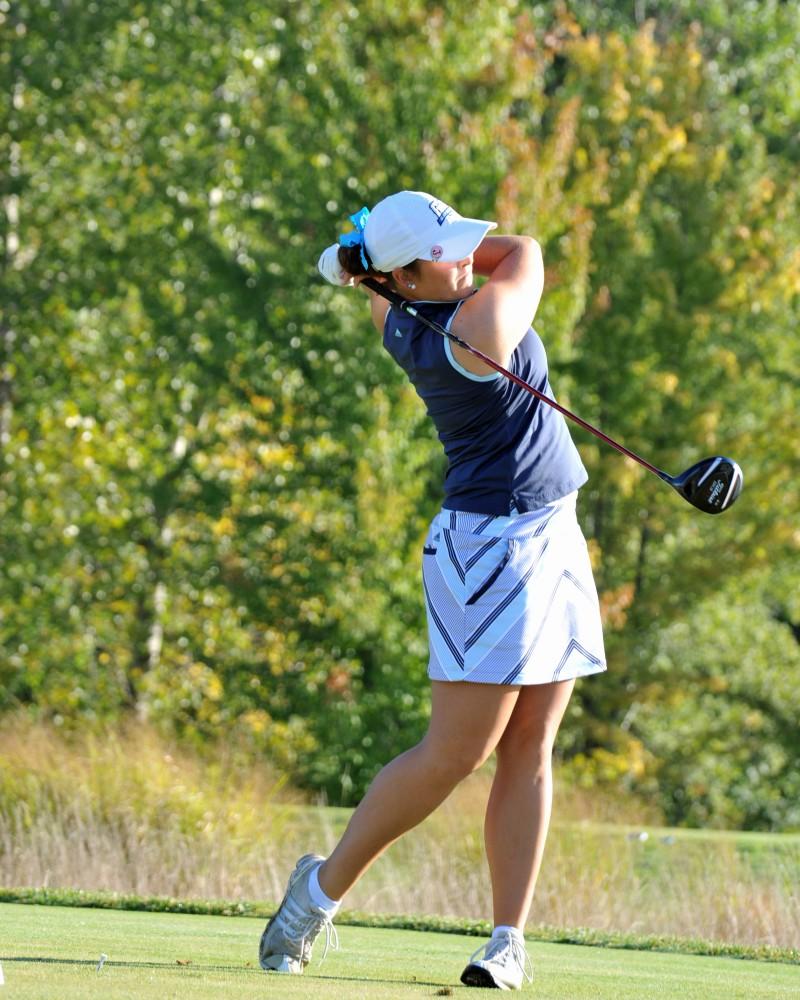 After the long, frigid winter, the members of the Grand Valley State University golf program are more than ready to see white melt into green.

The geographic disadvantage of a Michigan offseason may have kept the GVSU teams away from practicing outdoors, but location could mean everything this spring when the 2014 NCAA Division II Golf National Championships come to Allendale from May 19 through 24.

Until then, the Laker men will have to hope for Mother Nature’s eventual cooperation.

“We’ve been limited in what we could do in certain parts of the game,” coach Don Underwood said. “It’s all about taking the time we have and playing well when it’s time to compete.”

The Laker men placed fifth at the 2013 GLIAC Invitational before turning in a sixth-place performance at the Midwest Region Invitational, where senior Chris Cunningham finished 10th individually.

Meanwhile, the Laker women will begin the season just outside the DII rankings (53 votes), with a chance to pursue a seventh straight conference title.

“There’s a certain level of competition in the team,” coach Rebecca Mailloux said. “You want each player to push each other to get better every day — and certainly talent will do that.”

GVSU seems to have more than enough talent.

The team opened its spring campaign on March 4 when it placed fifth behind four ranked teams at the Armstrong Pirate Women’s Invitational at Savannah Quarters Country Club in Pooler, Ga.

GVSU sophomore Gabrielle Shipley picked up where she left off last season and recorded a 76 ( 4) with six birdies in the opening round.

“That first round was pretty incredible,” Mailloux said. “She is one of the hardest workers I’ve come across, if not the hardest, of all the athletes I’ve ever coached.”

Shipley carded an 80 ( 8) on the second day of action before placing fourth individually.

She said she plans to work on her mental toughness around the green this season.

“To be a champion at any level or in any tournament you really have to put most of your effort and practice in the short game because that’s what wins tournaments,” she said.

The 2013 All-GLIAC First Team honoree will be relied upon to complement the play of the reigning GLIAC Women’s Golfer of the Year, junior Kelly Hartigan.

Hartigan won four tournaments last season on her way to a six-stroke victory at the GLIAC Championship. She also had six top-five outings and led the conference with a 74.22 scoring average.

Senior Marni Weinstein, an All-GLIAC second-teamer, will also be a key figure this year in addition to junior Veronica Ryan, who garnered All-GLIAC Honorable Mention laurels in 2013. Both upperclassmen notched a trio of top-five finishes a season ago.

The Laker women will be back in action at the Perry Park Spring Fling in Kentucky on March 22 and 23, while the GVSU men will swing into their spring schedule at the Saginaw Valley State University Spring Invitational on March 22.