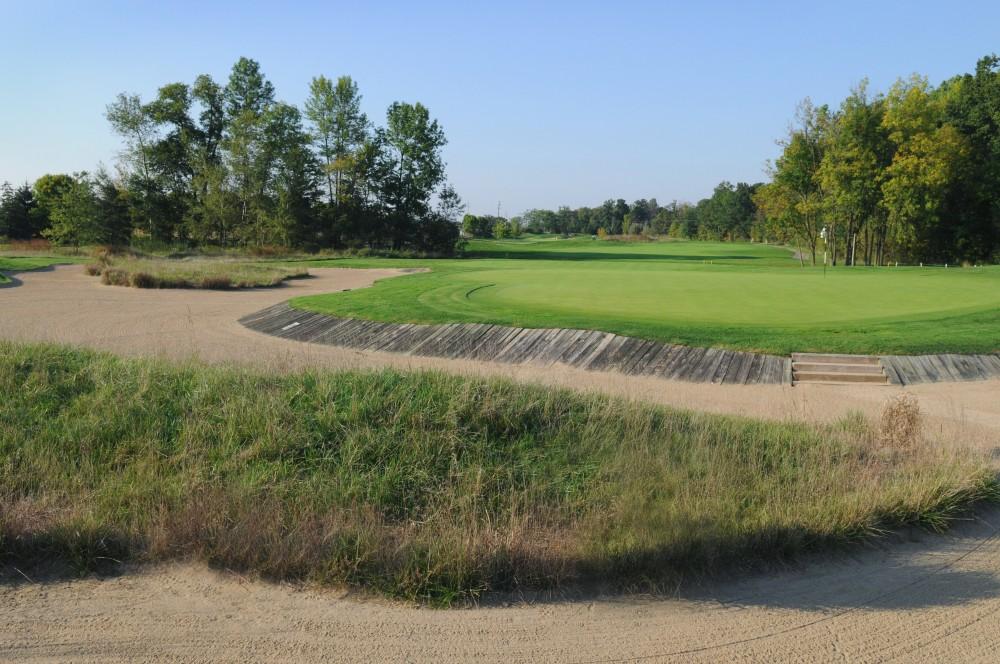 An impressive showing at the GLIAC North Fall Invitational left the Grand Valley State University men’s golf team atop the leaderboard in first place, which the Lakers hope is a symbol of what’s to come this year.

“We’re making adjustments on the fly and they’ve been working out,” Bissell said. “We’re meeting our goal right now and that is to get better every day. We’re doing a great job of that.”

On day one, the Lakers finished in a fourth-place tie with Malone University with a score of 294 (+8). Mancinelli led the way for the Lakers in round one, shooting an even-par 72.

“For him to take top-five in his second college tournament ever is ridiculously impressive,” Bissell said.

“Domenic is – quite frankly – the future of the program, and he’s going to carry us a long way. He’s pretty impressive right out of the gate and he’s got a really bright future ahead.”

From then on, the Lakers put the pressure on their opponents – and the freshman wasn’t the only one taking care of business in the tournament.

Jack Rider had a rough go at it in round one, shooting a 78 (+6). But the senior – who was named GLIAC Golfer of the Week after finishing first in the UIndy Brickyard Invitational on Sept. 14 – was able to battle back on day two.

“He didn’t have his best week, but that’s going to happen,” Bissell said. “Being a perfectionist is a good and bad thing in the game of golf.

“It’s good because it’s what makes him the hardest worker on the team, but at the same time, Jack puts a lot of internal pressure on himself and expects to perform at an extremely high level each and every time he tees it up.”

Rider is still considered to be “one of the best players in the country” in his coach’s eyes, and his influence on the team goes beyond what’s put on the scorecard. Mancinelli called Rider a huge influence on his own game, and said he’s getting better just by trying to keep pace with the senior leader.

“I just try to keep up with Jack as best I can,” Mancinelli said.

Rider finished the event in a 23rd-place tie with teammate Chris Beltzer. Both shot eight-over-par 152s across 36 holes.

Coach Bissell said he likes how Mancinelli has solidified himself as one of the top talents, although he still has some seasoning left to do in order to mold his game to where it needs to be.

The invitational was held at the Hawkshead Golf Course in South Haven, Mich.

The team will be competing next in the Midwest Fall Regional from Sept. 29-30 in Chicago, Ill.