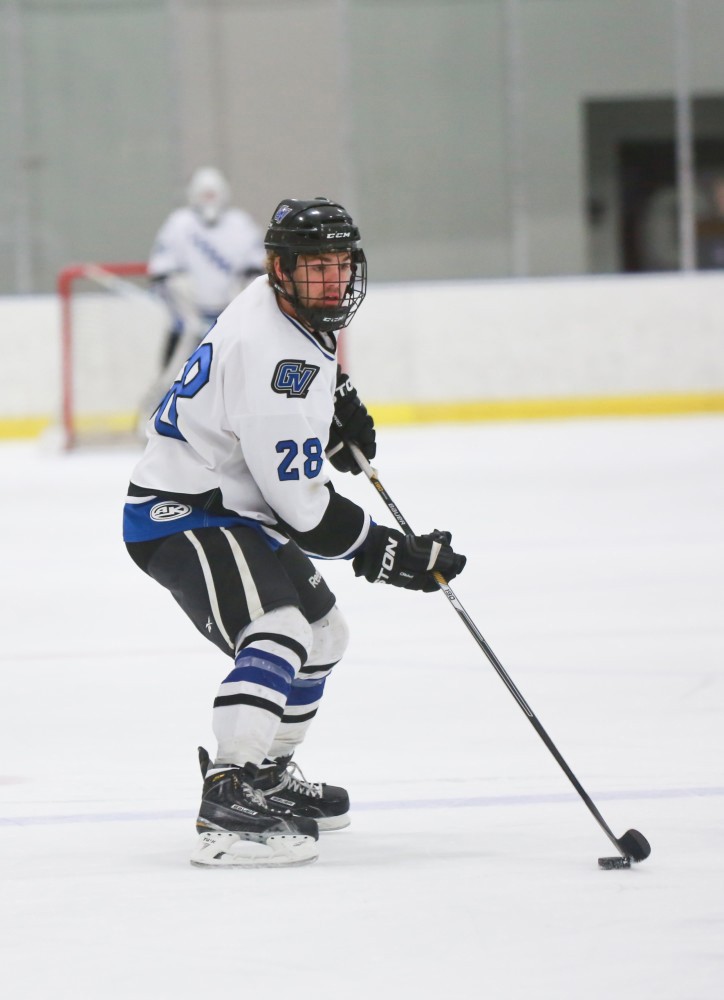 Nicklas Lidstrom was once called the perfect hockey player for his offensive wizardry, defensive capabilities, calm demeanor and situational awareness on the ice.

These are the skills every hockey team looks for in a defenseman, no matter what level or age, and is true for the Grand Valley State University men’s DII club hockey team as well.

“You obviously need guys who can play in our own end. We want guys who pride themselves on that,” said head coach Carl Trosien. “Then being able to skate, be mobile, the ability to move the puck and make smart choices with the puck and finally the ability to jump into the play and create offensively.”

These were all boxes Lucas Little checked off when he checked in on the ice for GVSU and were a big reason why GVSU had as much success as they did in the three-and-a-half years that Little played in Laker blue from 2015 up until the end of 2018.

“Lucas excelled in these areas,” Trosien said. “He was a phenomenal skater, saw the ice really well and loved to create offense almost too much at times.”

Little would agree, who commented that one of his favorite parts of the game was creating plays for teammates when out on the ice.

“I always viewed myself as an offensive defenseman,” Little said. “One of my favorite things when I was out on the ice was having the puck on my stick and stepping up to help lead the rush.”

Little, who has helped lead GVSU to two deep runs in the ACHA national tournament, an 89-19-8 record in three-and-a-half seasons and made an ACHA All-Star Team his junior year at GVSU, was also a player who led by example for his teammates.

“Lucas brought skill, experience, leadership, work ethic and was a great teammate,” Trosien said. “He wasn’t a vocal leader by any means, but when he did speak, his teammates listened.”

Beside his play, Little believed that buying into the GVSU tradition played a big role in the success of the teams he played on.

“I think what always really helped us was that everyone kind of bought in and believed in playing as a team,” Little said. “Coming in, I knew that GV had this reputation where we went to the national tournament like 13 or 14 straight times so we always felt like we had to come together and keep that winning tradition going.”

Looking back on his experience as a Laker, Little believed the best part about playing hockey at GVSU was the brotherhood and friendships he developed with his fellow hockey players.

“It’s probably the highlight of coming to Grand Valley for me,” Little said. “There’s the national tournaments, the wins and stuff, but the best part about it was definitely the friendships and having 20 best friends year in and year out that I got to play hockey with.”

When asked what advice he would give to future club hockey players at GVSU, Little followed the same sentiment.

“I would just say enjoy it,” Little said. “This has been the best nearly four years of my life and now that I’m graduated I just sit in the stands with a suit on and I really miss it, so definitely enjoy your time out on the ice while you have it.”