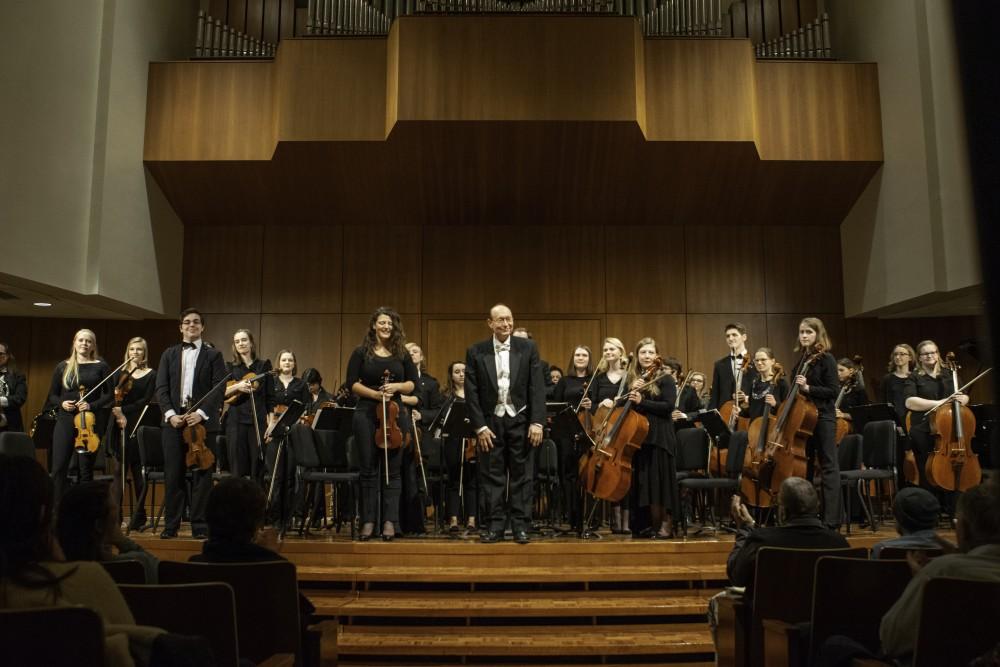 The annual faculty concert gives students the chance to musically support professors and learn from their example. While this was June’s first time participating in the concert, he said he performs one solo recital each year and is part of the faculty wind quintet, Grand Valley Winds, so the preparation process was a familiar one.

“I’m constantly relying on all of the practice that I’ve done for years, so I’ve been preparing for events like this since I was a student,” June said. “More specifically, most my preparation for this particular piece went toward memorization, since I performed without sheet music.”

Along with giving students more performance experience, faculty concerts allow professors to learn from their students in multiple ways. June said he reassesses his practice and performance techniques to make sure that he applies his own advice.

“And there’s always more to learn from their zeal and passion for music,” June said about the lessons that can be learned from student musicians.

Students can also indirectly learn from rehearsing and performing with professors, along with regular lessons and classes. June cited faculty recitals as a “vital part of the student experience” and that GVSU regularly arranges these concerts to benefit students.

“Students can learn from the preparation that faculty members put in. It took me many years to understand how important it is to already be completely prepared for performance by the time of the very first rehearsal. They were able to see this first hand when I met with them to rehearse for the first time,” June said, adding that students can also work to replicate the intonation and sound of the performers during the concert.

“It’s always a treat to perform as a soloist with orchestra, since there’s nothing like the sound of all those other musicians on stage supporting you,” June said. “There are very few chances to perform in this setting, so I especially value being invited by Dr. Henry Duitman and the students to join them on this concert.”