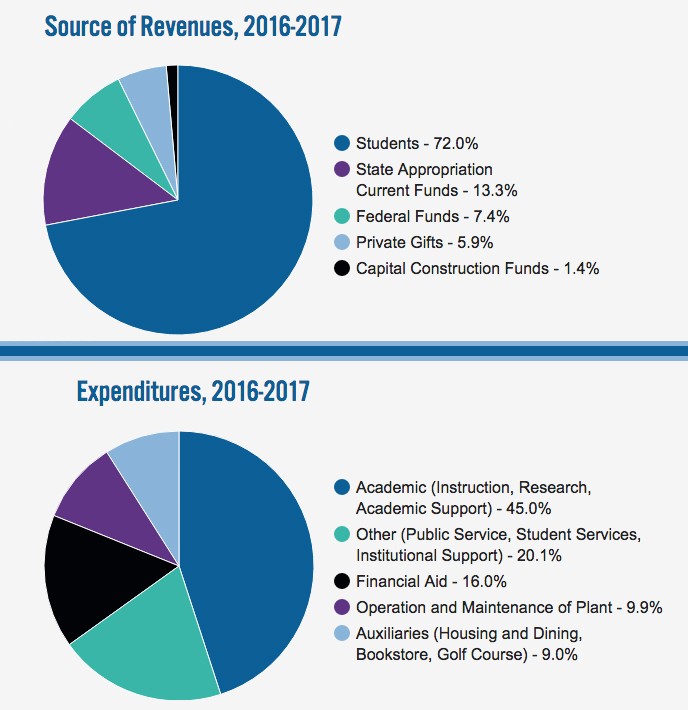 In 2017, $109 million was spent on the local economy toward new construction and renovations, creating 2,295 construction jobs. The Thomas J. and Marcia J. Haas Center for Performing Arts’ $20 million addition was completed in August of 2017, with construction starting in June of this year on a new health building for $70 million. It sits on 333 Michigan St. next to GVSU’s Cook DeVos Center for Health Sciences located on the Medical Mile. It is scheduled for completion in May 2021.

Other construction projects that were highlighted in the impact report include The Raleigh J. Finkelstein Hall, which will be open for class on May 7, and a new parking deck in downtown Grand Rapids. The six-level deck will serve as primary parking for GVSU health and nursing students. It is expected to be completed May 2021.

Additionally, the report mentioned that the board discussed associate vice president James Moyer’s retirement on March 31. After 22 years at GVSU, he was celebrated for delivering LEED certified buildings on time and budget. He was also congratulated for his Boots on the Ground Program, ensuring graduates of color have equal employment opportunities on GVSU projects.