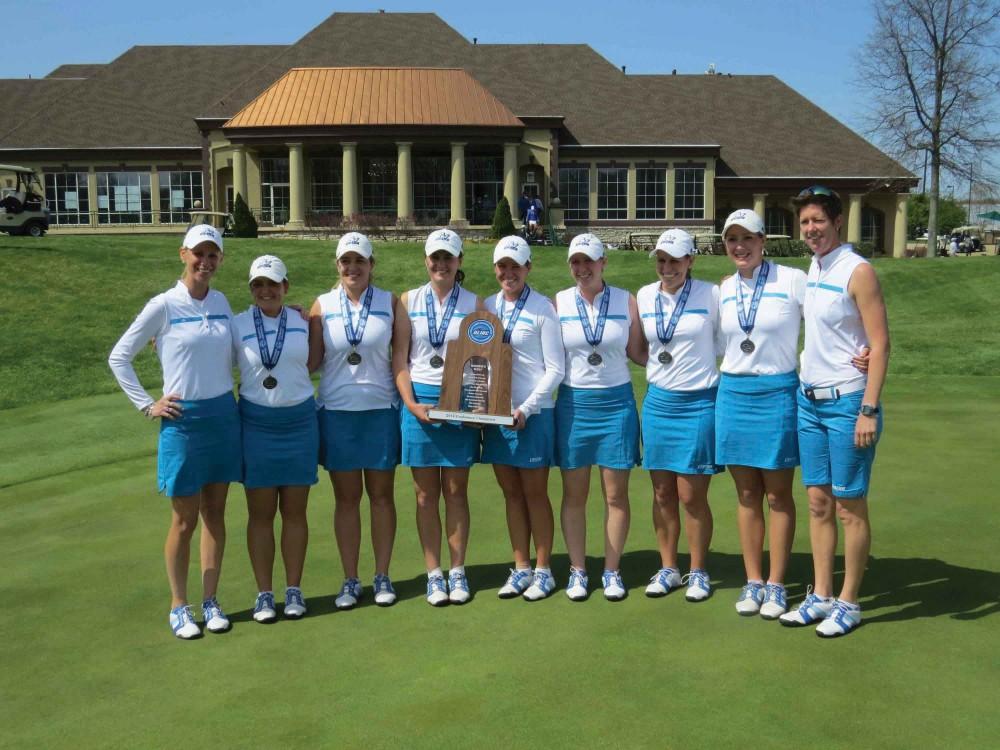 The time has come for Grand Valley State University’s women’s golf team to prove it is poised and able to make another deep postseason run as the fall season is days away from commencing.

GVSU begins its fall campaign on Saturday in East Lansing, Mich. at the Mary Fossum Invitational. The event will provide the Lakers with an early season look at some of the best teams in the state.

“We’re going to see several top-25 teams,” said GVSU coach Rebecca Mailloux. “All of the big dogs in Michigan are going to be there.”

Sophomore Alex Taylor welcomes the opportunity to show off the team’s progress since closing out the 2013 campaign with an 11th-place finish at nationals.

“We know we’re capable of winning in the GLIAC,” Taylor said. “I’d like to see what we can do when trying our hardest against Division I schools.”

The toughest tests of the fall season will come early, as the team has two NCAA Division I tournaments on the schedule in September alone.

After competing in the event at Michigan State this weekend, the Lakers will take part in the Cardinal Classic at Ball State University. Then, the Lakers host the NCAA Division II National Preview in Allendale.

Mailloux, the 2013 GLIAC Coach of the Year, isn’t one for putting expectations on her team or the season, but it’s easy to want more from a group that features so many returning players. Additionally, the Division II tournament takes place at The Meadows in May.

“It’s a long ways away from now … but that’s definitely our main goal is to make sure we’re playing on our home turf for the national championship,” said senior Molly Esordi.

There are plenty of rounds to be played before any of that business is settled. The team simply plans to take a day-to-day approach without looking too far down the field.

GVSU brings back four of its five participants from the national tournament in 2013, and those players have their sights set on an impressive finish once again.

Leading the way for the team is senior Kelly Hartigan, who tied a record for GVSU last year by winning her 11th career tournament. Not surprisingly, her historic 2013-14 year yielded the lowest stroke average in the conference. She was named the 2013 GLIAC Women’s Golf Athlete of the Year for the second straight season.

Hartigan and junior Gabrielle Shipley, who contributed with a number of impressive finishes last season, also earned All-GLIAC First Team laurels. Sophomore Julie Guckian, whose performance peaked in the postseason, also returns after being named the GLIAC Freshman of the Year.

Freshman Samantha Moss is the only addition to the team, which seems to be knocking on the proverbial door of a national crown. Mailloux said Moss is, “a tremendous athlete with a great mindset.”

All of the athletes, including the newcomer, have to be coming in with confidence as the team looks to make a push in the upcoming season.

After months of practice, the Lakers certainly seem ready to impress. It’s always best to focus on daily strides, but that can be tough after making a national championship appearance. Still, GVSU is only focusing on the process of team progress, and how to continue it.