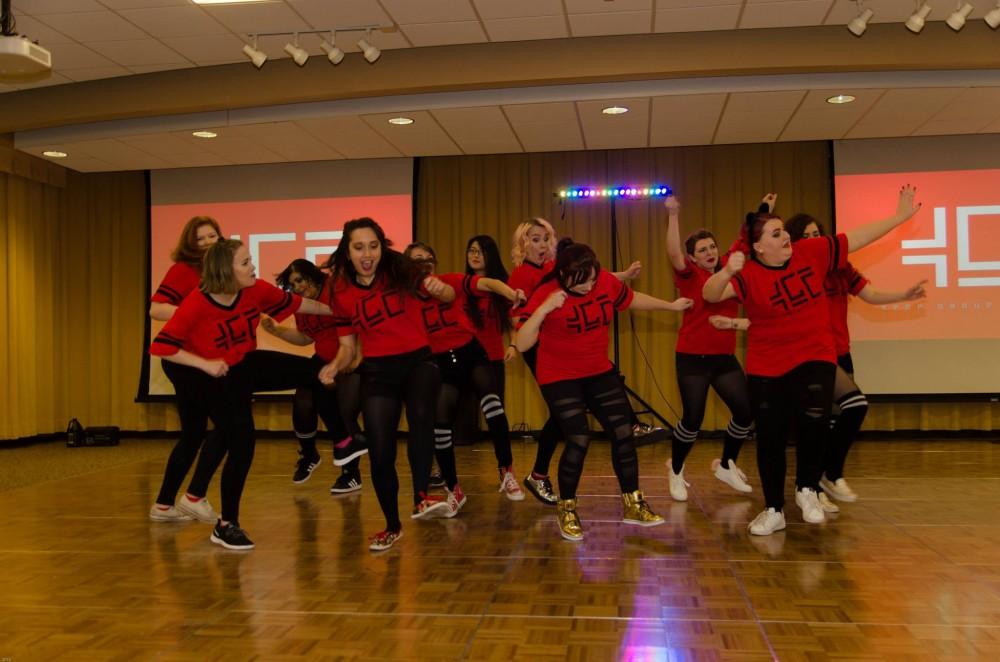 K-GE formed in 2013 when members of the Asian Student Union branched out to create a Korean-focused group, welcoming Korean members as well as those interested in Korean culture, according to president Alyssa Spafford. K-GE’s first president, Jay Park, gathered other students in hopes of spreading more information about K-pop, which is Korean pop music that features dancing, rapping and singing alongside stunning visual themes. Meeting three times per week, the group reserves every other Monday for educational presentations from their e-board.

“We learn about Korean culture through cultural presentations, which is history of Korea and how it came to be, how K-pop influences the economy there and other stuff like that,” Spafford said.

Spafford cited popular groups that they draw inspiration from, choosing a wide variety of genres to correspond with members’ interests. For the members of K-GE, Korean music is more than something to listen to.

“Most of our goals are just spreading knowledge about Korean culture and showing that music doesn’t have to be the language you understand for you to appreciate it,” Spafford said, adding that they also strive toward “having fun and dancing and just learning more about the culture.”

“I had liked K-pop my entire high school career and I had never really been able to talk to anyone about it,” Rose said. She recalled finding the group on GVSU’s student organizations page and planning to join once she began classes.

“There was a whole bunch of people that understood what I liked and weren’t gonna make fun of me about it and that’s kind of what drew me to it,” Rose said.

In preparation for the Asian New Year Festival, K-GE has rehearsed four dances to showcase.

“It just brings awareness and shows all the different Asian identities there are here at Grand Valley,” Spafford said. “For us to be included in that and make these relations is like a one of a kind experience. Yes, we are just performing there, but it’s on a deeper level.”

K-GE will hold their annual showcase called “K-pop Unleashed” on Thursday, Feb. 28 where they will perform and present about K-pop as well as Korean culture as a whole.

The Asian New Year Festival will take place Saturday, Feb. 9 at 6 p.m. While the event is free to attend, those interested should RSVP online by Saturday, Feb. 2.