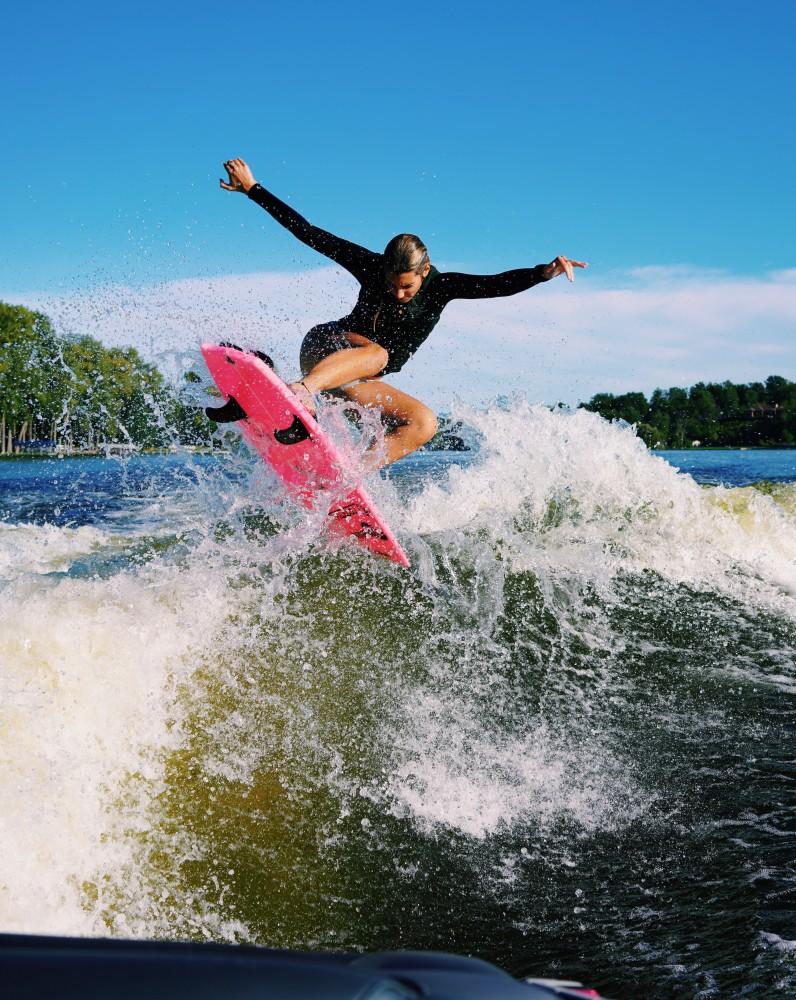 On Saturday, Sept. 8, Gale, a Grand Rapids-native, became the World Champion Wake Surfer at just 19 years old. The 23rd annual Centurion World Wake Surfing Championship gathered athletes from around the world to showcase their skills during the three-day tournament. Day one consisted of the first round of qualifying, where Gale scored high enough to skip the last-chance qualifying round on day two. Gale’s next surf was during finals on day three when she took home first place and a $6,000 check in the Pro Women’s Surf division.

Gale is a self-taught wake surfer whose passion for the sport started at a young age.

“I’ve been doing board sports pretty much my entire life,” Gale said. “I started snowboarding when I was five. I started wake boarding when I was seven, then wake surfing when I was 10. So I’ve pretty much done it all ever since I was really little. I got into [wake surfing] because we have a cottage up north, and we would always do water sports. I feel like wake surfing is a new sport so when people first started to do it, that’s when we started, too. I guess I just took to it and really liked it. I started learning tricks and practicing more and more.”

Peak wake surfing season in Michigan is during the summer months. Gale’s training involves surfing twice a day for a minimum of two hours when she’s not competing. During the winter months, she moves to Florida to learn and practice new wake surfing tricks. At least two hours a day are dedicated to surfing, but her training during this time involves various work outs each day in addition to spending time in the water.

Gale has been balancing school and wake surfing by enrolling in online courses for the past two years. Currently a marketing major, she is planning on doing the same for her winter semester at GVSU this year while she is training in Florida. Her daily routine consists of completing school work in the morning and surfing in the afternoon.

While Gale is undoubtedly a talented wake surfing competitor, the tournament aspect of the sport is not her favorite.

“My favorite thing about wake surfing is free riding,” Gale said. “I get super nervous during competitions, so I don’t love competing. But whenever I’m free riding, it’s like a stress reliever for me. I love it so much.”

Since starting college at GVSU, Gale has not lost sight of her wake surfing goals, but she has gained a different perspective.

“I just want to be able to [surf] as long as I can. It’s not something you can do forever like most sports. My goal is to be able to do it all throughout college and keep learning new tricks and keep progressing.”

Gale’s next wake surfing goal is to become a two-time world champion at next year’s Centurion World Wake Surfing Competition.