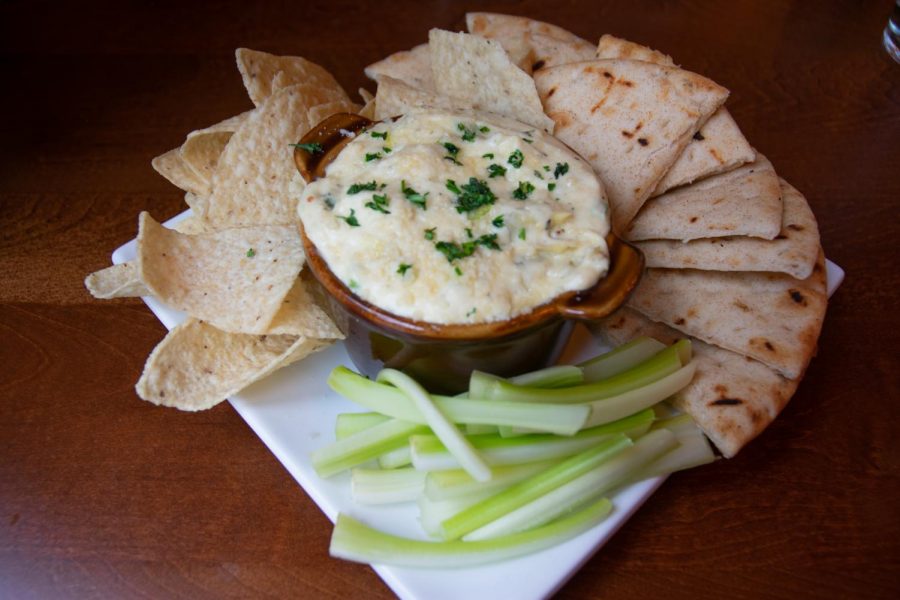 The name says it all. For a place to be with friends and take in the excitement of Grand Rapids’ nightlife, Social House is a must-visit.

Social House is a bar and restaurant located on the corner of 25 Ottawa Ave. SW in Downtown Grand Rapids. It’s been open for just over a few months now, and already it has gained a considerable amount of popularity, which is tangible right when you walk in.

As you step into the bar your eyes are immediately attracted to the rustic wooden barrel, the painting of Kid Rock holding a cigar and the sprawling bar area. Upbeat country music filled the atmosphere as large groups of people ranging from mid 20’s to 50’s engaged in conversation.

Our team sat in the dining room next to a window that overlooked the city outside, although if the weather allowed, we did notice that there was also an outdoor seating area with an outdoor bar.

The cultural milieu can best be described as a saloon, only in modern industrial times, filled with working-class people and those that are looking for a place to hang out before a football game or concert. Its location, the heart of downtown across from the Van Andel arena, couldn’t be better suited to its environment for the vibe that Social House produces.

Our food arrived rather shortly. Fitting within the theme of a place to meet with friends, chat and have a drink, we ordered the spinach artichoke dip and the crispy brussels sprouts — both of which were twists on classic bar food.

The brussels sprouts were crunchy and flavorful, with a smokey outer shell and blue cheese crumbles to match. Any restaurant can do a spinach artichoke dip, but both portion sizes and flavor was plentiful for this take.

We also ordered a side dish of mashed potatoes, which was served in something that was a cross between a bowl and cup. We couldn’t help but appreciate the aesthetic that only added to the Western style atmosphere that Social House provided.

The other food consists of American classics, such as specialty burgers, pizzas and sandwiches. Although this was not something we experienced personally, Social House also hosts DJs and live music that play throughout the week, just as it should.

All in all, our experience with Social House can be characterized with the taste of the new flavor of Jack Daniels that was being sampled when we visited: warm, sweet, smooth with a kick, and all too brief.