“Queer the Air” with the LGBT Resource Center 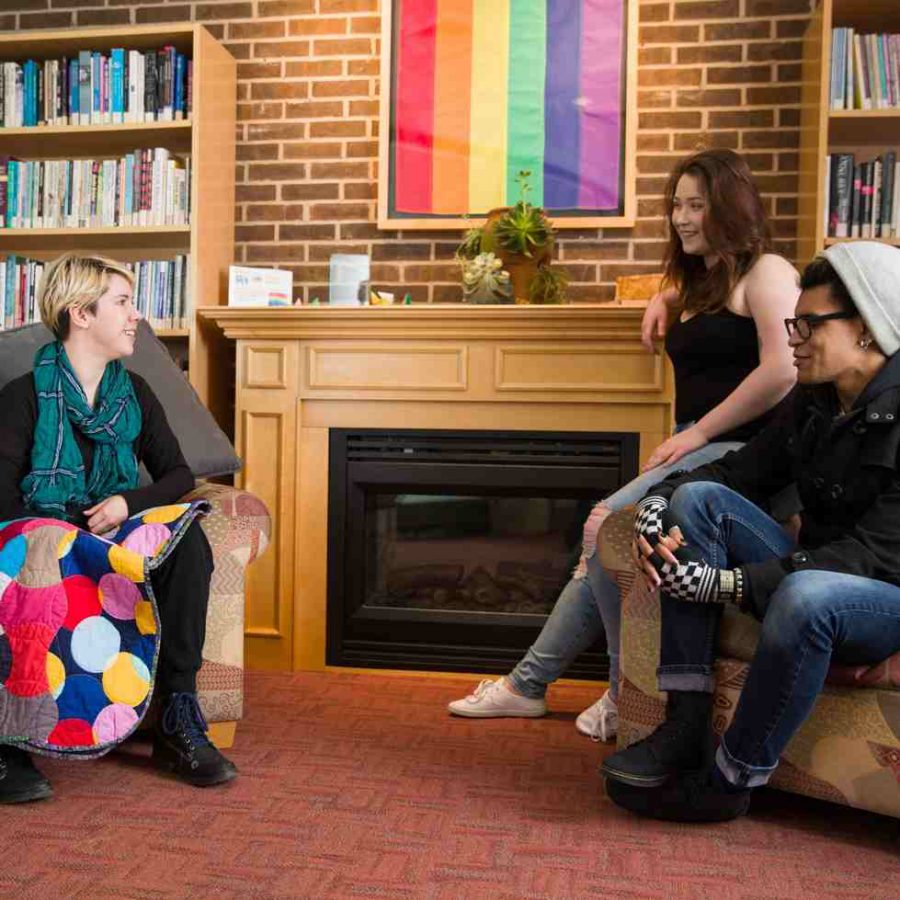 Grand Valley State University’s Milton E. Ford LGBT Resource Center endeavors to not only support LGBTQ students, but to celebrate their accomplishments and experiences. Every semester, the center hosts an open mic night so that the community can enjoy each other’s creative sides.

“Our Fall Queer the Air is held in honor of National Coming Out Day, which is officially observed on Oct. 11,” said Marla Wick, Associate Director of the LGBT Resource Center. “Queer the Air provides a celebratory space for students to express themselves in a variety of ways.”

Though students can sign up to perform ahead of time, any attendee can join in once the event is in progress.

“I think being in a setting where I knew that I was being accepted and embraced for who I was helped calm a lot of my nerves,” said junior Tasman Mattox, who enjoyed reading at a previous Queer the Air. “Everyone is super supportive whether you’re reading something funny or emotional. It is also standard practice to include a content warning if your piece could be overwhelming, which I think is very thoughtful.”

Though the event is primarily for spoken word, attendees can take advantage of the open mic with a variety of performances.

“Everyone who attends will have the opportunity to take the mic for themselves or just support other people who are reading poems, performing spoken word and even occasionally singing songs or doing brief stand-up comedy routines,” Wick said. “Because of the number of performers, each person is limited to one piece to allow everyone who wants to perform an opportunity to do so.”

Spoken word has a reputation for being heavy and emotional, and while serious topics are welcome at the event, they’re far from a requirement for participation.

“People read about whatever they want; everyone is encouraged to share something they’ve worked on, no matter the subject matter, though themes often tend towards gender, sexuality and love,” Mattox said. “Last year, I read some poems about self-love that I’d been working on. I was a little nervous, but the crowd’s energy was super excited and loving, so I left the mic feeling great.”

Those interested can join the conversation on Oct. 11 at 8 p.m. The event takes place in the LGBT Resource Center itself at 1161 Kirkhof.