Corgi enthusiasts gather for fifth annual Corgis in the Park 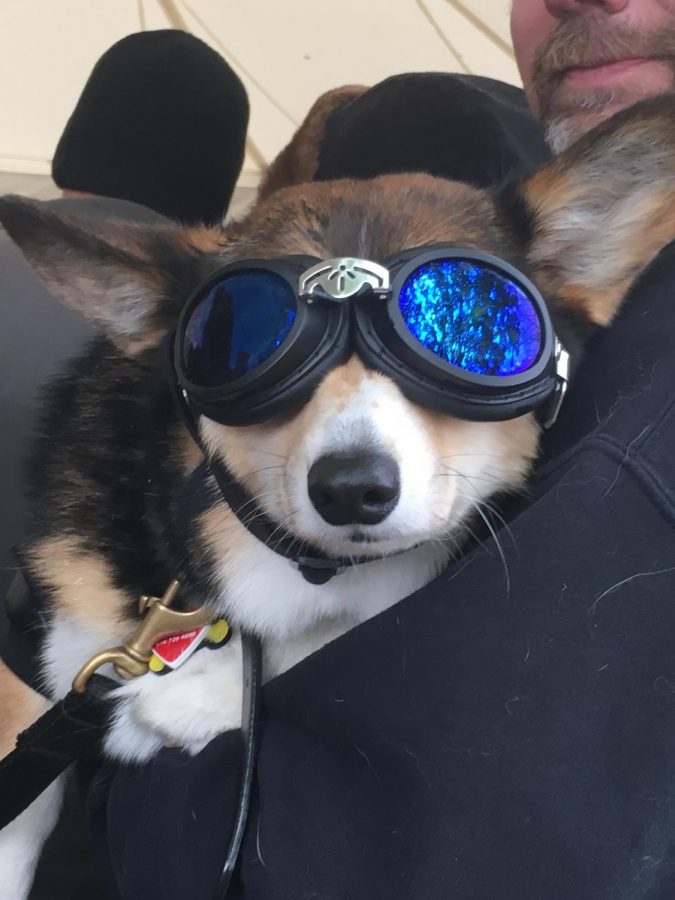 Hundreds of corgis waddled into Riverside Park for Corgis in the Park Saturday, Oct. 26. West Michigan’s largest corgi gathering returned for its fifth year, welcoming visitors from across the country to build community and support a charitable cause.

“It’s just really fun to see all of these corgi butts come out,” said Carolyn Conway, Paws with a Cause Public Relations Coordinator and Grand Valley State University graduate.

This year’s Corgis in the Park brought back its long-running Halloween costume contest. A previous winner wore a gorilla suit and dressed his corgi in a white wig to become King Kong and Ann Darrow.

Features included a high jump sponsored by the Griffins hockey team and entertainment from GV Groove, an a capella group from GVSU.

Founder Jarl Brey fell in love with corgis when he adopted a corgi named Vixen. Brey’s passion for corgis grew into a calling to meet his fellow corgi enthusiasts.

“Corgis are the cutest, longest, shortest dogs that exist,” Brey said. “They’re the queen’s dog, they’re funny to watch and kooky to play with. Once, I heard about a beach day for corgis in California, so I wondered how much enthusiasm there was for something similar in Michigan. I was pretty overwhelmed with the response.”

What was originally intended to be an intimate gathering of corgi owners grabbed the attention of thousands of people on Facebook. Attendees traveled to West Michigan for Corgis in the Park from as far away as Wisconsin, Nebraska and Florida.

The corgi concept recently expanded to spinoff events such as Corgis on Parade, Corgis & Cocktails and Corgis on Ice. Talks of hosting the largest corgi-themed event yet at Chicago’s Millennium Park are already underway.

Corgis in the Park charges no admission, but encourages attendees to donate to Paws with a Cause, a non-profit that provides service dogs to people with disabilities. Brey hopes that corgis can draw attention and funding for service dog training, which costs $30,000 per dog.

“Everybody’s got to do something in this world,” Brey said. “You can’t just keep taking, you’ve got to give back in some way.”