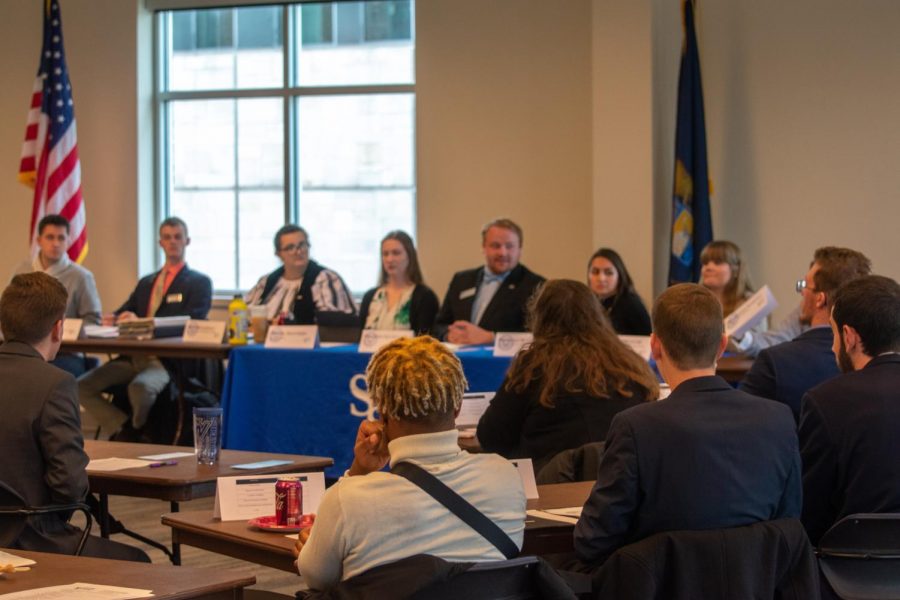 The first resolution, F-19-02, is in support of GVSU creating a Prayer Center at the Cook-Devos Center for Health Sciences campus. The resolution is sponsored by Senator Ari Nitzkin, who noted that no prayer room is currently available for students, faculty and staff in the area.

According to the resolution, the “absence of a prayer room on the medical campus is in conflict with the mission statement of inclusion and equity at GVSU.”

This mission statement reads that “the Division (of Inclusion and Equity) coordinates sustainable and strategic institutional efforts to engage all members of the community while also intentionally supporting and advocating for historically underrepresented communities. The division’s work furthers the university’s liberal education and student-centered mission.”

After time for discussion and questions, the senate voted to pass the resolution, with no opposition or abstentions.

The Grand River Waterway Project is a proposal to channelize 22.5 miles of the Grand River. According to the resolution, this channelization will have negative effects on GVSU’s infrastructure, the Ravines ecological area and the Grand River’s ecosystem.

Furthermore, the project would allow large boats to cruise upstream, which, according to Gamage and Marlowe, would create problems for the GVSU Rowing Club, whose shells can capsize from swells of just six inches.

While the project has potential benefits for tourism, many townships have already opposed the idea. According to the resolution, these townships include Crockery, Park, Spring Lake, Grand Haven, Robinson and Polkton, and the cities of Grandville, Ferrysburg and Grand Haven, and the Village of Spring Lake.

However, GVSU has yet to voice any opinion regarding the project, which Gamage and Marlowe are hoping to change. After discussion about possible negative and positive effects, the Senate voted to pass the resolution with some abstentions and no opposition.

While both resolutions have been passed by the Senate, they are only in the beginning stages of a longer process. The next steps include sending the resolutions to whom they concern within the university. What is done with them after that is no longer in the Senate’s hands.