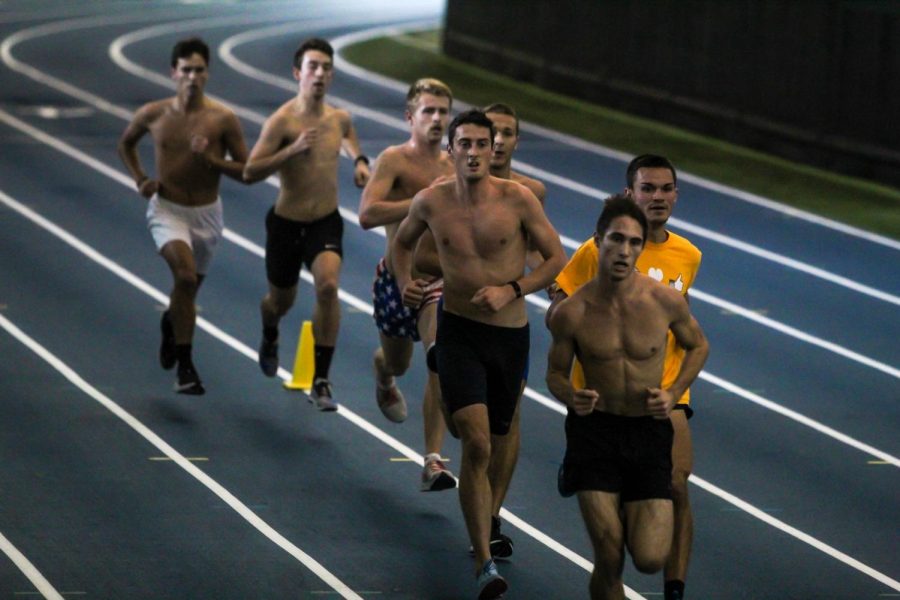 Editorial Note: This story has been updated to reflect accurate times.

This past weekend in Evansville, Indiana, both the men’s and women’s cross country teams took home the first place trophies for the Division 2 NCAA Regionals. However, all the excitement and pride that comes with such a fantastic race day is closely followed by the preparation for nationals on Saturday, Nov. 23 in Sacramento, California. The runners are feeling well prepared and ready to put their best foot forward in two weeks for another successful race.

On the men’s side this weekend, sophomore Tanner Chada took third place overall with a time of 31.22.5, followed by Jesse Becker, Andrew Hylen and Ben Zaremba in 10-12th place. GVSU is currently tied for 3rd overall in the nation with Adams State.

“Both men and women executed the race today very well,” said GVSU coach Jerry Baltes. “We had three goals today: number one is advance to the national championships by finishing in the top three. Number two is to run as controlled a race as possible and come out feeling halfway decent and healthy so we can get back to training. And number three is compete to win, so a good weekend for both squads.”

The women did just as well this weekend, with senior Allie Ludge finishing in first place overall with a time of 20.34.7, followed by Hannah Groeber, Madison Goen and Klaudia O’Malley in places 8-10th. Lots of the girls ran together in groups, making the race so successful. The women’s cross country team is ranked 2nd in the nation, right behind Adams State.

Looking towards the upcoming National Championships in California in two weeks, the runners are approaching this race as they would any other and avoiding nerves or stress going up against the best of the best.

“We’re just trying to keep it about taking care of our business and not worrying about the other teams,” Baltes said. “We are simply going to move forward business as usual, stay focused on us and prepare the best we can.”

As far as competition goes, the Colorado Mines are ranked No. 1 in the nation on the men’s side, so the runners will have to be ready to go, but Baltes said that anything can happen on the day of and it’s all about who is performing best. Last year, the men’s team took home their first national championship win, so this year could be a possible consecutive win for them.

The women have won six national championship titles since 2010, including last year’s competition. Adams State will be their top concern going into the race this year, but they have proven in the past to be a top competitor themselves. The pressure is certainly on for the runners, but their confidence is high and they are feeling ready and excited to be partaking in nationals again this year.

These next two weeks, the teams will be focusing on three goals for nationals as they get closer based on how they are feeling, but their number one goal is to compete to the best of their ability and give it everything they’ve got. Everyone is excited to be heading out to California on the Wednesday before the weekend of, but they are focused on keeping their spirits grounded and not letting the pomp and circumstance of it all get in the way of their mission.