Learn about Vietnamese culture with VCA 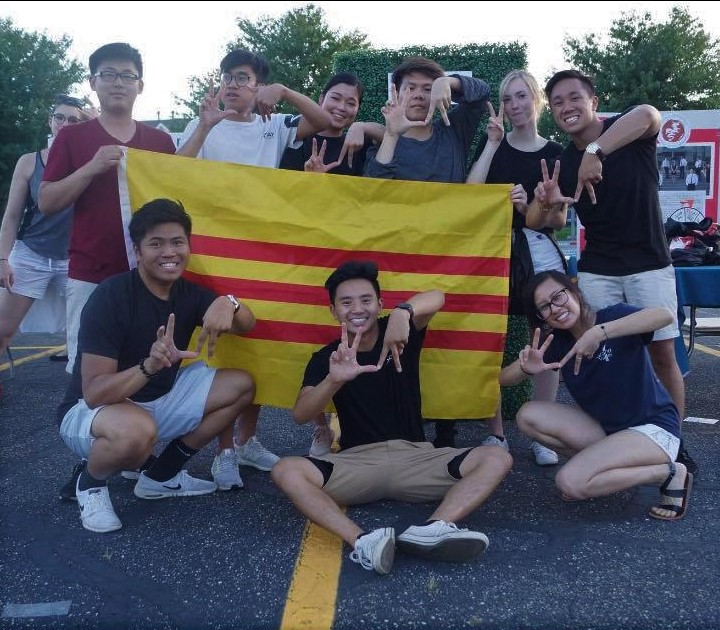 Have you ever heard of Lễ Vu Lan, the “Hungry Ghost Festival” inspired by the story of a Buddhist monk who brought his mother back from Hell, that’s celebrated by making offerings of food and drink to dead relatives? What about Li Xi, a monetary gift given for good fortune in red envelopes (or, more likely in 2019, over the internet) for celebrations like weddings, births and anniversaries? Did you know yam is one of the ten most popular fillings for mooncakes, the favorite pastry of Tết Trung Thu, the Mid-Autumn Moon Festival?

If any of that piqued your interest, or you’re one of those people who really likes yam mooncakes, you might want to check out Grand Valley State University’s Vietnamese Cultural Association (VCA).

“VCA is a new group that was developed last year in the fall,” said member April Nunn. “I joined last winter semester because I liked their events and their meetings and socials. I got voted in as one of the co-outreach chairs of this year’s VCA, and it’s been a really good experience helping volunteer and organizing events.”

“Another thing we talked about was the lunar calendar, which is based on the rotation of the moon around the earth instead of the earth’s rotation around the sun,” Nunn said. “There’s still twelve months, but all the months have thirty days instead. There are a lot of traditions that come with the Lunar New Year — Tết Nguyên Đán — like how you’re not supposed to sweep during Tết, because you might sweep away good luck.”

The VCA has meetings like this every other Tuesday, with the alternating Tuesdays reserved for socials. They talk about Vietnamese traditions, eat Vietnamese food and plan events celebrating Vietnamese culture. One event held last October was their “Un-PHỞ-gettable Night,” a bring-your-own-bowl dinner where the group served phở, a broth soup with meat, rice noodles and herbs.

“Phở night is our annual fundraising event to raise money for our organization and to give people an opportunity to enjoy this food we made ourselves,” Nunn said. “We use different broths, soy beans, onions, limes — we like to add a little texture to it. We’re planning another phở night, and we’re going to crack it up a notch next time — performances for people to watch while they eat, expanding the menu, maybe some karaoke. And we’ll have the phở challenge we always have, where you have to eat a bowl within five minutes. Winners get a ‘Phở King’ shirt, though we’re thinking of turning the prize into a championship belt.”

VCA’s organizing doesn’t just occur on GVSU’s campus, however — in fact, sometimes it occurs on other campuses altogether.

“We’re part of a big umbrella under the midwest VSA with a lot of other schools around Michigan,” Nunn said. “Ferris, MSU, Wayne State — they all have student groups like ours that we’re connected with.”

The Union of Vietnamese Student Associations of the Midwest (UVSA) is a non-profit organization dedicated to sharing and preserving Vietnamese culture, as well as promoting social advocacy and greater cultural awareness among student communities. The UVSA connects young people across the region for fundraisers, conferences and leadership opportunities.

“I like how the group is really open to people who are interested in their culture coming in,” Nunn said. “A lot of organizations like these can come off as really race-specific to people, like it’s only open to people who are Vietnamese. But it’s for everyone! Anyone interested in learning more about Vietnamese culture is welcome with open arms. It’s a really good experience.”