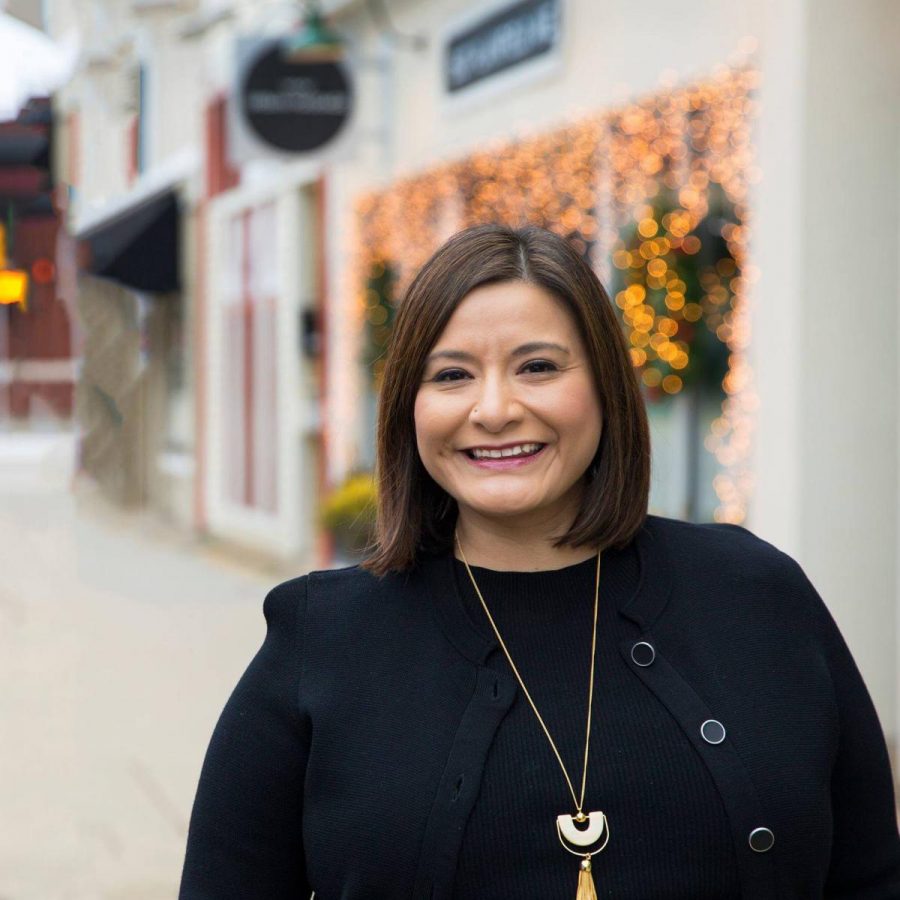 The city of Grand Rapids is divided into three geographic areas, or wards, that each have two city commissioners. While the roles of the commissioners are vast, Ysasi said there is an emphasis on providing oversight for issues surrounding land use, mobility and police and fire services. Along with these roles, Ysasi hopes to be a bridge between constituents and the city.

“To me, the number one thing is to be that connection to constituents who live in our ward, to listen to what their concerns are, to be able to solve problems and to address the concerns they might have living in the city,” Ysasi said. “In a lot of ways, different city commissions do different things or have different roles — these are part-time positions but they are really important roles.”

As a newly appointed commissioner, Ysasi is excited to start working on her three focus areas: business employment opportunities, safe and accessible public safety services, and effective infrastructure and presence across the city.

Along with the excitement of winning the election, Ysasi also made history by being the first Latina city commissioner in Grand Rapids.

Throughout the race, Ysasi said she thought of a quote from U.S. Representative Ayanna Pressley: “None of us ran to make history. We ran to make change … and change is on the way.’’

“That always struck me,” Ysasi said. “Yes, I am a Latina, and I am also qualified and I also served on all these boards and I have a strong education background. The role of the city commission is just too important to just do it to make history. I really want to do it to improve the lives of residents in our community.”

While she was ultimately running to make change, Ysasi said there were mixed reactions about her running. Some people belittled her with prejudice remarks about her ethnicity and sex.

“It was a constant balance because we had people say, ‘We’re not going to vote for you because you’re Latina,’ and that always struck me,” Ysasi said. “I’m not asking you to vote for me because I’m Latina, I’m asking you to vote for the fact that I’m qualified, but also, let’s not miss the historical significance of this. So, it was definitely one of the things that brought me a lot of strength and excitement, but it was also one of the things that made me super frustrated because people wanted to put me in one box.”

Along with being the first Latina city commissioner, Ysasi also digs the roots of Grand Valley State University further into the city. A 2003 GVSU graduate, Ysasi has an extensive Laker history. Her father graduated from GVSU and now works at the school, she met her husband there, and her sister and cousins are Lakers, too.

“(Ysasi) is an alumna of Grand Valley and continues to make the university proud by her significant contributions to the community,” said GVSU Latino/a Faculty and Staff Association Co-Chair Adriana Almanza. “She is very much still active in many of our GVSU programs and events. Knowing that many of our faculty, staff and students still connect with (Ysasi) makes me particularly excited for those who also wish to run for office one day.”

During her time at GVSU, Ysasi said she was very involved with student life, was president of the Latino Student Union, and was also involved with the Cultural Board.

“I was very involved with leadership and leadership roles, and so I credit Grand Valley as giving me that real-life experience of what it means to be a leader of a group, to even do things like heavy engagement, like knowing how to run a meeting,” Ysasi said.

Ysasi’s election brings more diversity to Grand Rapids’ government and more representation for members of the Latinx community. Her work and success in Grand Rapids is historically significant, and also has a direct impact on the Laker community.

“Many times, we don’t have a seat at the table,” Almanza said. “There are many individuals who now feel that, through (Ysasi), their voice can now be heard. For me, her win is special, particularly because of the overall political climate. Latinos are a viable contingency in our community and (Ysasi) is an example of that. My hope is that her win inspires others to also serve and lead in any capacity they see fit.”