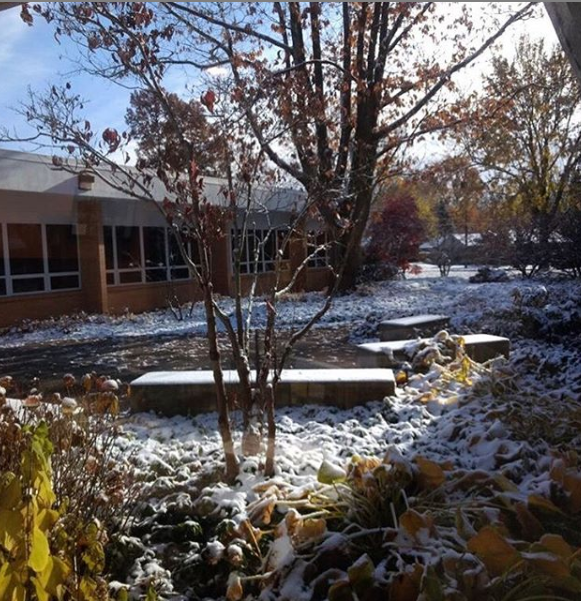 As a part of Campus Interfaith’s mission of celebrating the religious diversity of Grand Valley State University, they’re planning a visit to Temple Emanuel in Grand Rapids for a tour of the synagogue and a presentation about their traditions. The visit, which will occur Friday, February 7 from 11:15 a.m. to 3 p.m., includes free transportation there and back for those who RSVP at the Campus Interfaith website. Not only will the event teach curious students about a religious tradition that may be different than their own, but also allow them to visit the spiritual home of members of the Grand Valley community.

“Temple Emanuel is such a warm and welcoming community, and several Jewish students from Hillel attend some of their services,” said Isabella Lieberman, Student Intern for Campus Faith Resources and liaison for  Grand Valley’s chapter of Hillel, the largest Jewish campus organization in the world. “One of the goals of our site visits is to open students’ eyes to the multitude of faiths that surround them in Grand Rapids. Our site visits are also a great way to gain interfaith knowledge in a more relaxed environment.”

The visit is both LIB 100 and LIB 201 approved, so students who attend can earn credit for their classes while learning more about the Jewish community in Grand Rapids.

“I think the group that goes will find a very welcoming environment,” said Dr. Sheldon Kopperl, a recently retired Grand Valley Professor and congregation member at Temple Emanuel. “We’re always happy to have guests, and Rabbi Schadick is really friendly and enjoys talking to college kids. I used to have him come out to my classes.”

Kopperl’s Jewish Scriptures and Traditions class gave students a chance to learn more about different Jewish customs and practices in an academic setting. Temple Emanuel, for example, is a member of the Union for Reform Judaism (a tradition very different than the Reformed Church in Christianity).

“There are three major traditions in Judaism,” Kopperl said. “Orthodox, Conservative and Reform. Reform Judaism is the least traditional. We are the fifth oldest active Reform congregation in the country, 163 years old this year. One of the interesting things about our congregation is that the congregants — and guests, if they care to do so — take part in the majority of the singing and speaking during the service. There’s very little that’s only done by the Rabbi or a soloist. In the last thirty years there’s been a Reform movement towards using Hebrew in services. We’re currently at about 50% Hebrew, but when I was growing up there was virtually none.. The Hebrew words are also given in transliteration, or the Latin alphabet. So if the congregation is chanting something and you aren’t fluent in Hebrew — only 10-20% of our congregants are — you can still follow what’s being said.”

Though the group’s tour ends before Temple Emanuel begins their Sabbath service, Kopperl notes that Friday is an important day at the synagogue.

“Our Sabbath begins Friday at sundown,” said Kopperl. “The Sabbath is considered the most joyful day of the week because it was set aside by God as one of the ten commandments. We hold services year round at 6:15. More traditional synagogues will hold services starting whenever the sun goes down. It lasts about an hour and ten minutes, and when the formal service is over we adjourn and go into the social hall. There, we say two more prayers that form an important part of the service, and that all guests are welcome to partake in.”

Students, either in groups or as individuals, are welcome to attend these Friday evening services, as well as enjoy the reception afterwards, a gathering called “Oneg Shabbat.”

“It means ‘delight’ or ‘celebration for the Sabbath,’” said Kopperl. “Because every holiday is joyful, we sanctify the day with wine or grape juice. I’m always one for grape juice myself. Congregants contribute refreshments and challah bread. The bread isn’t holy — it’s just bread — but we pray over it. It’s not a communion type ceremony like you see in Christianity, but to share the joy of the holiday with all in attendance. It’s interesting to see how our liturgy differs from Christian liturgy, where Jesus turned these everyday Jewish ceremonies into something special by saying ‘this wine is my blood, this bread is my body.’”

Congregants are always willing to talk with new people, so the after-service reception is a great time for students to ask questions. For those interested in more in-depth study and discussion, however, Temple Emanuel has an open Torah study at 9:30 a.m. Saturday mornings.

“I’ll be leading one February 29,” Kopperl said. “We’re always delighted to see college students, Jewish or not. In addition, Temple Emanuel hosts a model Seder for the community so that people who are not Jewish can see and participate in the meal, as well as enjoy traditional Jewish delicacies like matzo ball soup. The Last Supper, according to the Christian gospels, was this traditional Seder meal on the first night of Passover. That’s coming up this spring, on March 24.”

Those with more questions about Temple Emanuel can email them at [email protected], or visit their website for more information.