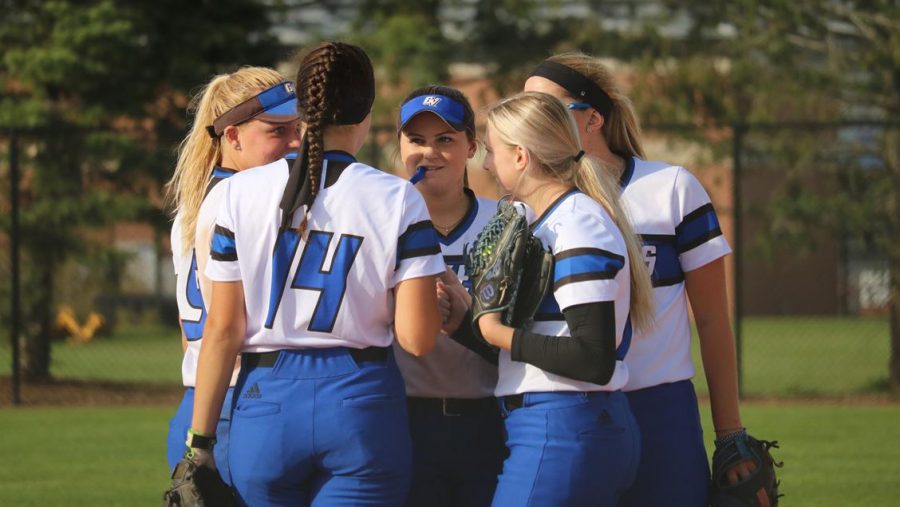 The Grand Valley State softball team spent their Spring Break in Florida where they played against twelve other teams during their academic time off. The Lakers totaled eleven wins and only one loss during their trip, their singular loss being against Saint Anselm in the first matchup.

GVSU split their first day with one loss and one win on Sunday, March 1. The Lakers took on Saint Anselm and eventually lost to the team in a close 1-2 game. GVSU bounced back in the second game against Wilmington where they continued on to win 6-2. Each day after the Lakers went undefeated.

The following day they defeated Ceaderville as well as Kentucky Wesleyan 11-3 and 3-0 respectively. GVSU did not allow either teams that they matched up against that day to score any points, winning 3-0 against Gannon and 8-0 against Concordia Saint Paul. The next day the Lakers faced Mary with a final score of 7-2 and Felician 12-4. GVSU took on Adelphi beating them 6-1 and against Georgian Court they had their largest win of 17-3. Their last day in Florida ended with the Lakers victorious against Minnesota Duluth and Missouri St. Louis, scoring 4-1 and 3-2 respectively.

Although the team did well this past week, the  GVSU head coach Dana Callihan believes that there is always a lesson to learn and that each game gives something to improve on.

“We will be working on the basics and working to get better every game,” Callihan said. “We’re learning that we have to be ready for everyone, every game.”

The Spring trip is a learning experience every year, one that the team can look forward to with fondness knowing that it will be packed full of competition and fun, Callihan said.

“It was a great week,” Callihan said. “We improved every game and really started to come together. It gives us a chance to play good competition to get ready for our conference season. We have new faces so we were trying out some different combinations. We enjoy playing with anyone. When you have opponents that respect the game and play it well, that makes it really fun.”

The fun continues for the Lakers as they set off to take on the Ohio Dominican Panthers on Saturday, March 14. in Columbus, Ohio. GVSU will travel in hopes of continuing their eleven game winning streak.