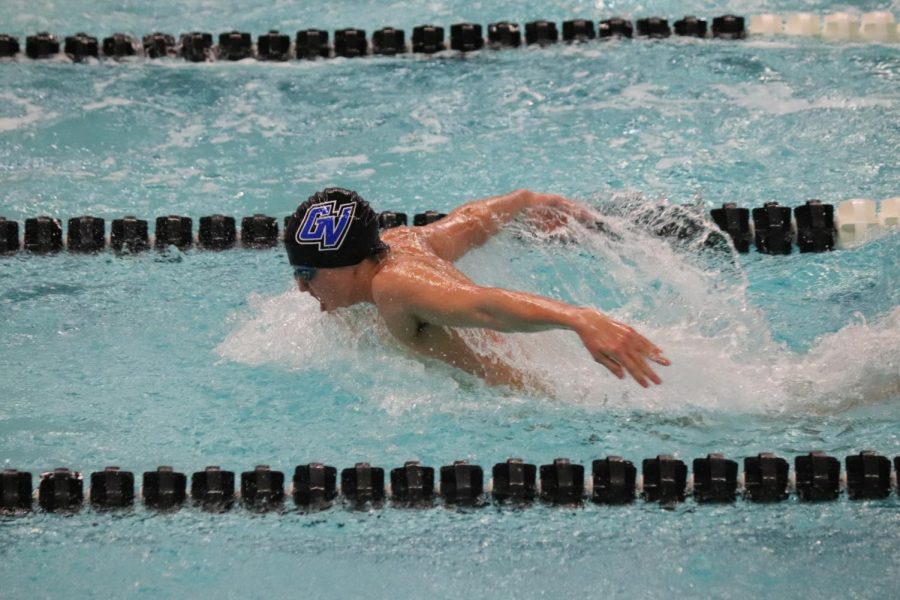 Many spring sports athletes at Grand Valley State University heard extremely dire news early last week. With the news of GVSU’s classes cancelling and moving online to the end of the month, many university events were cancelled as well. GVSU suspended sports, too, including women’s lacrosse, softball, baseball and others.

This is extremely disappointing news for everyone involved. This not only affects the players who have dedicated parts of their lives to the sports they love, but also the coaches who have put all of their efforts into their teams this season.

The decisions made by GVSU and the NCAA were taken into exceptional consideration. They were not easy decisions to make but they were appropriate to making sure the student body and athletes are safer for spreading this new virus. Most coaches and players understand the decision needed to be made, but it is still painful nonetheless.

“To invest as many hours physically, mentally and emotionally as our players and coaches invest into the entire body of work leaves a very empty and incomplete feeling,” said GVSU baseball coach Jamie Detillion. “It’s what we work for twelve months out of the year whether guys are on campus or at home on their own. The games in large part, complete the experience. Let me say this though, the top priority is everyone’s health so there is zero intention of downplaying the potential impact this virus could have. It has created such an abnormal experience and has escalated so quickly to fully comprehend yet.”

GVSU seniors are arguably affected the most by the cancellation of games. These athletes have given their college experiences to their respective sports and potentially will never play again. Earlier games that have happened this season may have been their last.

“It’s tough that the season ended on such short notice especially after the hot start we’ve had,” said senior infielder Anthony Cocco. “Now we are left with a lot of unanswered questions about the future and wondering what could have come from the early success in the season. We were extremely disappointed by the news. We worked hard all fall and winter to prepare us for our season.”

GVSU’s baseball team was off to a hot start. The team had an 11-4 record and were second in the GLIAC conference. The team was full of potential and could have won the GLIAC, but now fans and players will have to wait and see if the season even gets to that point.

The baseball team was well underway in their season and it’s painful to see it come to a halt. It’s arguably more heart wrenching to see a team suspend play after the season has barely started.

GVSU’s women’s lacrosse team was 3-1 and on their way to another highly successful season. The team made it all the way to the GLIAC championship last season and had a lot of hope for a 2020 revenge tour.

Some teams had cancelations mid-events. The GVSU swimming and diving team was forced to stop competing in the middle of the NCAA championship. The team had worked tirelessly all season to reach this point. More than 17 swimmers and divers made the national cut to compete, and many of them didn’t even get the chance. After the men’s team won the GLIAC championship, it was disappointing to many players to see the season end so abruptly.

“I am really upset about this whole situation,” said sophomore Jesse Goodyear. “Everyone on our team was extremely upset and frustrated that all the hard work and effort they had put in to not only swim, but to just even qualify for the championships. It felt as if it was for nothing now. I only got to compete in the 1,000-yard freestyle and didn’t get to swim my main event, the 1,650, where I was seated third. I really wish I got to race it as I felt good and ready for it but I guess I’ll just have to bring all I’ve got next time.”

The event cancelling was also the last time seniors on the team would compete.

“The team was very disappointed upon this decision to cancel the meet, we had seniors incredibly upset and that their last ever swim meet was cancelled so abruptly and others that really wanted to race and give it their all,” Goodyear said. “Overall, in the perspective of the NCAA this decision had to be made but from my eyes I really wish they continued the meet for the remaining two days as everyone at the meet had been together with each other for five days beforehand.”

Sports and class cancellation have also affected international students. With the virus outbreak, President Donald Trump has banned travel in and out of the European Union. It will be difficult for international athletes and students to go home and see their families while this crisis runs its course.

“I will be flying home on Monday back to Australia before my government begins bans on traveling into the country,” Goodyear said. “Many internationals on our team are going or on their way home already, all just adding to a disappointing end to the season and semester.”