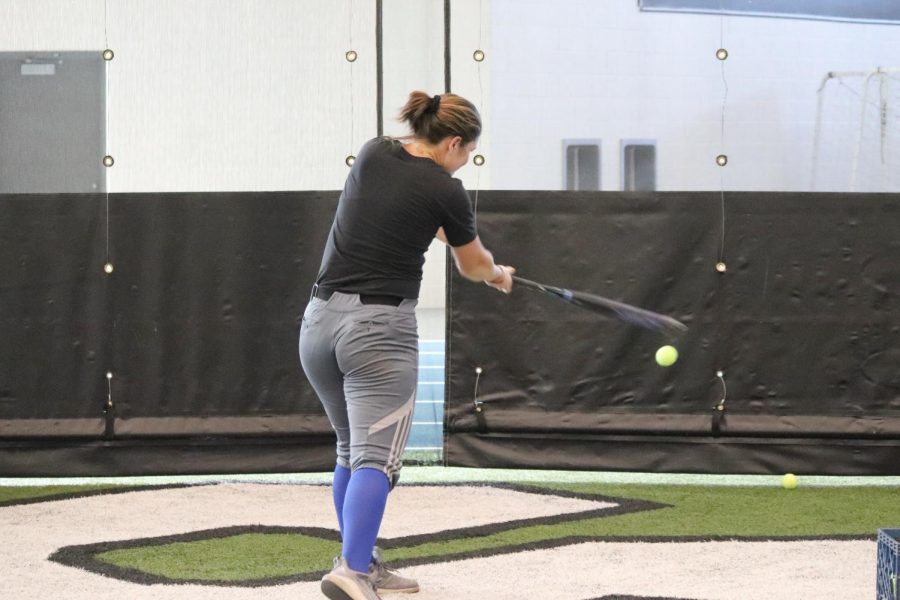 Grand Valley State Softball’s season has been cancelled due to the COVID-19 virus, also known as the “coronavirus,” putting an end to a promising softball season for the Lakers.  Although the season had just begun, the Lakers showed signs of having another successful season.

One of the reasons for their budding success was junior Nikoma Holmen.

Holmen, a Wyoming, Michigan native, after playing in just 16 games this season had already started to accumulate impressive statistics, especially while up to bat. She has a batting average of .448 and has had 58 total at bats this season, 28 hits, 17 RBIs and scored 10 runs herself. While she has been a major leader and source of points for the Lakers, she is not alone in her success while on the bases.

Another leader for GVSU was sophomore Lydia Goble, and she too has been a major driving force for the Lakers while batting. She has had 41 at bats and has also tallied a .463 batting average, as well as 19 hits, 14 RBIs, and 13 runs scored herself.

Goble is accompanied by junior Taylor Rieger, who also has been a force to be reckoned with this season. Her batting average was .438 while she has had 48 at bats 21 of which resulted in hits, she has bit 18 RBIs, and has scored 18 runs.

These three players were a major reason why GVSU had gotten such a fast start of the season, the team had an overall record of 13-3 but had yet to get into any conference matchups.

During their spring trip the Lakers played 12 games and had only lost their first down in Florida where the tournament was held. They held a winning streak of 11 and a percent of .812 overall for the season.

The Lakers had big shoes to fill this season and wished to follow in the footsteps of the ones that came before them. The previous season GVSU had an overall record of 51-10 with a pct of .836, a conference record of 24-6 with a pct of .800, and had even made it into the College World Series.

Now, the Lakers will not get the chance to raise to the level that they had last year despite their explosive start to the season.