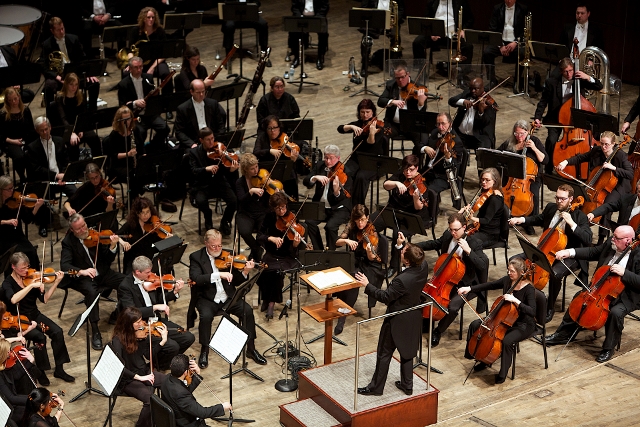 The COVID-19 pandemic has brought nearly every aspect of daily life to a halt, and the music scene has been no exception. The Grand Rapids Symphony has had to cancel all concerts and events through April 10. These cancellations have significantly affected the lives of the Grand Rapids Symphony administrative staff, conductors, musicians and concert-goers.

With the exception of a few concerts being rescheduled, staff and concert-goers were notified of cancellations via email, press releases and social media posts. Grand Rapids Symphony has chosen to opt for cancellations instead of rescheduling events due to the nature of their business and the high volume of concerts and events.

President and CEO of Grand Rapids Symphony Mary Tuuk acknowledged the significant impact these cancellations will have not only on business, but on everyone involved in the Symphony.

“It’s hard on everyone,” Tuuk said. “Music wants to be heard, and musicians want to play, so it’s a struggle to be silent. Just as importantly, the community we serve depends on music for entertainment and nourishment, which everyone wants and needs, especially now.”

The Grand Rapids Symphony relies heavily on ticket sales for funding and maintaining daily operations. Due to this, they are encouraging patrons to exchange tickets or donate their ticket costs rather than seek refunds.

“We’re happy to exchange tickets for future concerts through May of 2021,” said Tuuk.

The Grand Rapids Symphony is giving concert-goers the option to donate the cost of their tickets rather than exchanging or returning the tickets.

“The Grand Rapids Symphony is blessed with kind and generous supporters who understand that a great community needs and deserves a great orchestra,” Tuuk said. “We’re confident our patrons will help us meet the challenges that lie ahead.”

During this time, the Grand Rapids Symphony is offering free concert tickets to those who work in healthcare. An article written by Senior Manager of Communications and Media Relations Jeffrey Kaczmarczyk said that the Grand Rapids Symphony recognizes “the extraordinary sacrifices healthcare providers are making to keep us safe and healthy.” In recognition of their hard work, the symphony is offering two free tickets per healthcare worker to a 2020 D&W Fresh Market Picnic Pops.

Tuuk also acknowledged the extremity of the pandemic.

“Never in our 90-year history has the Grand Rapids Symphony faced this particular challenge,” said Tuuk.

The only other time in history the Symphony faced an issue of having less business was during World War II.

“During World War II, the Grand Rapids Symphony performed fewer concerts, in part because of rationing due to the war effort and in part because some of the musicians were serving in the military, but there was time to plan ahead,” said Tuuk.

Tuuk believes that the precautionary measures taking place during this time are necessary.

“The health and well-being of our Symphony family and community is the top priority,” said Tuuk.

Once the COVID-19 pandemic comes to an end and the precautionary social restrictions are lifted, Tuuk expects operations at the Grand Rapids Symphony to resume as normal.

“We will seek to resume normal operations as quickly as feasible,” said Tuuk.

Tuuk believes that when daily life resumes as normal, it will come with an increased appreciation for music.

“I think we all may come out of this with an even greater appreciation for the power of music to soothe and sustain us,” said Tuuk.