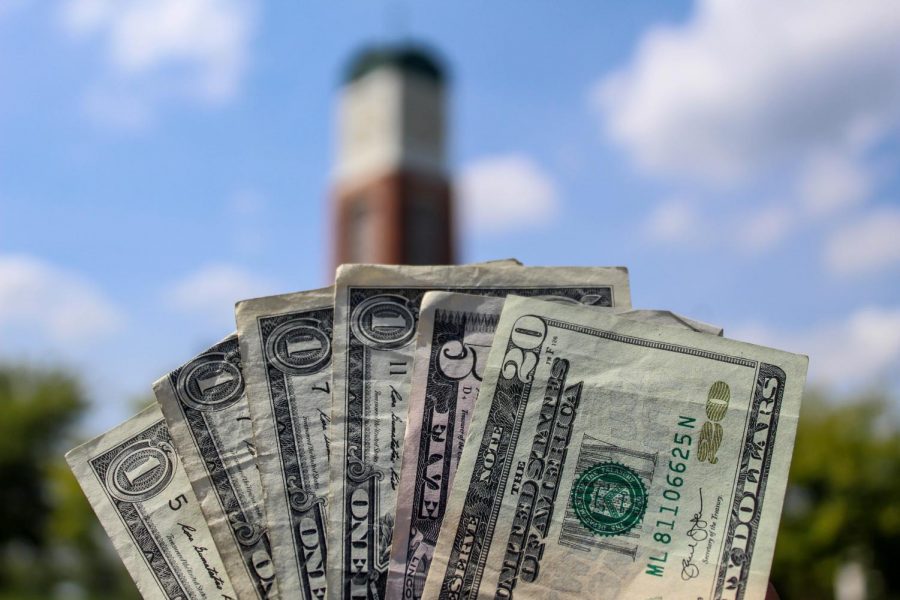 Student leaders around campus were invited to a series of informational sessions led by Grand Valley University Leadership July 28-29. The sessions explained the tuition increase of 3%, which was approved by the Board of Trustees and featured dialogue and student perspectives.

After opening thoughts from Loren Rullman, Vice Provost for Student Affairs and Dean of Students, the first bulk of the meeting followed a presentation from Associate Vice President for Business and Finance Craig Wieschhorster that outlined budgeting decisions and context for the tuition increase.

“I want to be upfront and say I recognize the frustration,” Wieschhorster said. “COVID has really fundamentally altered the way we do business here at the university and really changed the phase of life in general. It’s really impacting every phase of our lives as we move forward.”

Wieschhorster went over revenue factors for the university, including tuition (which makes up 78% of the $356 million budget for 2019-20) and state funding (which makes up about a fifth of revenue). He noted that over time, state appropriations have decreased, largely resulting in an increase in tuition to make up for lost revenue.

Additionally, Wieschhorster noted that throughout the state, there is a decrease in high school graduation rates, resulting in dipping enrollment over the past few years. For each 1% decrease in enrollment, there is a $3-3.5 million decrease in revenue for the university, he said, and expenses are unmoved.

To compensate, the university eliminated about 35 positions and cut $10 million from the overall budget over the past few years.

“We’ve done so through some pretty smart budgeting moves,” Wieschhorster said. “We really tried to lessen the impact to the university experience for the students.”

This year and next, it seems there will be a dip in state funding, which the university is preparing for. That means that in short, between budget cuts and COVID-19 losses, there was a $42 million shortfall the university had to make up for this year. If the tuition increase was never considered, it would increase the shortfall to about $52 million.

Additional costs included loss in revenue from athletics and the bookstore, bolstering technology bandwidth on campus, student refunds and facility adjustments to accommodate for social distancing and sanitization.

To provide aid to students, the university took the second tranche of CARES Act funding (which is an additional $9 million to the initial $9 million given to students already) and put $2.25 million into this year’s Financial Aid budget. The additional funds will be spread out in the future to ease student wallets down the road.

Add to that $5.7 million in financial aid, which was tucked into the preexisting budget to continue to support students, which increases average financial aid. The university also removed and absorbed hybrid fees, which other universities imposed on their student bodies.

“On the whole, we’re putting much more money to work in terms of financial aid,” Weischhorster said.

Weischhorster turned the mic over to Associate Vice President of Financial Aid Michelle Rhodes, who made clear that average awards have gone up, which is a push from the office to always secure more funding for students.

“It’s my priority as the financial aid director to make sure we consistently ask for more dollars, especially in a time of tight financial times,” Rhodes said.

The need for financial aid is felt now more than ever, as Rhodes said the office saw more than 10,000 requests for hardship funds — both federal and institutional funds. She encouraged students to visit the open form on GVSU’s website or reach out to the Office of Financial Aid.

Following Rhodes’ presentation, the floor was opened for questions and comments from student attendees, which were answered by presenting leadership. The hour-long session was then ended with closing comments from administrators, including GVSU’s new Vice President for Enrollment Development, B. Donta Truss.

“I’m excited about working with you all and your energy and candor as you ask questions and prod a little bit,” Truss said. “I feel like a little agitation is always good, and there is often progress that comes from that. But there is a way to agitate, and I think this is how you do it — you share in open forums, you converse, you share ideas and concepts, and you listen to (various) sides so you know both sides of the story.”