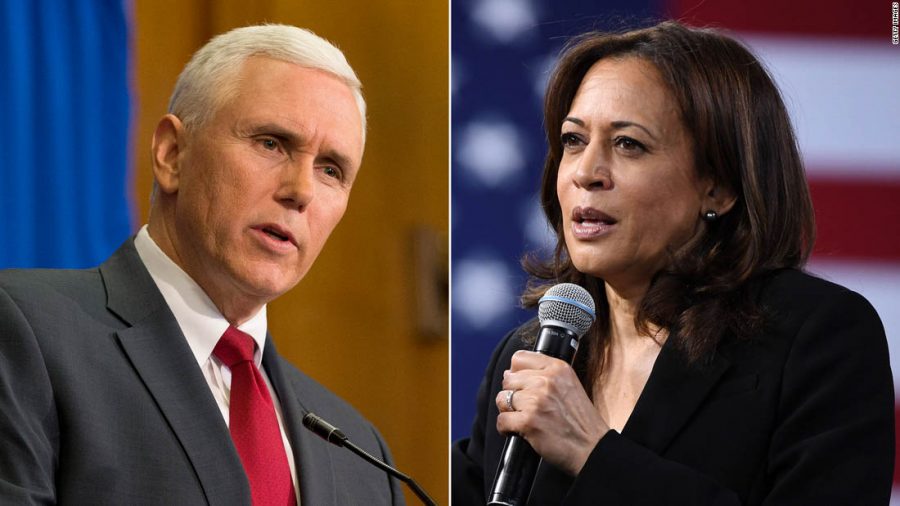 The pandemic response, taxes and a fly on Vice President Mike Pence’s hair dominated reactions to the Vice-Presidential debate.

On Oct. 7 at the University of Utah at Salt Lake City, Vice President Pence and vice presidential Democratic Nominee Kamala Harris faced off on the debate stage. The debate was considered to have more importance in this election cycle than previous vice presidential debates.

Early on, a strong moment for Harris included an exchange over coronavirus response.

“On Jan. 28, the vice president and the president were informed about the nature of this pandemic,” Harris said. “And they knew what was happening and they didn’t tell you… They knew and they covered it up. The president said it was a hoax.”

Harris and Pence then proceeded to spar over possible future COVID-19 vaccines. When asked if she would take a vaccine released before the year was out, Harris said that if a vaccine is vocally supported by medical professionals like Dr. Anthony Fauci, the head of the National Institute of Allergy and Infectious Diseases, she would be the first in the line to take it.

Harris also said, “If Donald Trump tells us we should take it, I’m not taking it.” Pence took the opportunity to critique Harris’ rhetoric and disbelieve in an upcoming vaccine the Trump administration promised would be distributed soon.

“The fact that you continue to undermine public confidence in a vaccine… is unconscionable,” Pence said in response. “I ask you, stop playing politics with peoples’ lives.”

Later into the debate, the vice president pressed Harris over taxes.

“Joe Biden said twice in the debate last week that he’s going to repeal the Trump tax cuts,” Pence said. “That was tax cuts that gave the average working family a $2,000 tax break every single year.”

Harris responded by saying the claim was untrue.

While the debate itself focused on serious topics, it was a common fly that ended up stealing the show on social media. In the middle of the debate, a fly landed on Vice President Pence’s hair and stuck around for two minutes. It was a brief moment of levity in an otherwise serious and professional debate, and would be the subject of many jokes across the internet.

“I thought it was funny it stayed up there for so long,” said Grand Valley State University student Nicholas Ford when reflecting on the singular moment from the debate. “He didn’t even notice it was there.”

This reaction was shared abroad as well. The BBC, a news media organization based in the United Kingdom, ran an article about worldwide reactions to the debate titled, “Global media relieved at ‘civil’ debate in the US.” It detailed how various news organizations, like Germany’s Die Welt and Danish Public Service Radio were pleased to see a more civil debate stage this time around.

“I’ve got to admire Senator Harris’s composure,” said student Allison Klimek. “I would say that this debate was one hundred percent more professional than the last one. You had your interrupting banter from both sides, but they handled it like adults. It was so much more professional, and it was very refreshing to see that.”