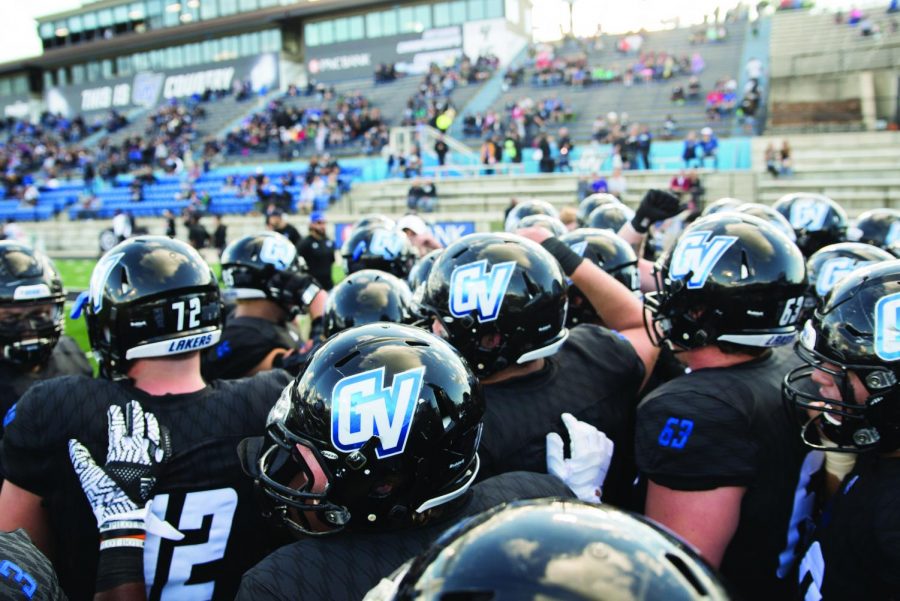 As the Grand Valley State University football team remains off the playing field, universities in other states have not been as stringent in their COVID-19 battleplan. Schools like the University of Notre Dame and California University in Pennsylvania (Cal. U), have experienced some consequential outcomes in this season’s realm of possibilities with the COVID pandemic. Cal. U suffered a tragedy greater than any other.

On Sept. 9, Jamain Stephens, a linebacker for the Cal. U Vulcans died of a blood clot in his heart. Since then, his family has retracted initial claims that the cause of death was COVID-19 and has instead decided to keep this information within the family. Regardless of whether or not COVID-19 was the official cause of death, COVID-19 outbreaks are now a reality for teams as cases still surge all over the country.

Stephens, son of the 1996 first-round draft pick for the Pittsburgh Steelers, held the nickname “Juice” among his friends and teammates. He wore a size 19 shoe and broke the Central Catholic High School record with a 635-pound deadlift at the age of 14. He was one of a kind.

Off the field, he was described as someone with a lot of spirit and personality, always smiling and making sure everyone else around him was doing well. On the field, he was an ideal linebacker that occasionally enjoyed showing off his one-handed catching skills.

As a 20-year-old college student, Stephens was surrounded by friends, teammates, professors and family, but his exposure was traced back to his roommate. With nothing triggering any alarm bells, Stephens was tested for COVID-19 after catching a small cold that his roommate had. A chest x-ray proved it was something much more severe: pneumonia. The heartbreak Cal. U is reeling from is a shock to everyone around the country, because a young athlete like Stephens should have had a better chance.

In Michigan, the GVSU football team has been keeping their players in the safest possible environment that they can be successful in. The GVSU coaching staff is doing everything they can from holding workouts outside, ensuring everyone has a mask on, filling up water bottles for individual athletes and maintaining a six-foot distance between each workout station. Stephens’ passing is a grim reminder of the potential risks of doing anything less.

Even with the safe atmosphere the Lakers have built during the pandemic, there are obviously downsides. So much of football’s tradition and energy is lost to COVID precautions. Keeping that motivation and devotion for the sport can be harder when there’s no contact allowed. There are big differences between this season and the seasons that came before it.

“You have to just think of the bigger picture,” said junior linebacker Brendann Brown.  “You show your friends some love by dapping him up, shaking his hand, but you put each other more at risk for COVID-19. We can’t touch each other. We can’t show emotion. We just have to do our work, get in and get out. It kind of decreased the energy, but it’s just something we have to abide by.”

Notre Dame has also struggled with a COVID-19 outbreak themselves. So far, 39 players were either in isolation or quarantine at the beginning of October, according to reporting from the New York Post. This has set their season back quite a bit and risks the lives of a football staff as well as young athletes.

These cautionary tales from other college teams might have sparked team meetings across the board at GVSU, but football players like Brown haven’t heard anything about them.

The Lakers haven’t talked about the death of Stephens with each other, and as scary and eye-opening as this news may be, their spirits are still strong.

“I’m just so thankful for the coaching staff and so grateful that my friends, family and teammates are healthy,” sophomore offensive lineman Garrett Carroll said. “Football is a lifestyle, so the small sacrifices we have to make in order to keep everyone safe are worth any inconvenience. It is more important than ever to remember the reason we’re taking these extra precautions as a school, and the reason we’re doing this together.”