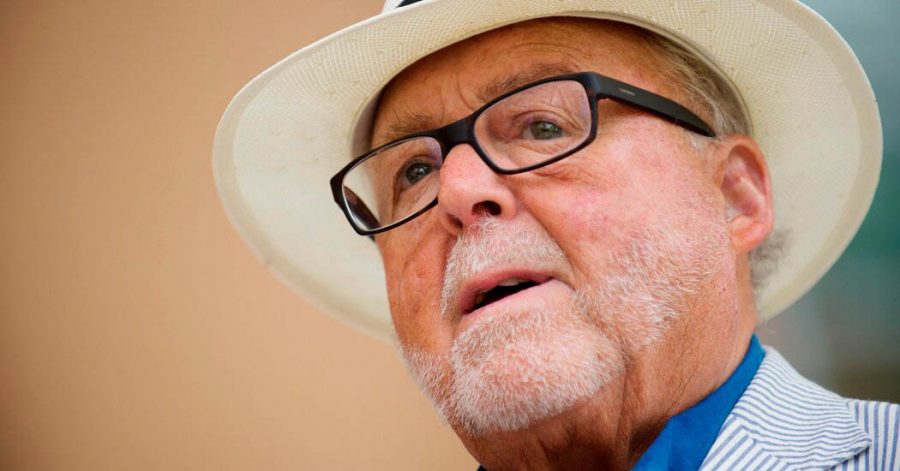 On Wednesday Oct. 21, Peter Secchia, a longtime Grand Rapids businessman and philanthropist, passed away at the age of 83 from complications related to COVID-19 and other underlying health conditions. Secchia leaves behind a rich legacy of generosity, having supported the education and economic growth of West Michigan throughout his life.

Secchia was known around several states, involved politically in the state of Michigan and nationwide. Though he grew up in New Jersey, West Michigan was his home, and here he is best known for being a dedicated philanthropist and successful entrepreneur.

Community leaders from across the state reacted with sorrow at the news of his death. Grand Valley State University’s own President Philomena Mantella called him a “Grand Valley icon,” who played an influential role in the growth of GVSU.

“He believed he had a responsibility, that if you had a lot, you gave a lot,” Mantella said. “That is literally who he was as a man, so some of that was reflected in his public service, and in his philanthropy.”

It was also reflected in the role he played in GVSU’s growth.While active at the university, he served on the advisory cabinet of the Grand Valley University Foundation, provided the lead gift for one of the downtown living centers at GVSU, and had Secchia Hall named after him, in honor of his generosity.

“He really understood education as an essential part of the region’s economic development, and saw the support of Grand Valley as important for the students, and for the development of the region,” said Mantella.

She stressed his generous support of GVSU as an investment into the future of our university and for all of the West Michigan community.

In his later years, Secchia spent several years in Italy as an ambassador. His international experiences in Italy and elsewhere inspired him to create the Ambassador Secchia International Studies Scholarship, which helps give students at GVSU the opportunity to study business and public administration in colleges across the world.

“He was a person who was very well traveled internationally, of course as ambassador to Italy, so international study was very important to him,”said Mantella.

Secchia was also an active supporter of the Seidman College of Business. The Secchia’s were recognized for their gifts to the L. William Seidman Center with the Peter F. Secchia Family Wing. They also helped create the “Peter F. Secchia Lecture Series,” to highlight national and regional leaders of business who discuss trends and current issues. Secchia served on the committees for the Grand Design 2000 and Shaping Our Future campaigns.

“He tried to ensure that we were at the front edge of thinking, of the changes that are happening in our society and in our community,” said Mantella.

Secchia’s investments into GVSU and West Michigan helped give the Grand Rapids area some of the strongest economic indicators in the state. His goal was always to help the region thrive, to be known nationally and globally.

“He did everything with a zest for life and passion. He had an incredible energy, and just an overflowing passion,” said Mantella, placing a special emphasis on his generosity, and his relentless goal to buildWest Michigan into the best that it could be.

Students at GVSU can honor his legacy by pursuing their higher education with the same excellence that defined Peter Secchia’s life.