Zoom attackers found in other states 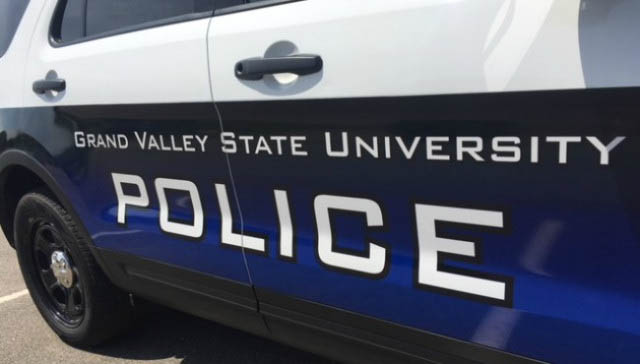 It has been nearly two months since a group of individuals Zoom “bombed” four different groups across the Grand Valley State University community. These “bombings,”  which involved unwelcomed users disrupting Zoom meetings, sent GVSU’s community into a spiral, but allowed for the university and their Information Technology (IT) Department to create new guidelines.

Along with the help from multiple groups and agencies, the Grand Valley Police Department and those other agencies were able to find the main culprit in the attacks and that person will be facing discipline in their home state.

“It was an online intrusion, so what we were able to do through the course of the investigation is to write and obtain several search warrants to obtain the IP address of the people who were involved in the meeting,” said GVPD Capt. Jeffery Stoll.

Tracking information, like IP addresses of people who were and were not supposed to be in the meetings, suggested that the main culprit is from the state of Washington and not connected to GVSU’s community in any way. It appears that the attack was random and chosen based on their ability to enter the meetings.

“There was no real motivation, so I think it was due to the accessibility,” Stoll said. “It was pretty much a random attack, but it was because the lack of security and lack of protection on those meetings which allowed for that person and others to obtain entry to the meeting.”

Links to Zoom meetings can be made public and can be seen by anyone who wants to see them, and this factor is believed to be how the individuals were able to lead these Zoom attacks.

Since these Zoom “bombings” took place, GVSU and their IT Department have changed how Zoom meetings are accessed while adding other security measures like separate waiting rooms and passcodes that are needed in order to enter the virtual room. Stoll says that the GVPD and IT have worked together many times and in this specific case, they played a major role in finding investigative information at the beginning of the case.

Although the “bombings” were done by a group of individuals, the use of search warrants for technological information allowed them to find the main contributor to the incidents.

“There was more than one person involved, but we did find the key kind of leader and we have identified that person,” Stoll said. “They started to take some responsibility and they are going to be held accountable in their home state.”

The GVPD worked closely with an agency in Washington, and that agency will make sure the person responsible will be held accountable for their actions. They will be charged with an appropriate computer-based crime based on the laws in their own state.

“We have essentially completed the investigation,” Stoll said. “We won’t be doing any further action and all that information has been turned over to the state of Washington.”

With this case reaching conclusion for the GVPD and with many members of the community going home for the holidays, Stoll urges safety for those both on campus and at home. Even though campus foot-traffic will be decreased during the break, the GVPD will continue to protect the campus and those in the community.