Michigan Senate denies approval of nominees to GV Board of Trustees. 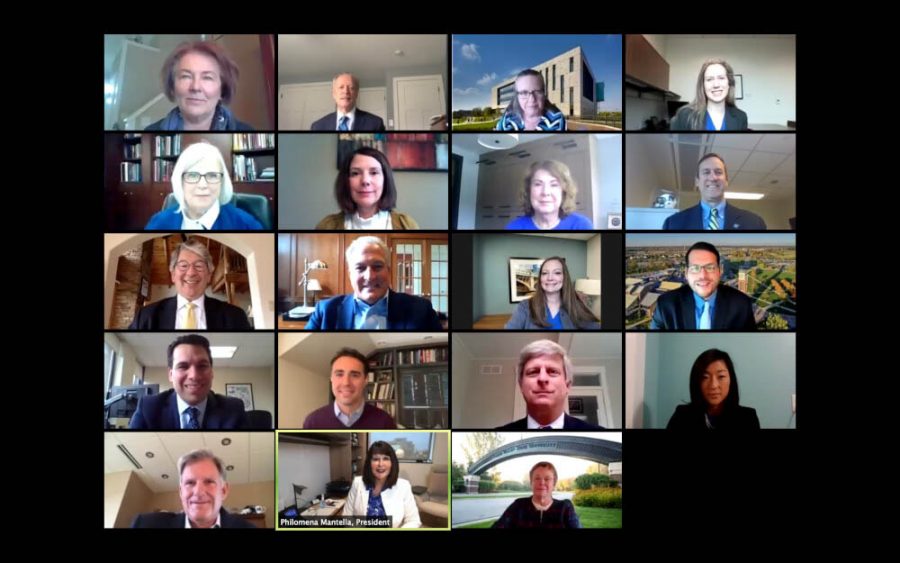 Last week, the Michigan Senate voted on the approval of seven gubernatorial appointees chosen by Gov. Gretchen Whitmer. The Senate voted along party lines, with the Senate GOP voting against Democrats 20-14 to reject the approval of five of the nominees. Two of the blocked appointees included positions on the Grand Valley State University Board of Trustees.

The rejected GVSU appointees were Noreen Myers and Mikyia Aaron. Both are GVSU alumnae and now work as accomplished attorneys in East Grand Rapids and Detroit, respectively.

Myers graduated from GVSU in 1972, and in 2005, served her first term on the GVSU Board of Trustees when she was appointed by former Gov. Jennifer Granholm. She would have been the replacement for Mary Kramer.

“Noreen Myers has a long history of commitment to the University,” said Senator Winnie Brinks, representative of the 29th District. “She was previously on the Board of Trustees, so she’s certainly more than capable of serving on the position, and is passionate about the success of GVSU.”

Brinks gave a speech in the defense of Myers after her appointment was rejected by the senate. In the speech, she highlighted Myers’ qualifications for the job.

Speaking with the Lanthorn, Brinks stressed her conviction of Myers’ fitness for the role, as well as bringing up Myers’ role at GVSU’s Hauenstein Center, where she chairs the Common Ground Initiative.

“I mentioned that, in part, because we were in the midst of a rejection, not because of her qualifications, but because of partisan differences,” Brinks said. “In my speech, I spoke about her role in the Hauenstein Center because I find it ironic that here is a highly qualified appointee who has dedicated her life to encouraging conversations, despite difference, across party lines, whose appointment was being rejected for political reasons.”

According to MLive, Senator Mike Shirkey, the majority leader of the Michigan Senate, characterized the vote to deny the appointees as “political gestures” to pressure Gov. Whitmer on the issue of executive overreach by the office of the governor.

“Yesterday’s action on appointments was a purposeful political gesture,” Shirkey said in an interview with MLive. “Not a gesture to score points, but a gesture to make a point. Until this governor stops acting unilaterally and invests in and encourages and invites in the Legislature to be a part of some of these decisions, not all of them, then we’re relegated to using the tools given to us in our Constitution and our statutes.”

Despite the stand-off, the GVSU Board of Trustees is confident that their vacant positions will be filled soon.

“Members of three university Boards of Trustees were denied confirmation because of unrelated disagreements between the Governor and state legislature,” said Matt McLogan, Vice President for University Relations and Secretary of the Board of Trustees. “We are optimistic that these disagreements will be resolved, that Grand Valley’s appointees will be re-nominated and that the State Senate will consider them consistent with its advice and consent responsibilities.”

Senator Brinks is similarly optimistic, indicating that she has hope for a resolution.

“I’m not exactly sure what the procedure will be, going forward. My hope is that Myers has a second shot at becoming a member of the Board of Trustees at GVSU because there’s really no one better for the position,” said Brinks.