GV, GRPM gather voices from around globe to participate in Roger That! virtual conference 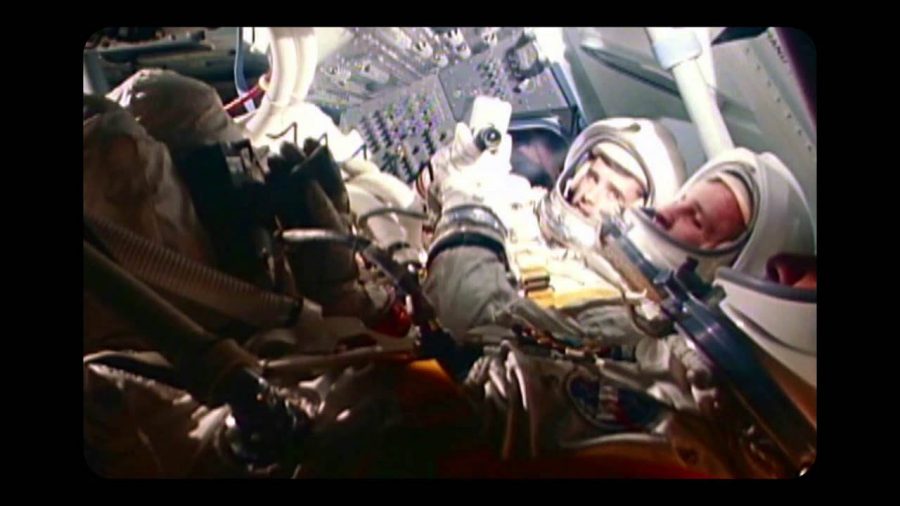 Grand Valley State University, in collaboration with the Grand Rapids Public Museum (GRPM), successfully held its fifth annual Roger That! conference. Called “Roger That! V,” GVSU noted that the “V” is not only meant to represent the Roman numeral for the number five, but that this year, “The V is for Virtual.”

Held on Feb. 19 and 20, the Roger That! conference is meant to celebrate the life of Grand Rapids native, Roger B. Chaffee, and his love for space exploration.

Chaffee was a former American naval officer and aviator aeronautical engineer, as well as a NASA astronaut in the Apollo program. He died in 1967 during an Apollo I pre-flight test when a fire broke out in the cockpit.

Although the conference began in 2017 to mark the 50th anniversary of Chaffee’s death, Deana Weibel, event co-organizer and GVSU professor of anthropology, said the conference has become more of a way to celebrate his birthday (Feb. 15) than to commemorate his tragic death.

This year GVSU and the GRPM offered a multitude of speakers and events as well as some educational opportunities for K-12 students.

Weibel said the event being held virtually this year was actually a huge advantage, and that it expanded the opportunities of the conference by a great deal.

“Typically we would bring in one or two keynote speakers, usually an astronaut as one of them, often a scientist or artist as the other,” Weibel said. “This year, we weren’t limited by the costs of transporting guests, so we reached out to friends and acquaintances in the ‘space world’ for suggestions and ended up with quite a fascinating lineup.”

Some of the most distant presenters this year were Katarina Damjanov and David Crouch from Australia, and Brother Bob Macke from Vatican City (a section of it in an Italian town called Castel Gandolfo).

GVSU also decided that since Roger That! was virtual this year, they should invite some “masters of the virtual.” So, they brought in a very special panel of special effects and space artists.

Another guest speaker, Margaret Weitekamp, the Curator and Department Chair of the Department of Space History at the Smithsonian’s National Air and Space Museum, presented on the ways that space-loving communities have been connecting with each other — even when they can’t be together in person — for years on end.

Weitekamp said she hoped that following her presentation, people would be able to look at how they connect with others in a new way.

“I hope they think a little bit differently about the ways they connect with people and how creative people can be in finding communities,” Weitekamp said. “It’s an important message for people to hear when being polarized and thrown into our own houses. It’s nice to remember that for a very long time people have been finding like-minded folks with core interests, and it gives us additional ways to think of how we connect now.”

Aside from the virtual panels GVSU offered, the GRPM also offered their own virtual and in-person events.

GRPM held a special virtual Organ Concert accompanied by the 1925 sci-fi German silent film, “Our Heavenly Bodies,” as well as a webinar by Brent Bos, a West Michigan native and senior research physicist at the NASA Goddard Flight Center.

As for in-person activities, GRPM held showings of the new planetarium show, “Incoming!” exploring asteroids, comets and meteors at their Roger B. Chaffee Planetarium. A live show created by the GRPM also accompanied “Incoming!” in partnership with Bos.

On top of all of this, the GRPM and Bos created a set of new interactive experiences outside of the Chaffee Planetarium including a lunar crater station, meteors under a microscope, and a meteor pinball machine.

The Planetarium lobby also featured an exhibit with Roger B. Chaffee artifacts.

Christie Bender, GRPM Director of Marketing and Customer Service, said the conference and exhibit are special because of everything they encompass.

“Combined with telling the story of Chaffee, this shows that kids today in West Michigan can also grow up and fulfill their dreams of becoming astronauts and more,” Bender said. “This event brings other professionals to the community to speak to this, as well as about space discoveries and the ever-growing knowledge base about our universe. It’s fantastic to see all ages get energized around space and continue the legacy of Roger Chaffee.”