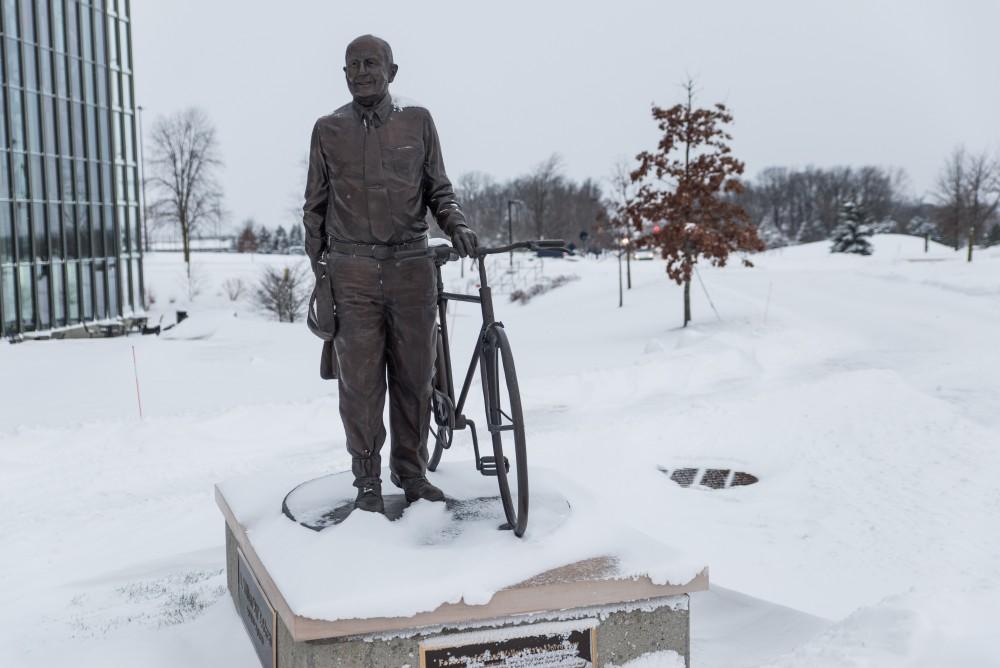 For the last couple of weeks, West Michigan has seen a drop in temperatures – the warmest being in the low 30s, and the coldest being single digits, with below zero wind chill – and over a foot of snow.

This isn’t out of the ordinary; it’s not as devastating as the storm in January 2019, and it’s not as uneventful as other recent winters. But even an average winter can have an effect on the remainder of the year, and serve as a reminder for some of the important climate issues currently facing Michigan.

As everyone is likely aware, it’s not just Michigan that’s experiencing extreme weather. The entire country is facing arctic conditions, with the middle of the country being hit especially hard.

Recently, the polar air mass reached Texas, resulting in a rare and continuous statewide power outage. Winter Storm Uri – the culprit behind the massive snowfall and Alaskan temperatures in Texas – is the result of a variety of factors, most of which involve the Arctic. While it seems counterintuitive, the global rise in temperatures is having a wide array of consequences, including extreme winter storms.

The five warmest years on record have all occurred after 2012, with 2020 ranking fifth. The Earth, on average, is warming rapidly, and with rising temperatures comes climate disasters, like the forest fires that have plagued the American West Coast and Australia, or the recent power outages in Texas.

Last year, according to the National Oceanic and Atmospheric Association’s 2020 National Climate Report, there were 22 weather and climate disaster events with losses exceeding $1 billion each across the United States, shattering the previous annual record of 16 events that occurred in 2011 and 2017.

The impacts of climate change are visible in Michigan, too. As Michigan gets warmer, we are experiencing severe snowstorms more often – resulting in outages, closures, degrading infrastructure and less of the Great Lakes freezing, which then results in fluctuating water levels and social and economic instability in communities that rely on lake ice.

Michigan’s farmers are suffering from climate change as well. Last year, crops that bloomed early in the spring due to warm temperatures were destroyed by a flash freeze in May.

This year, the Great Lakes ice coverage has remained at 42%, which is similar to the average annual ice coverage in recent years’ past. Schools have only closed a few times this year, and we’ve only seen power outages in West Michigan at the beginning of January and during the recent extreme weather.

This winter, and in future winters, it will be important for Michiganders to stay cognizant of climate change and work towards incorporating cleaner energy and environment-conscious practices by changing personal habits.

Climate change doesn’t have to be an abstract threat. It can be something all of us can directly affect.

While carpooling, once it’s safe to do so, and monitoring home energy expenditures are steps in the right direction, voting for public officials who both recognize the value of Michigan’s landmarks and work to reverse global warming is among the best strategies available to help us prevent further climate disasters.