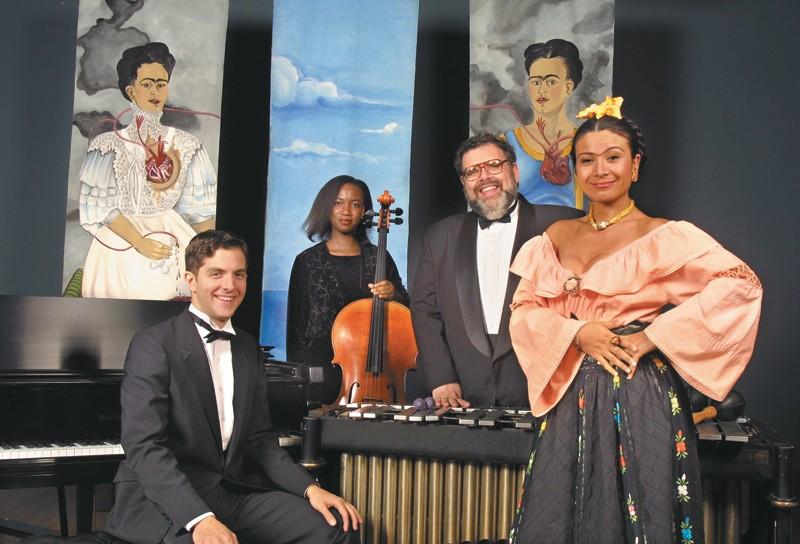 The Core Ensemble will fuse acting, live music and history in its presentation of “Tres Vidas: A Look Into the Lives of Three Legendary Latin American Women.”

The performance blends the lives of three legendary Latin figures with live Latin music to create a culture-encompassing experience. It will be performed Tuesday at 2 p.m. in the Cook-Dewitt Center at Grand Valley State University.

The world-traveled, award-winning ensemble developed “Tres Vidas” in the style of chamber music theatre, a format which blends theatrical narrative with instruments including cello, piano and percussion.

“The purpose of why we bring it here to campus is because when we looked at having Hispanic Heritage Month, we wanted to highlight the enriched the culture, but, specifically when people look back at historical leaders, they think of men, we wanted to highlight remembering these legendary women,” said Danny Ha, program coordinator for the Office of Multicultural Affairs. “We wanted to highlight all arts and disciplines, but also genders and these women cover a multitude of diversity. We want to educate the student body, faculty and staff about the impact that Latin American women have made across history.”

“Tres Vidas” writer Marjorie Agosin holds the Latino Literature Prize and the Morgan Institute Prize for Achievement in Human Rights, and is the “Scholastic” magazine 1998 Latino Mentor of the Year.

Chile-raised Agosin relocated from her home country to the United States in her teens to avoid the shock waves of an impending coup, giving this homage to feminine strength a personal meaning as deep as her origins.

Director Matthew Wright tallies “Tres Vidas” as his third directing role with Core Ensemble, but his directing credits reach into the double digits when including his cross-continental and multi-disciplinary work with award-winning actors and culture-spanning works like “Brand,” “Ivanov” and “On the Verge”.

Wright is also an actor and current associate professor of theatre at Oberlin College. Wright’s list of acting achievements approaches his directing roles in number and give him a unique perspective on the marriage of performance, music and history on display in “Tres Vidas”.

The two-hour performance is free and open to the public.