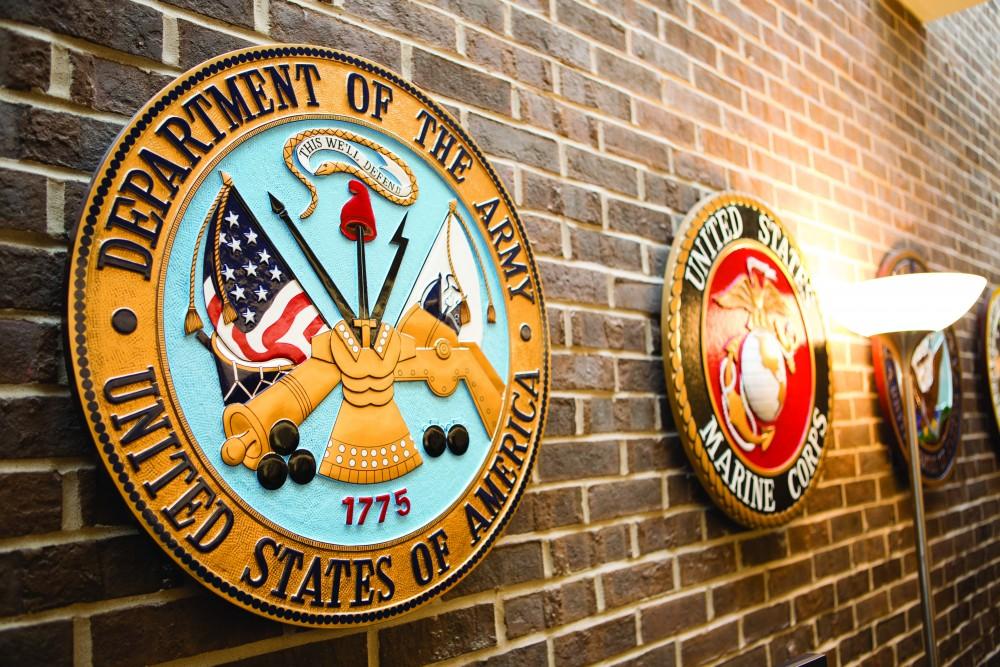 A student veteran is a person who has seen more than their fair share of burdens. After coming home from duty, many are faced with the issue of having to work full time, help take care of their family, raise their kids and go to school either full or part time.

At the first Grand Valley State University Student Veterans Gala and Silent Auction, student veterans graduating after the spring 2017 semester will be honored at a military-ball-style event for their hard work in the field and in the classroom.

“The gala is recognizing our graduating veterans,” said Morgan Barone, event planner and veteran. “It’s a little more complicated and difficult for them to graduate than it is for a traditional student.”

The gala, which will take place Saturday, April 8, at 5:30 p.m. in the Alumni House, aims to recognize, through a night full of drinks, dinner, dancing and awards, the hardships these veterans have faced. At the ceremony, GVSU President Thomas Haas and Assistant Dean of Students Steven Lipnicki will be issuing each graduating veteran their veteran chords to be worn at the graduation ceremony.

The silent auction is a way for the Student Veterans of America (SVA) at GVSU to help raise money for another event like this one and for other projects and programs down the road. Samantha Rose, event planner and student veteran, said the money they raise here will help them secure a new veterans lounge, fund next year’s gala and also help contribute to more programs for both students and student veterans on campus.

Items up for auction include gift baskets made up of mostly local Grand Rapids and Southwest Michigan products, including rounds of golf at local courses like The Meadows at GVSU, bottles of wine from Michigan wineries and vineyards, gift cards to restaurants in and around Grand Rapids, as well as student-made products, such as candles from Combat Candles and beeswax and honey made by Bee Happy.

The gala will be held in a military-ball-style, meaning there will be dancing, drinks, food and a cake-cutting ceremony done in the traditional Marines way (with a ceremonial sword), as well as a military tradition known as the challenge coin.

The challenge coin is a coin usually given out by generals or other high-ranking officers and members of the military, and service members keep it in their pocket, Barone said. When someone takes it out, everyone at the table or in the area has to do the same thing.

This is the first time this event will have been held, and both Barone and Rose hope to see it continue to grow in the future. The pair had three months to get everything ready, and both hope that having a little more time will make the event even better going forward.