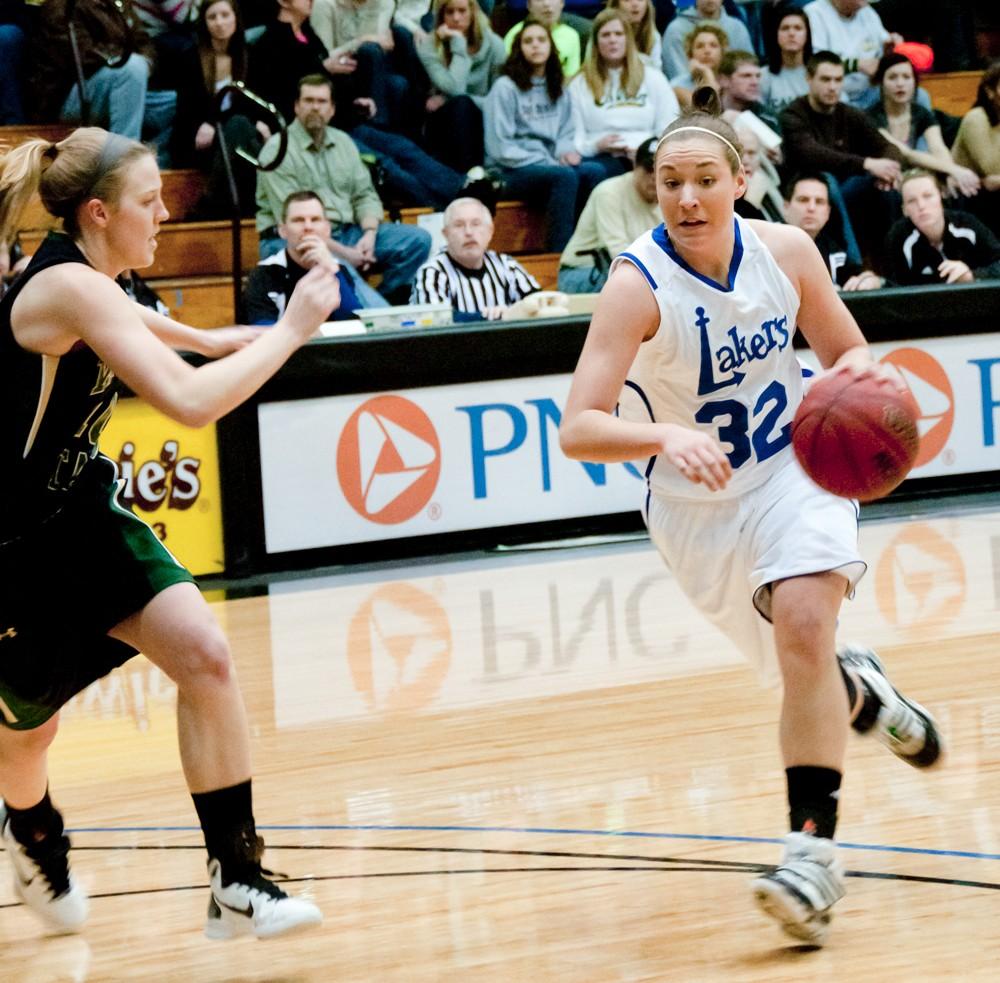 As the saying goes, sometimes the end is only the beginning.

That could be the case for a young, talent-laden Grand Valley State University women’s basketball team after they were felled 67-60 by Drury University in the first round of the NCAA Midwest Regional on Friday night.

The Lakers finish the season with an overall record of 20-9 while Drury lost its subsequent game against regional-host Michigan Technological University on Saturday night.

“I thought we played hard, especially considering Jaz (Padin) and Biz (Van Tiflin) were the only ones who had played in the tournament,” Burgess said. “For these young ladies to perform at the level they did, to be successful and get to the tournament is a huge accomplishment for us.”

“It was a really good experience playing in the tournament, even though we didn’t get the desired result,” Stelfox said. “It will make us better though, and we’re eager to get back to that point and keep improving.”

The Lakers took a slim 28-27 lead into halftime after scoring eight consecutive points and trailing 27-20 with 2:33 remaining in the first half.

The teams traded leads to start the second half with GVSU rallying twice from deficits of five and seven points to tie the ballgame. The Lakers led again, 55-54, with 3:27 remaining, but the Panthers used a 13-5 run in the final 3:18 to secure the victory.

Stelfox hit a jumper to bring the Lakers within a point, down 58-57 with 1:32 remaining on the game clock before Drury senior Ja’Nell Jones hit a 3-pointer with 1:19 left to push the lead up to four. Then, the Panthers then hit six consecutive free throws to seal the game.

Next year, the Lakers will return four starters and have a variety of young talent. Stelfox and Briauna Taylor carried the offense for the large part of the season, and will look to do the same in the 2011-12 campaign. Stodola, Padin and sophomore Brittany Taylor will also return for the Lakers. Finally, senior Kara Crawford and sophomore transfer Kellie Watson will return to the hard-court next season.

“We have a lot of talent and experience returning, and we add some young ladies returning from injury as well,” Burgess said. “We’ll have some needed added size, some inside presence and that experience that no one can take away as well as that excitement (from playing in the tournament). These kids did not want the season to end, and that was great to see moving forward.”