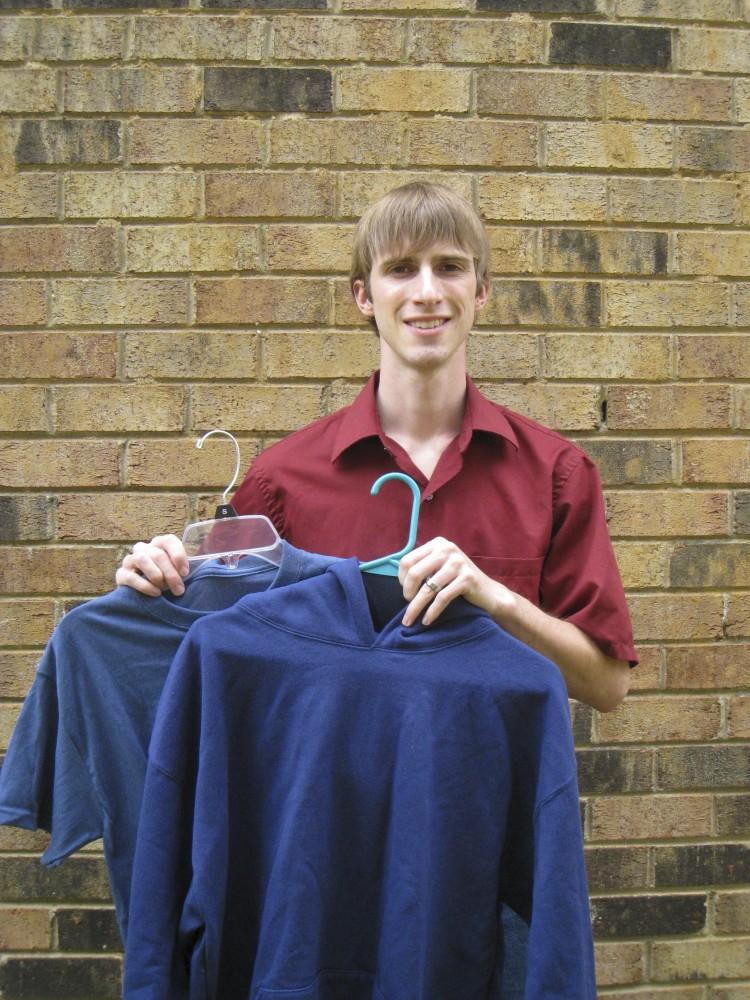 After graduating from Grand Valley State University in 2010 with a bachelor’s degree in geology, Nathan Noll went on to pursue a master’s degree in biological sciences at East Tennessee State University. Upon finishing his degree, Noll began looking for a job that would allow him to be creative, organized, and most of all, beneficial to others – he found that at Gooder Labs, LLC in Johnson City, TN.

“After meeting the owner Ken Talbert, it was clear that he shared similar visions. He was thrilled to bring in someone with such a diverse background that could combine aspects of art, science, and business,” Noll said. “Helping others has been very important to Gooder Labs, LLC as well.”

Gooder Labs is a high-volume printer, averaging 300 shirts per day, Noll said. While the company always tries to support American companies by using only American brands, the prices tend to be much higher than imported products.

Currently 98 percent of all clothing bought in the United States is foreign made, he said.

Noll is now leading a project for the company to create American-made t-shirts and hooded sweatshirts to try to minimize the outsourcing. Heritage Knitting in North Carolina will turn the yarn into fabric and after it is dyed it will be moved to Claiborne Apparel in Tennessee where it will be used to make the shirts.

“Members of my immediate family have felt the results of the economic decline over the past decade. I feel the best way Americans can help our economy is to buy American goods,” Noll said. “Importing also has a large impact on oil consumption, contributing to environmental and political problems.”

The project will offer white, black, red and royal blue t-shirts and sweatshirts during the first run and will expand to more colors and clothing options as time goes on. The designs printed on the shirts will be associated with pop-culture and other fantasy themes.

To eliminate some of the start-up costs, he will be launching the project on Kickstarter – a program where people can launch their ideas to get attention and funding from financial backers.

Noll started off just like other GVSU students that are determined and driven to make it out in the world.

“My best recommendation to students who want to make a difference is to think about things that they are really passionate about,” Noll said. “If something that needs to improve in the country or in the world as a whole, think about what can be done to make it happen.”

Noll said not to try to do everything on your own. Find other people who are just as passionate about certain issues and have the different skills needed to make it to the end goal.

“Never be afraid to follow your dreams. Even if things don’t turn out the same way you first imagined, you are certain to learn a lot along the way and accomplish some great things,” Noll said.
[email protected]