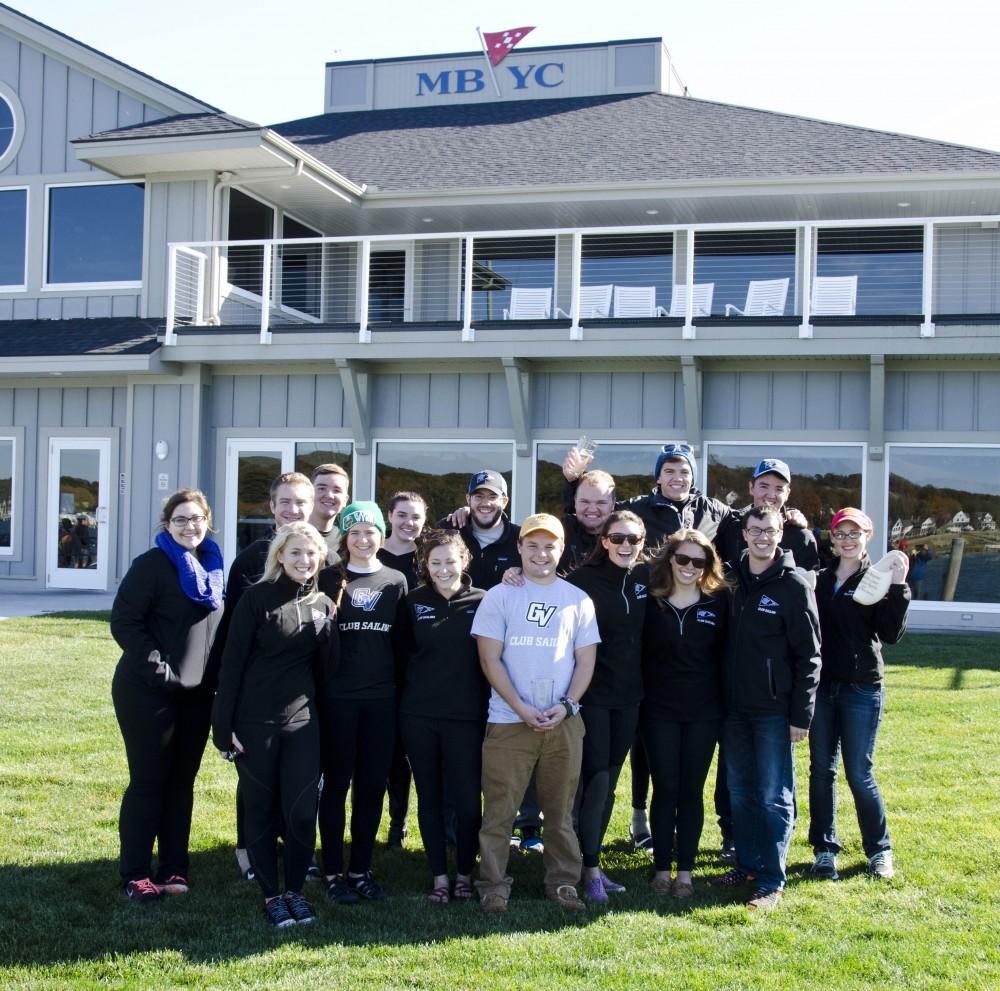 Grand Valley State students may not have heard of the sailing club before, but that could change rapidly this upcoming season, if the headlines the club has been receiving recently are any indication.

After attending the MCSA Midwinters Conference last weekend, the club was approved to move up from associate to provisional status. This is considered a trial run for the club, and allows it the opportunity to demonstrate abilities to assume the obligations and responsibilities of a regular membership.

“With our team moving up to provisional status, we are allowed to compete in championship regattas,” said Abbey Barnes, club president. “These regattas allow for our team to compete against the very best.”

The club team is a young program. GVSU celebrated its three-year anniversary on Jan. 30. With the young program about to compete against the best, the club was able to find one of the best coaches around.

The Lakers announced coach Cappy Capper, former sailing coach at the University of Minnesota, would take over the GVSU program. Not only will Capper be coaching GVSU, but he will also become the new sailing director of the Macatawa Bay Junior Association.

“I have had a couple of meetings with the GVSU sailing team leaders and I am very impressed with what they have accomplished,” Capper said. “Starting a sailing team from scratch is not an easy task, but they have done a great job.”

Capper’s resume and past experience is no joke. Besides working with a storied sailing program at Minnesota, he has also been working for U.S. Sailing as the master coach trainer and a national team coach.

His new job as the MBJA sailing director will benefit GVSU heavily in recruiting. GVSU’s club has made it a priority to engage as much as possible with the MBJA, a relationship that Capper says will only strengthen in the future.

“I would compare coach Capper to Jim Harbaugh at Michigan,” said Nick Zomer, club vice commodore. “He is a huge force within the sailing community in the Midwest and has made promoting and shaping Midwest youth, high school and collegiate sailing his life.”

If all this news and buzz isn’t enough for the GVSU community, the club will also host this year’s MCSA Fall Championship. The event is a regatta where 10 of the best teams in the MCSA compete at the end of the year.

“GV Club Sailing is extremely excited to host and compete in the Fall Championship,” Barnes said. “This opportunity gives our team, yacht club and even West Michigan outstanding recognition, which will hopefully bring about more sailing for all ages.”

The club continues to try and build a name for itself at GVSU. The team knows, however, that all this news and hoopla will not matter unless its results in regattas back it up. GVSU will try to hold its ground against more experienced programs like the University of Michigan and the University of South Florida.

“We are beyond ecstatic to represent our school and do what we love,” Zomer said. “We are also beyond thankful to GVSU for its support of our team and other organizations through grants and leadership.”

A new format, a new coach and new regattas should help the GVSU club sailing team break through in 2016.