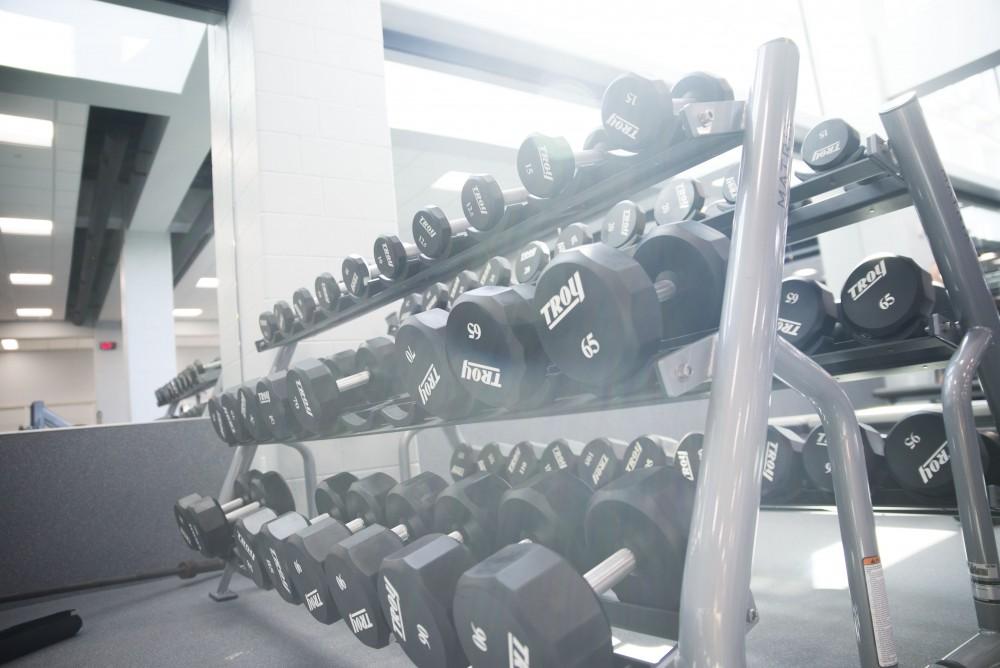 Part one of the construction on the Recreation Center that began in September of 2015 has now been completed. Returning students will most likely notice the new main entrance, but space was also added for strength training, free weights and weight machines, along with a new studio for group exercise classes.

Brad Wallace, director of athletic and recreational facilities, said approximately 50,000 square feet of space was added, which doubles the size of the old Recreation Center.

Phase two of the construction is now underway, and will likely be completed in the winter 2017 semester. In phase two, new basketball and volleyball courts will be added, as well as a third multi-activity court which, Wallace said, will look like a “small hockey rink with a rubberized floor.”

“Individuals, groups and classes will enjoy activities such as soccer, floor hockey and basketball in this area,” Wallace said.

The expansions were approved by the Board of Trustees in February of 2015 at $7.2 million for phase one and $12.8 million for phase two. Wallace said both projects will be completed within budget and will be paid for with the university’s campus development fund.

The company handling the construction work, Erhardt Construction, are known for their work in Grand Rapids with public and private works, religious buildings, the Van Andel Arena, and most notably the original campus of Grand Valley State College in 1963.

Scott Whisler of Facilities Planning said Erhardt Construction, which is managing the project, will be working closely with GVSU to minimize disruptions for students.

“We always work with the construction managers to minimize disruption with students and staff,” Whisler said. “Renovation projects within occupied areas are always a challenge, but with close collaboration with the staff, we managed to keep disruption to an acceptable amount.”

Whisler said the most difficult part of the construction process was keeping the Recreation Center safe for students to use equipment.

Wallace said the goal of these expansions was to “create much needed exercise space, equipment and court space for our growing student population.”

Wallace believes the benefit of these expansions comes from student well-being.

Wallace said he and his staff are gearing up for a “great turnout.”

“We anticipate that we will see an increase in usage throughout the year now that space and equipment are more regularly available. We would love to see as many student, faculty, staff as possible take advantage of this great resource,” Wallace said.

Phase one added 156 new pieces of exercise equipment to fit the new space, totaling 342 various forms of cardio machines such as treadmills, ellipticals, stairmasters and strength equipment like weight benches, squat racks, leg curls, bicep curls and more. These numbers only reflect actual machines, and do not count items like dumbbells, weight plates and other miscellaneous equipment.

Also added in phase one of the construction were men and women’s locker rooms, and a third locker room designated as a “gender-inclusive locker room.”